Ever wonder what kind of milkshake Sabrina Spellman would order at Pop’s? Well, Kiernan Shipka’s idea for a Chilling Adventures of Sabrina and Riverdale crossover is so plausible, fans might just one day find out. But which series’ star would make the first move? “My idea, personally, is that I think we need to get one of the Riverdale characters over on our show," Shipka told Entertainment Tonight during a recent Sabrina set visit in Vancouver. Some sort of mashup would totally make sense too, since both hit series were adapted from the Archie Comics and Sabrina‘s Greendale is one of Riverdale’s neighboring towns.

Shipka (Sabrina‘s title character) elaborated to ET how the crossover between her Netflix series and the CW hit could work:

The bad news? "Both shows are so tonally different … that there’s no way that [we] can have a real merge of the two shows," Shipka added during the ET sitdown. "I don’t think that could ever happen. Like, do you remember when Disney did the That’s So Suite Life of Hannah Montana? We can’t have That’s So Suite Life of Hannah Montana happen on this show…" (Riverdale‘s Jughead, actor Cole Sprouse, of course, played Cody on the Disney show, so Shipka did have to correct herself and joke that they "could get some Suite Life on this show.") 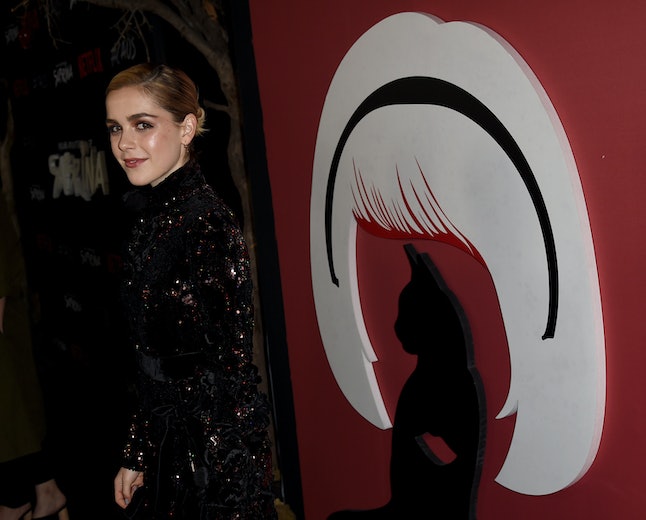 Even so, she’s keeping her fingers crossed. During an October appearance on Live With Kelly and Ryan, she said that "selfishly, as a Riverdale fan," she’s really hoping that there is a Sabrina and Riverdale crossover. After all, as she (quite adeptly) wondered: If "so much stuff is going" down in these two "action-packed" neighboring towns — the character’s aren’t talking about or bonding over all the craziness?

For her part, Lucy Davis, who plays Sabrina’s funeral home-running Aunt Hilda, had an idea of her own for ET. “I feel like they should wander into our town or, perhaps, they’ve lost someone and need the Spellman Mortuary," explained the actor. "I still like the idea of mortals coming across different worlds — whether that’s the world of a superhero or whether it’s the witch world — I like the idea of them coming along and being surprised by things that they see, so I’d like that.” 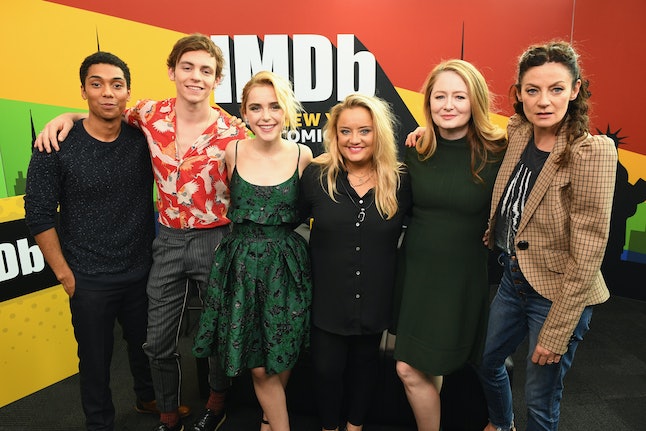 Meanwhile, Chance Perdomo’s crossover wish list, he told ET, involves his character Ambrose solving a mystery with Sprouse’s Jughead: “I would love to see Sabrina and the [Riverdale] core four go off and do some witchy things. All of them together – like Archie and Sabrina – all doing witchy-esque things.”

While Tati Gabrielle (Prudence) would like to team up with either Riverdale‘s Cheryl (Madelaine Petsch) or Veronica (Camila Mendes), castmate Jaz Sinclair (Roz) is totally team Betty (Lili Reinhart) and thinks they "would get into some good stuff together.” 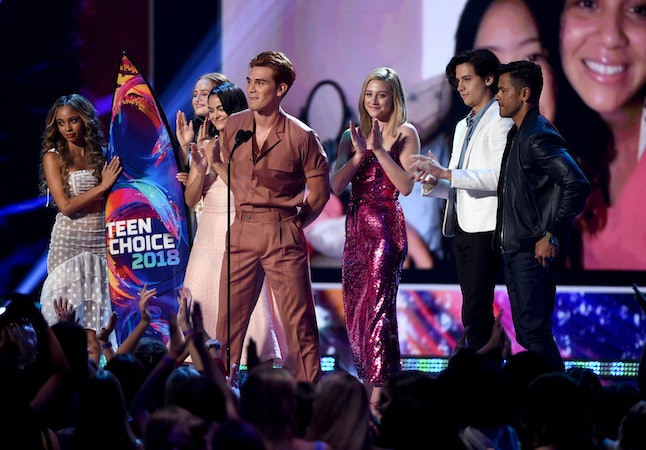 Not everyone in the cast is quite so eager to mix and mingle, however. Actor Michelle Gomez (AKA Ms. Wardwell, AKA Madam Satan herself) told ET she feels like "this is our time right now" and wants Sabrina to shine on its own. "Maybe there will be some stunt stuff further down the line when we’re all getting jaded and tired of it and we’re five years in," said Gomez. "Who knows? But at the moment, I feel like I’m one of the puritans. But we’ll see, maybe there will be a crossover.”

Another thing that both Sabrina and Riverdale have in common is that they share the same executive producer and showrunner, Roberto Aguirre-Sacasa. In an interview, also with ET, he divulged that although he’s currently focused on completing Chilling Adventures of Sabrina‘s Season 2, he’s "definitely dreaming of a crossover" and that serious discussions could happen in 2019.

It sounds like Greendale meets Riverdale event may just bewitch fans in the not-so-distant future.