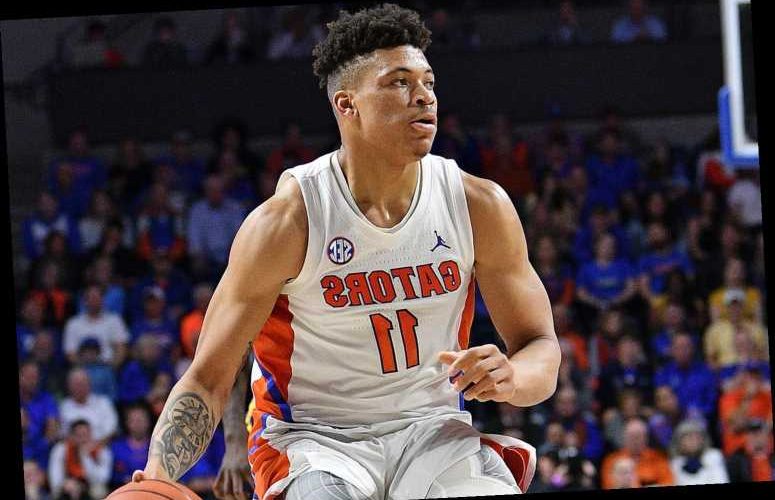 Keyontae Johnson, the University of Florida Gators basketball player who suddenly collapsed during a game in December, is speaking out about the incident for the first time.

The 21-year-old became unconscious just minutes into a matchup against Florida State University on Saturday, Dec. 12, shortly after scoring a point, ESPN reported at the time. Johnson received immediate medical attention and was taken to the locker room before being transferred to Tallahassee Memorial HealthCare. He spent 10 days at the hospital and was released on Dec. 22.

"I would say I'm blessed to be here, yes. There's just not a lot more to say that that," Johnson recently told FloridaGators.com before praising the cardiologist who rushed to his side following his collapse.

"I was passed out. I could have died," he recalled. "She jumped out on the court and saved me. If it isn't for her, I may not have had a second chance in life. You just can't take life for granted." While neither Johnson nor his family has yet disclosed what caused the incident, the athlete did say doctors told him it was not COVID-related.

"Right now, I just feel normal," he told FloridaGators.com. "Like nothing really happened to me. I mean, mentally, I know everything that happened, but if someone were to come up and see me they wouldn't know what had happened to me two months ago."

While he won't be able to play again during the 2020-2021 season, Johnson said his medical team has left open the possibility of him making a return in the future. For now, he rejoined the team in late December to help the coaching staff while recovering. So far, it's been something he's enjoyed.

"I felt that was the best idea for me, as far as being with the team," he said of staying focused. "In the past, we'd had some guys, some instances, where players got hurt and mentally kind of went away. Got disengaged. I wanted to learn from that and stay engaged. This was the best way I could also learn while not playing and still study guys, study teams, study plays. I like it."

As of now, Johnson said he is hoping he can return to basketball activities during the summer.

"Right now," he said, "until the doctors say otherwise, I'm going to stick with the positive mindset that I'm playing again."