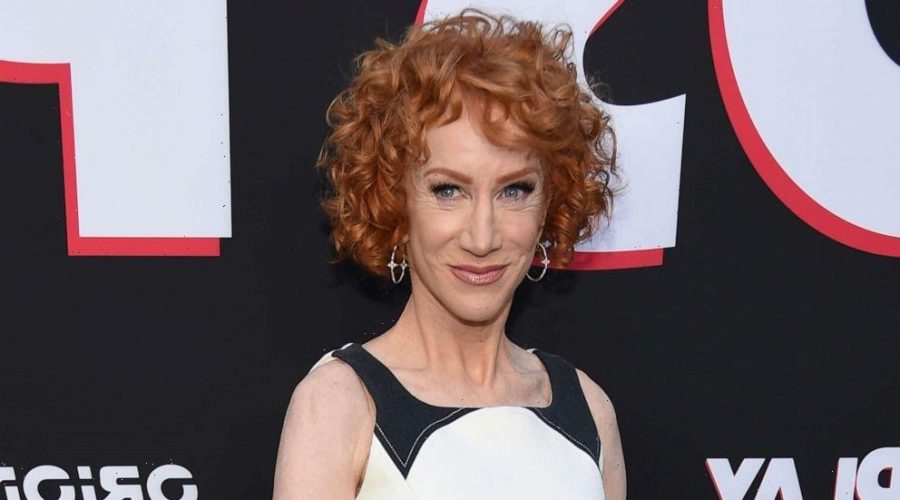 Kathy Griffin shared a video update on her recovery after having a portion of her left lung removed following her cancer diagnosis.

The comedian posted a short video on Instagram Saturday, saying she is in good spirits.

“I might start to post little videos about… my recovery and stuff, but my voice is, like, really hoarse, and I don’t want to scare people,” Griffin joked. “Also, for some reason, I laugh at everything now and, if it’s horrible, I laugh way more!”

The video ended with the comedian showing off her laugh.

The 60-year-old comic said that her husband had an accident in the kitchen and remarked: “If he’s calling for my help, it must be bad because I can’t do anything!”

“I’m going to hell for laughing,” she continued, noting she ran from the bedroom where she was resting and was only in her undergarments. Griffin’s wild story continued as she revealed that while her husband was away to go get stitched up, someone knocked on their door.

Griffin noted she was “too famous” to safely answer the door but remembered a friend of hers promised to mail her ice cream bars. “I’m thinking, ‘I don’t care if I have cancer… I’m getting those [damn] ice cream bars,'” she said and giggled.

The comedian was recently diagnosed with stage 1 lung cancer and underwent surgery last week to remove half of her left lung. Among those wishing her well in her latest updates were famous friends Laverne Cox, Kris Jenner and Rosie O’Donnell.