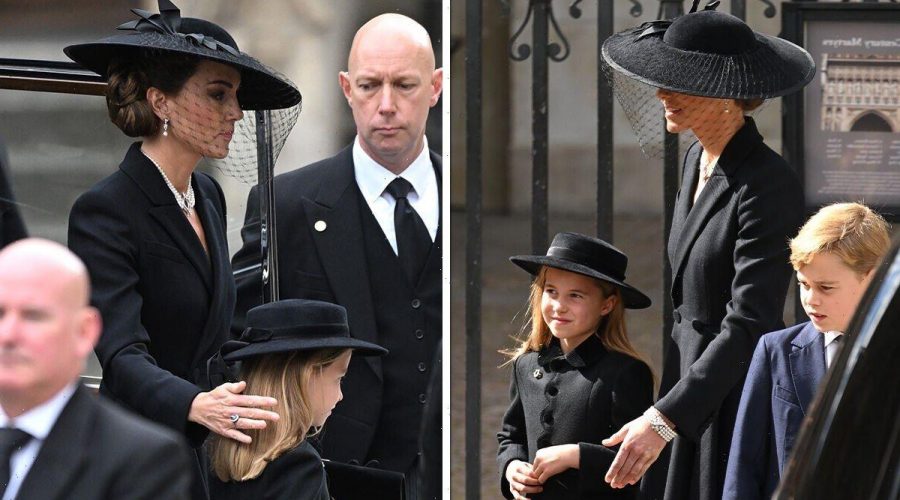 Queen Elizabeth II’s funeral took place today, September 19, at Westminster Abbey. Many members of the British Royal Family were present, as well as European royals and heads of state. As for the Cambridges, Prince George and Princess Charlotte accompanied their parents as Prince Louis stayed at home.

Kate was seen subtly comforting her children as they headed into Westminster Abbey, demonstrating her maternal instincts.

Body language expert Judi James claimed that the Princess of Wales was likely itching to give her children a hug each, but had to suffice with a hand on their shoulders.

She said: “Kate looked so elegant and regal in her grief today, walking out of the service placing a reassuring and steering arm around her two children in a gesture that mimes the full hug she would probably be aching to give them.

“Camilla walks ahead, rather more solitary and open in her grief, with a solemn facial expression and downcast eyes. 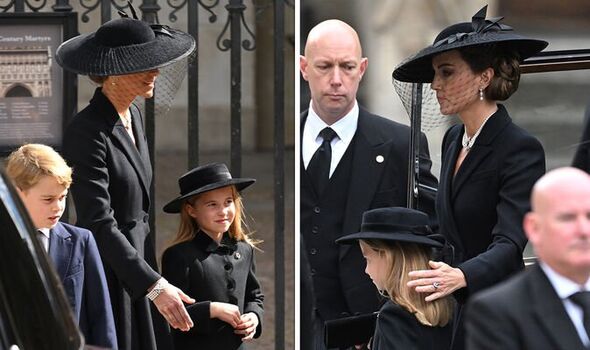 “However, in the car she shared with Kate and the children en route, her chatting and pointing gestures suggested that, like Kate, she was busy keeping the children occupied and engaged.”

Judi added that “Sophie followed the two royal women alongside Meghan and it was clear she was struggling with her tears that seem to have been flowing openly since the Queen’s death”.

She continued: “Sophie looked distraught in the service, fiddling with her bag and with a hankie in her hand that she was dabbing tears with and even watching with concern and care as her husband Edward pulled out his own huge white hankie to keep blowing his nose.”

Sophie also shared a comforting moment with Prince George as she put an arm around him inside Westminster Abbey.

George and Charlotte attended the funeral today after days of speculation over their presence.

The decision for them to attend was made without “pressure”, a royal editor said, as the siblings were free to make their own choice.

The Sunday Times’ Royal Editor Roya Nikkhah said: “My understanding from William’s and Catherine’s team is that that decision was made yesterday.

“But it was really up to whether the children felt they wanted to be there. 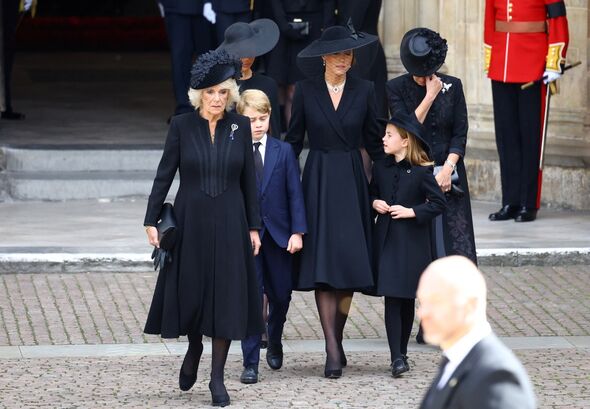 “And I know that William and Catherine have been speaking to them a week.

“There has been no pressure at all despite the world wanting to see the symbolism of the future king George at his great-grandmother’s funeral.”

Ms Nikkhah continued: “There was no pressure.

“It was a call they made personally.” 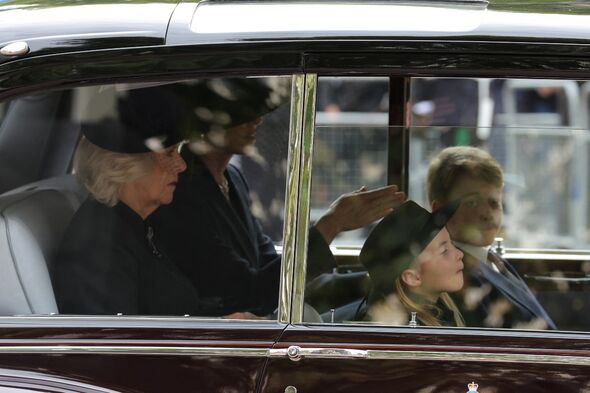 For the occasion, George wore a navy blue suit while Charlotte donned a collared black coat dress, not unlike her mother’s.

She paired this with a wide-brimmed hat and a sweet brooch.

The brooch was in the shape of a horse shoe, which could be a special tribute to the Queen as it refers to the late monarch’s love of her horses.

The late monarch was happiest in the countryside surrounded by her horses and dogs.

09/19/2022 lifestyle Comments Off on Kate, Princess of Wales is ‘regal’ even in grief expert suggests
Recent Posts