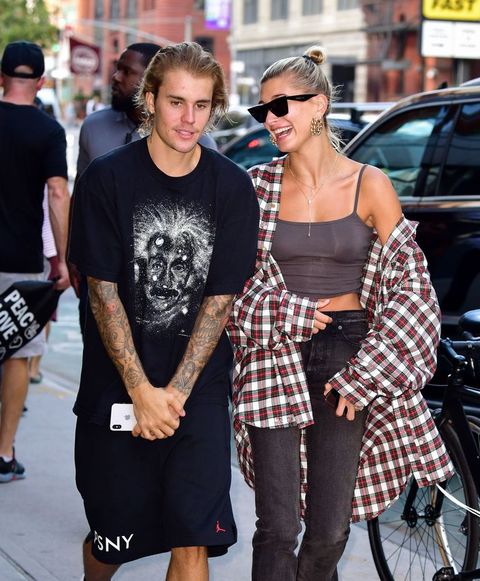 It turns out that the newly-married Justin Bieber is very relatable, and just like you, would rather hang out and watch movies than go to work (plus, he’s too busy befriending dogs in strollers and eating burritos sideways to record any new music at the moment anyways).

People reports that JB has been scaling back on work in order to spend time with his new wife Hailey Baldwin. According to a source, Justin “doesn’t seem ready to record new music yet and keeps saying that he just wants to hang out with Hailey…Justin likes to just hang out, watch movies and chill.”

Justin’s net worth is reportedly around $265 million, so he obviously doesn’t need to work if he doesn’t want to (and it’s not like I’m jealous of that at all!!!), but money isn’t what’s motivating this break. “He’s been on the go for a long time, and he’s enjoying a laid-back season of life,” the source adds. “He is enjoying time with the woman he loves, and doesn’t want anything to get in the way of that. He’ll get back to work soon.”

And knowing Justin and Hailey, this free time will be filled with PDA, and hopefully more of Justin performing music on the street when he gets bored.