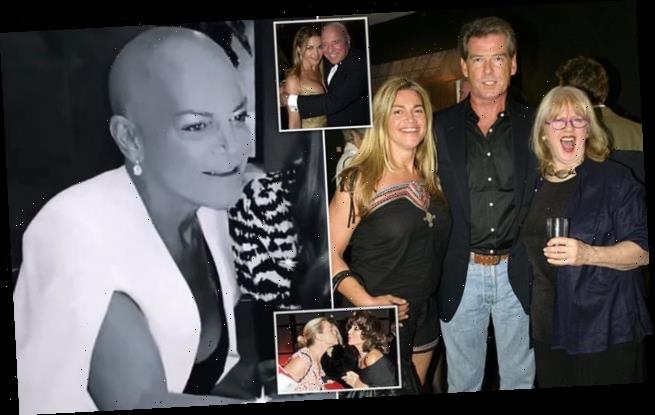 Joan Collins’ film producer goddaughter has revealed she has terminal cancer in a moving first-person piece for Tatler magazine.

The mother-of-two was diagnosed with stage 4 colon cancer and stage 4 uterine sarcoma – a rare cancer of the uterus – in February 2019 and was told she had ‘six months to live’ if she didn’t have treatment and ’33 months’ if she did. 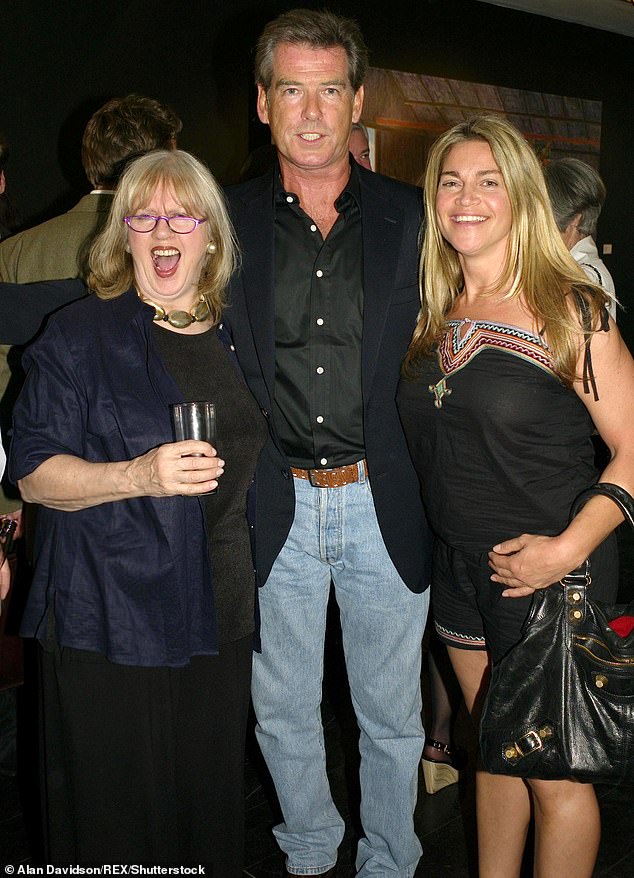 Moving: Milica Kastner, 49, daughter of American film producer Elliott Kastner and British celebrity interior designer Tessa Kennedy, was diagnosed with cancer in February 2019. Pictured: Milica and Tessa with Piers Brosnan at an event in 2007. Milica was a close friend of Brosnan’s daughter Charlotte, who lost her battle with cancer in 2013 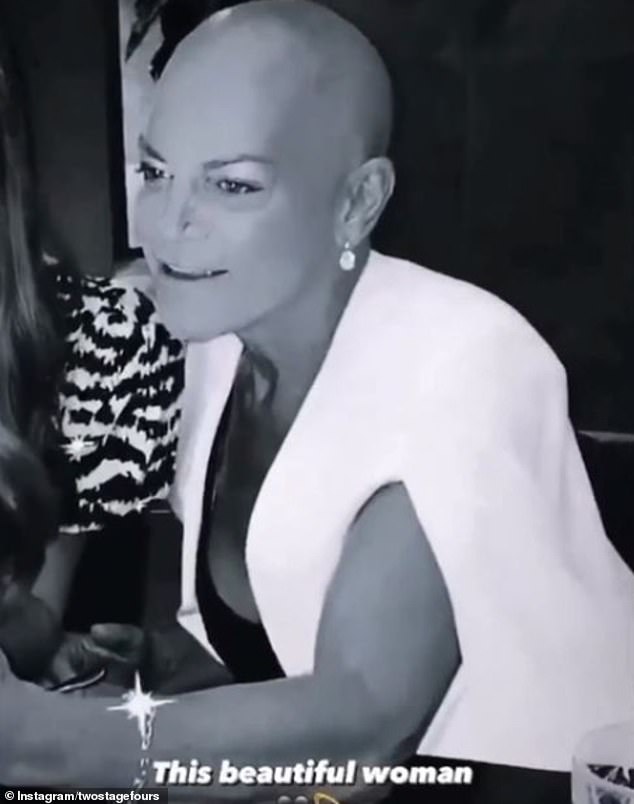 ‘Scary’: Now, almost two years after her diagnosis, Milica is sharing her story publicly for the first time. Pictured, Milica in a photograph shared on her Instagram account Two Stage Fours

Now, almost two years later, Milica is sharing her story publicly for the first time. ‘Having had two stage 4 cancers I was inspired to share my story even if it helps four people,’ she explained on her dedicated Instagram account, Two Stage Fours.

Milica was born in January 1972 to Kastner, whom she describes as a ‘tough, Jewish, New York film producer with a heart of gold’ and ‘social swan’ Kennedy, whose clients have included Elizabeth Taylor and King Hussein of Jordan (who was also Milica’s godfather).

Kennedy made headlines in the 1950s when, aged just 18, she defied her father’s wishes and married painter Dominick Elwes, who was eight years her senior.

Her father Geoffrey obtained a restraining order preventing the couple from marrying in England or Wales, prompting the young lovers to travel to Cuba where they had a civil ceremony at a Havana hotel owned by notorious gangster Meyer Lansky. 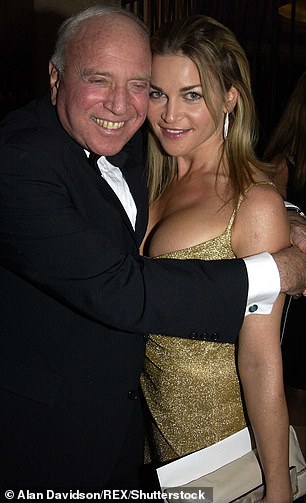 They later fled the country and legally wed in New York before returning to England where Elwes was initially arrested and temporarily jailed for contempt of court.

She had three sons with Elwes, including actor and star of The Princess Bride Cary Elwes, before divorcing in 1967.

She married husband Kastner, best known for Where Eagles Dare (1968), The Long Goodbye (1973) and Angel Heart (1987), and had son Dillon before welcoming Milica.

Princess Grace of Monaco and Princess Firyal of Jordan were named her godmothers. After Grace Kelly’s death in a car crash, Dame Joan Collins stepped in.

In Tatler, Milica recalls the charmed upbringing she enjoyed as the daughter of a Hollywood producer.

‘One of my earliest memories is a magical Easter at Frank Sinatra’s house in Palm Springs,’ she wrote. ‘Grace Kelly (my godmother), the Grants, the Pecks and Roger and Luisa Moore (my brother Dillon’s godparents), were all there.’

Milica, who befriended Robbie Williams when she moved in next door to him in Notting Hill, spent some time in Los Angeles before moving back to the UK, where she now lives with her two children.

She has a son Jack, 15, with American film producer Cary Woods, and daughter Sophia, 11, whose father is art dealer Alex Corcoran. 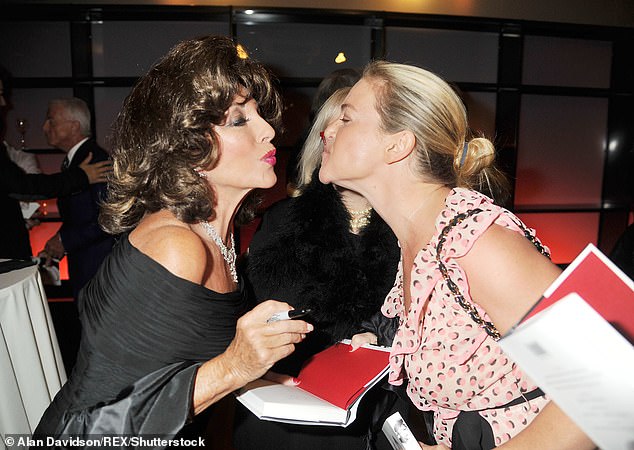 Close: Princess Grace of Monaco and Princess Firyal of Jordan were named her godmothers. After Grace Kelly’s death in a car crash, Dame Joan Collins stepped in (pictured in 2011) 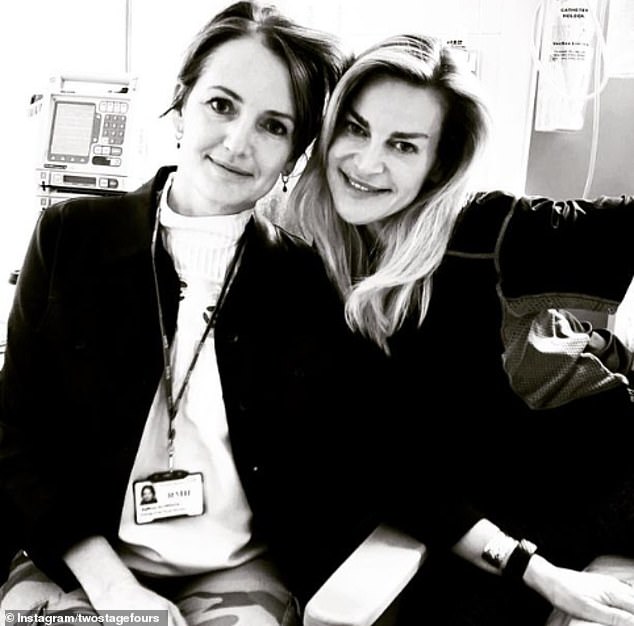 Although she has seen the illness up close, Milica admitted her own diagnosis was ‘shattering’.

‘Having terminal cancer, it turns out, is scary,’ Milica wrote. ‘You can’t control it – it controls you. Sometimes, I panic that I won’t see my children grow up or get to watch what they do with their lives.’

As well as undergoing chemotherapy, Milica recently underwent an operation to remove a tumour from her brain after doctors discovered the disease had spread.

However she ended the article on an optimistic note, saying she believes she ‘has the power to floor the cancer, to beat it at its own game’.

She added: ‘We all have a story and I am choosing not to be a victim in mine. When you do that, it’s game over.’