Vying for the coveted title of Justin Timberlake’s best friend! Jessica Biel and Jimmy Fallon went head-to-head in a battle of “who knows him better” answering hilarious questions about the Man of the Woods crooner. 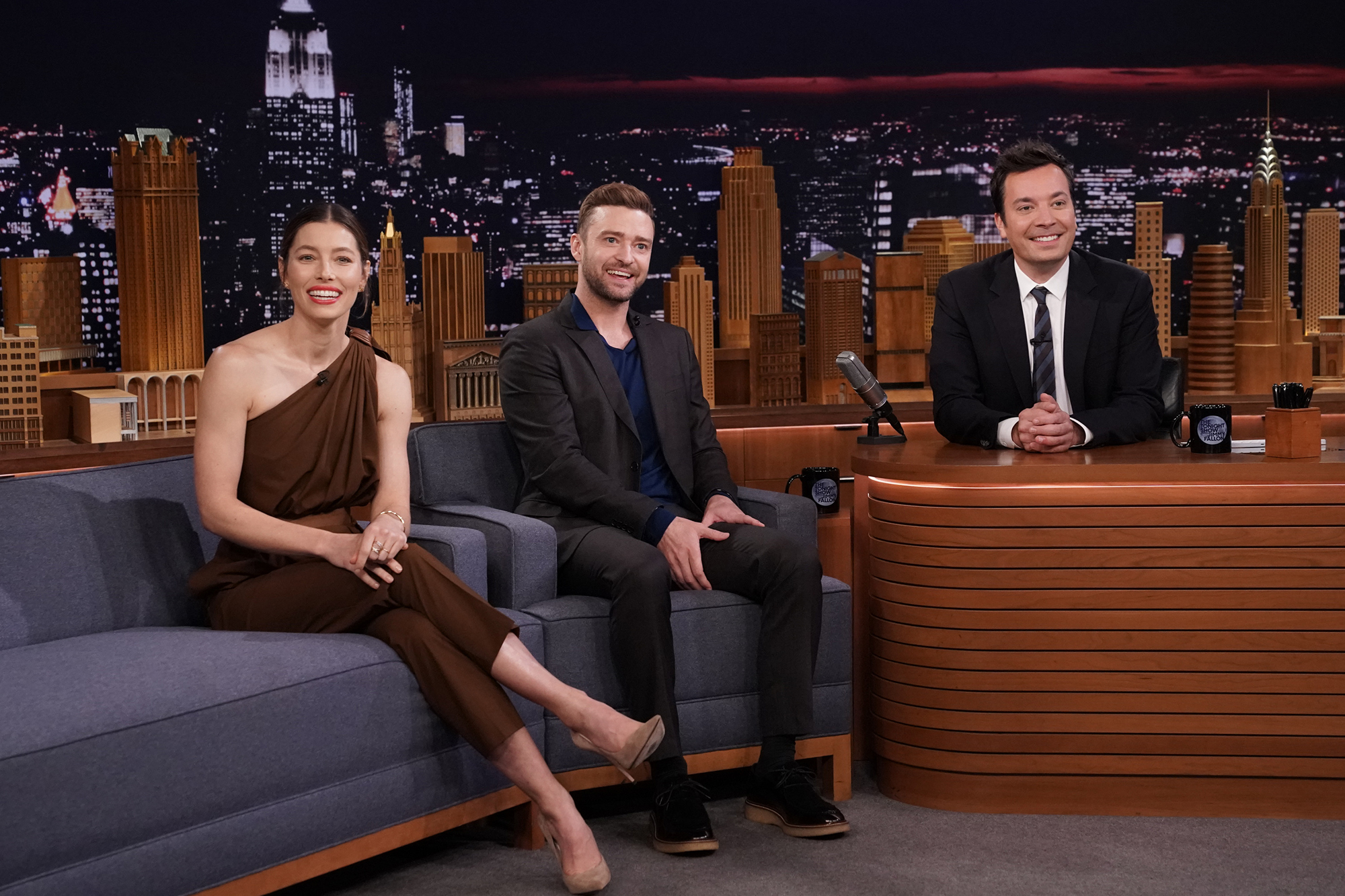 The 36-year-old Sinner actress — who’s been married to Timberlake, 37, since 2012 — made an appearance with her husband on the Thursday, November 1, episode of The Tonight Show Starring Jimmy Fallon when she was brought to tears through laughter.

Fallon challenged Biel to a series of senseless knowledge about the “Cry Me a River” singer, which she aced 200 percent — until the final mindless question. (Timberlake is currently on vocal rest, so participated in the game by using nothing but white paper signs and hand gestures.)

“What number am I thinking of between 1 and 5000,” Timberlake’s sign read. After pondering the question for a minute, Biel submitted an incorrect guess, while Fallon came out on top.

“4297,” the comedian — and close pal of Timberlake — guessed, to which the Hindsight author revealed that was exactly what he had written down on his paper.

“You know what guys,” the 7th Heaven alum quipped as she took off her wedding ring and handed it to Fallon before heading off-stage. “I’m done, I’m done. Bye!”

Timberlake, meanwhile, sat in silence with a look of shock on his face while Fallon gushed, “How did we guess that one? I guess we really are soulmates and best friends.”

The “Mirrors” singer most recently opened up about his relationship with Biel in his new memoir, Hindsight & All the Things I Can’t See in Front of Me. (The couple share 3-year-old son Silas.)

“I’ve watched my wife change. I’ve watched her body change. It’s a temple. It should be worshiped. It should be marveled at,” the Grammy winner wrote adoringly in one excerpt. “I’m fascinated by her. She’s everything, man. She just constantly surprises me with who she is, and who she’s becoming, and I really hope I do the same for her. I’m excited to see what she’s going to do next. I wake up and roll over and look at her, and I’m inspired.”

For all the inside details on the biggest celebrity stories and scoop this week, subscribe
to our new podcast “Us Weekly’s Hot Hollywood” below!