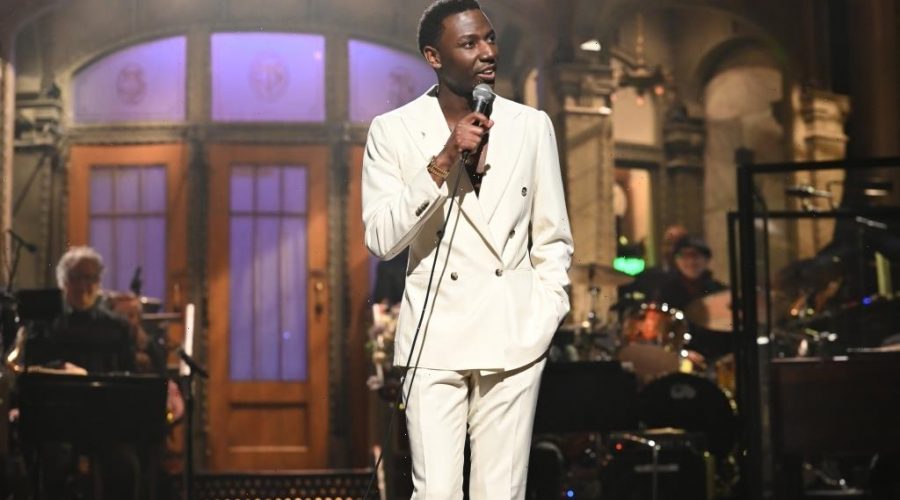 Emmy-winning comedian Jerrod Carmichael has signed on to host the 80th Golden Globe Awards as it returns to NBC next month. NBC, the Hollywood Foreign Press Association and telecast producer Dick Clark Prods. were set to announce Carmichael on Thursday, Variety has learned.

“We’re so excited to have Jerrod Carmichael host the historic 80th Golden Globe Awards,” HFPA president Helen Hoehne said in a statement. “His comedic talents have entertained and thrilled audiences while providing thought-provoking moments that are so important in the times we live. Jerrod is the special kind of talent this show calls for to kick off the awards season.”

It’s a homecoming of sorts for Carmichael, who starred in three seasons of the critically acclaimed sitcom “The Carmichael Show” on NBC from 2015 to 2017. More recently, he guest hosted an episode of NBC’s “Saturday Night Live” in April.

Carmichael received an Emmy nomination this year in the guest actor in a comedy series category for his “SNL” hosting gig. But his big win at the Emmys this past September was for his landmark HBO Max comedy special “Jerrod Carmichael: Rothaniel,” for which he earned the award for writing in a comedy special.

“Jerrod Carmichael: Rothaniel,” which was directed by comedian Bo Burnham, was lauded for its brutally honest, yet extremely funny, personal account. In “Rothaniel,” Carmichael revealed that he is gay, and shared the sometimes painful, sometimes humorous, reaction he received from family and friends about his personal truth.

Carmichael will helm the three-hour telecast on Tuesday, Jan. 10, 2023, from the Beverly Hilton hotel in Beverly Hills, Calif. NBC and Peacock will air the show live across the country, with Dick Clark Productions and Jesse Collins Entertainment producing in association with the HFPA. Collins and Dionne Harmon will serve as executive producers.

“Jerrod is a phenomenal talent with a fresh perspective and excellent comedic style,” said exec producer Jesse Collins, who also serves as CEO of Jesse Collins Entertainment. “We’re all thrilled to have him host this year’s show.”

The hiring of Carmichael comes just days before the HFPA announces this year’s Golden Globes nominations. NBC sitcom stars George Lopez and Mayan Lopez (“Lopez vs. Lopez”) are set to reveal the nods on Monday, at 5:30 a.m. PT, also in the Beverly Hilton ballroom.

The Carmichael announcement is also the culmination of a lengthy effort by Collins, Dick Clark Prods. and the HFPA to find a high-profile name to host the Globes. Other names that had been rumored as being approached for the gig include Kevin Hart.

In Carmichael, the Globes has a seasoned standup vet whose recent “SNL” hosting stint opened with a monologue that was widely lauded — and helped land him that Emmy nom.  Carmichael’s credits also include the 2014 comedy film “Neighbors,” as well as his first HBO stand-up comedy special, “Love at the Store,” directed by Spike Lee. Burnham directed Carmichael’s 2017 special, “Jerrod Carmichael: 8.” As the co-creator and star of “The Carmichael Show,” the series received GLAAD Media Award and NAACP Image Award nominations. In 2021, he made his directorial debut with the comedy-thriller “On the Count of Three,” which premiered at the Sundance Film Festival.

The upcoming Globes also represents a return for the kudocast on NBC after a year-long break following controversy around the HFPA’s operations and lack of diversity in its membership ranks.  The HFPA has been in reform mode since then, and had met with major studios and networks in the spring and early summer to lay out the list of changes the org had made over the past year and a half. In September the Globes struck a new one-year deal with NBC, “which allows the HFPA and DCP to explore new opportunities for domestic and global distribution across a variety of platforms in the future,” according to the press release announcing the return.