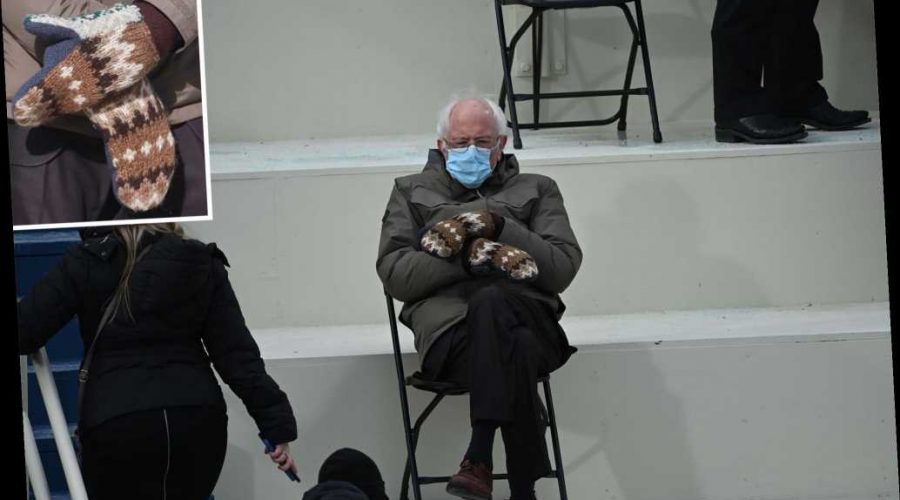 Biden gives up on ‘unity’ for his first action item

Sanders: Dems ready to use rare tactic to push through COVID-19 bill

The teacher who created the recycled wool mittens that U.S. Sen. Bernie Sanders wore to the presidential inauguration — engendering countless memes — is partnering with the Vermont Teddy Bear Company to create a whole mitten line to meet soaring demand, with some of the proceeds going to Make-A-Wish Vermont.

“I can’t be more thrilled, because I personally can’t make 18,000 pairs of mittens,” Jen Ellis said Saturday, estimating how many people have contacted her. “Everybody will get their mittens — everybody.”

Ellis, a Vermont elementary school teacher who has a side business making mittens out of recycled wool, gave Sanders a pair as a gift, and he wore them to President Joe Biden’s inauguration. His fashion look, also featuring a winter jacket made by Burton Snowboards, sparked countless memes prompted by the photo taken by Agence France-Presse: The former presidential candidate could be found on social media timelines taking a seat on the subway, the moon and the couch with the cast of “Friends,” among other creative locales.

Sanders raised at least $1.8 million in merchandise for charities stemming from the Jan. 20 image of him seated with his arms and legs crossed, clad in his brown parka and the recycled wool mittens. Sanders put out so-called “Chairman Sanders” merchandise, including T-shirts, sweatshirts and stickers, on his campaign website.

Vermont Teddy Bear, which makes handcrafted bears for all occasions, including a Bernie one, reached out to Ellis to see if she’d be interested in partnering.

“Jen is going to work hand-in-hand — mitten-in-hand — with each one of our designers” to ensure that the ‘Bernie mitten’ design in multiple patterns is produced in a way that meets her standards of quality, said Hayes McCarthy, vice president of product innovation, brand creative and consumer experience. “We’re excited to be in the mittens category.”

It’s not clear when the first mittens would be available for purchase. Those interested in getting a pair can leave an email at the company’s website.

In the past, Vermont Teddy Bear has made special bears to raise money for Make-A-Wish Vermont, and recently gave office space to the organization for $1 a year, said James Hathaway, president and CEO of Make-A-Wish Vermont. Hathaway said the charity lost $250,000 in revenue during the pandemic.

“We are so grateful to Vermont Teddy Bear, Jen, and of course to Bernie for being so Bernie,” Hathaway said in a statement.