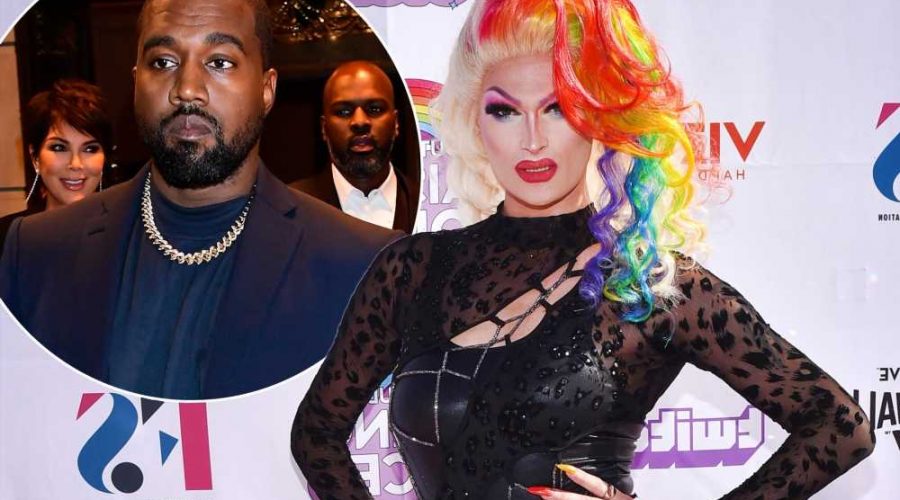 Jeffree Star thinks rumors of his alleged affair with Kanye West are “hilarious.”

The YouTube star, who already denied the rumors earlier this year, said in a new interview that he found them entertaining.

“I thought it was hilarious,” Star told Entertainment Tonight. “I love rumors. I think they’re funny, but some girl on TikTok made it up and it went viral before I even knew.”

Star, 35, whose property in Wyoming further fueled the rumors as West also lives in the state, said his mom actually informed him of the viral video because he hadn’t checked his phone that morning.

“We all have our daily routines. I wake up, my new thing is for the last year and a half, I don’t wake up and immediately grab my phone. I think that’s a behavior that I had to stop,” Star explained.

“I wake up, I enjoy the weather. I take my dogs out. I do a little exercise and then I hop on. So, I didn’t even get to go to Twitter or Instagram. I just saw my mom going, ‘What the hell is this?’ … She’s like, ‘Are you not telling me something?’ And I’m like, ‘What are you talking about?’ And I clicked it and I was like, ‘Oh, got it.’ So, it was hilarious.”

The makeup artist joked that the Yeezy designer isn’t his type but would be open to a professional collaboration.

“Listen, we don’t have to collab sexually, but if we want to collab with Yeezys, you know my address,” he said.

In the since-viral video, a TikTok user claimed, “Kanye’s been hooking up with a very famous beauty guru, male beauty guru. A lot of people in the scene have known for awhile.”

When people assumed it was Star, the beauty guru denied his involvement in a YouTube video.

“I guess some girl made up a whole lie on TikTok and it went ‘viral.’ I’m like, ‘How did we even get to this moment?’ How would that even be made up? Because we both live in the same state?” he said.