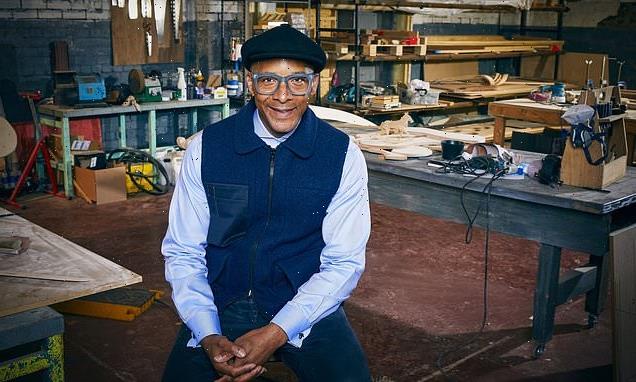 The one lesson I’ve learned from life: The Repair Shop’s Jay Blades, 52, says being vulnerable made me stronger

Jay Blades, 52, is a furniture restorer and TV presenter best known for fronting BBC1’s The Repair Shop. He lives in Shropshire with his fiancee, Lisa, and has three children.

Seven years ago I hit a period of depression. My marriage and business both broke down and I didn’t feel I could ask anyone for help.

As a community worker at the time, I thought I had to support those around me, not the other way round, so I kept all my emotions inside. 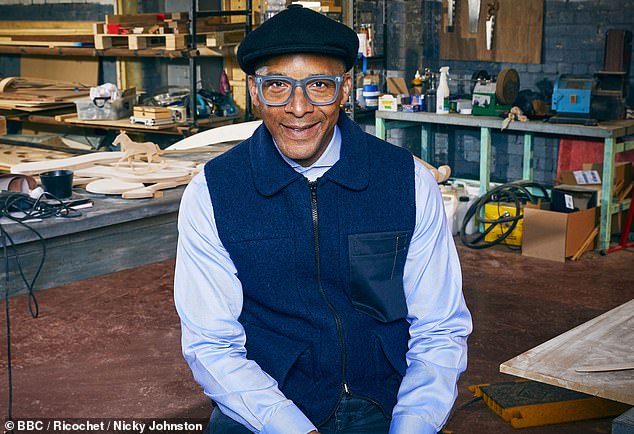 Jay Blades, 52, (pictured) says being vulnerable made me stronger. The TV presenter hit a period of depression seven years ago when his marriage and business broke down

It got so bad that one day I got in the car and just drove. I went off the radar for a week and stayed in a car park. The police found me because I had been reported as a missing person, and a friend came to pick me up.

He said, ‘How are you?’ and I broke down. It was the first time I’d ever cried in front of another man and it was a proper cry, running out of the nose.

At first it was scary, but it gave me so much relief. Years of emotions and tears were released, and that gave me power again. It made me realise that showing vulnerability gives you strength.

Before that moment, I hadn’t cried since I was four or five years old. As my dad wasn’t around, I was told to be the man of the house from a young age, but I didn’t have a role model for that. The only ones I knew were outside the house and they were all ‘tough’ guys; growing up in 1970s Hackney, you couldn’t show weakness or you’d become a victim.

But now everything I do is about being vulnerable, such as the BBC documentary I made earlier this year on learning to read at 51. Being on TV has given me a platform and I try to use that to inspire others. I can reach people I’ve never even met, which is an incredible feeling.

I open up like you wouldn’t believe with my male friends now — no one can go through life alone. Today I have a great support network around me.

I nearly wasn’t going to be here seven years ago, and look what I’ve achieved since then — I even welcomed King Charles into the Repair Shop to celebrate the BBC’s centenary.

This is a geezer who can’t read that well and who isn’t what you would traditionally call ‘TV material’. But the reason I am where I am today is because I’ve let other people in and asked them for help. When you do that, you can really fly.

10/30/2022 lifestyle Comments Off on Jay Blades, 52, says being vulnerable made me stronger
Recent Posts