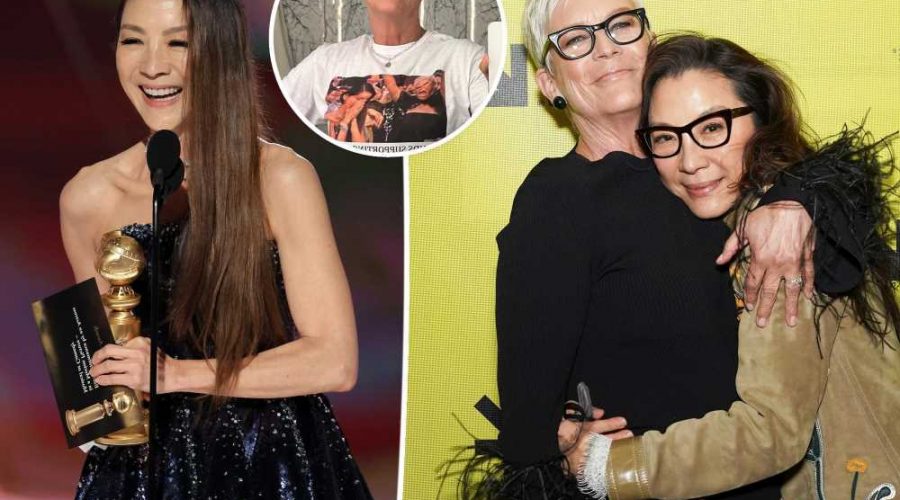 Jamie Lee Curtis may not have gone home with a Golden Globe Award last week, but she was certainly in the winning spirit and thrilled for her “Everything Everywhere All at Once” co-star Michelle Yeoh.

Curtis, 64, whooped and hollered when Yeoh, 60, was announced as the winner of Best Actress in a Motion Picture — Comedy or Musical while the latter covered her face with her hands, a moment that the “Halloween” star has since put on a T-shirt.

“I’m still stunned that a moment of natural exuberance and joy, became some sort of a symbol for women supporting other women,” Curtis wrote on Instagram Saturday under a snap of her wearing the shirt, which she said was given to her by the “Everything Everywhere All at Once” team and includes the phrase “Friends Supporting Friends.” 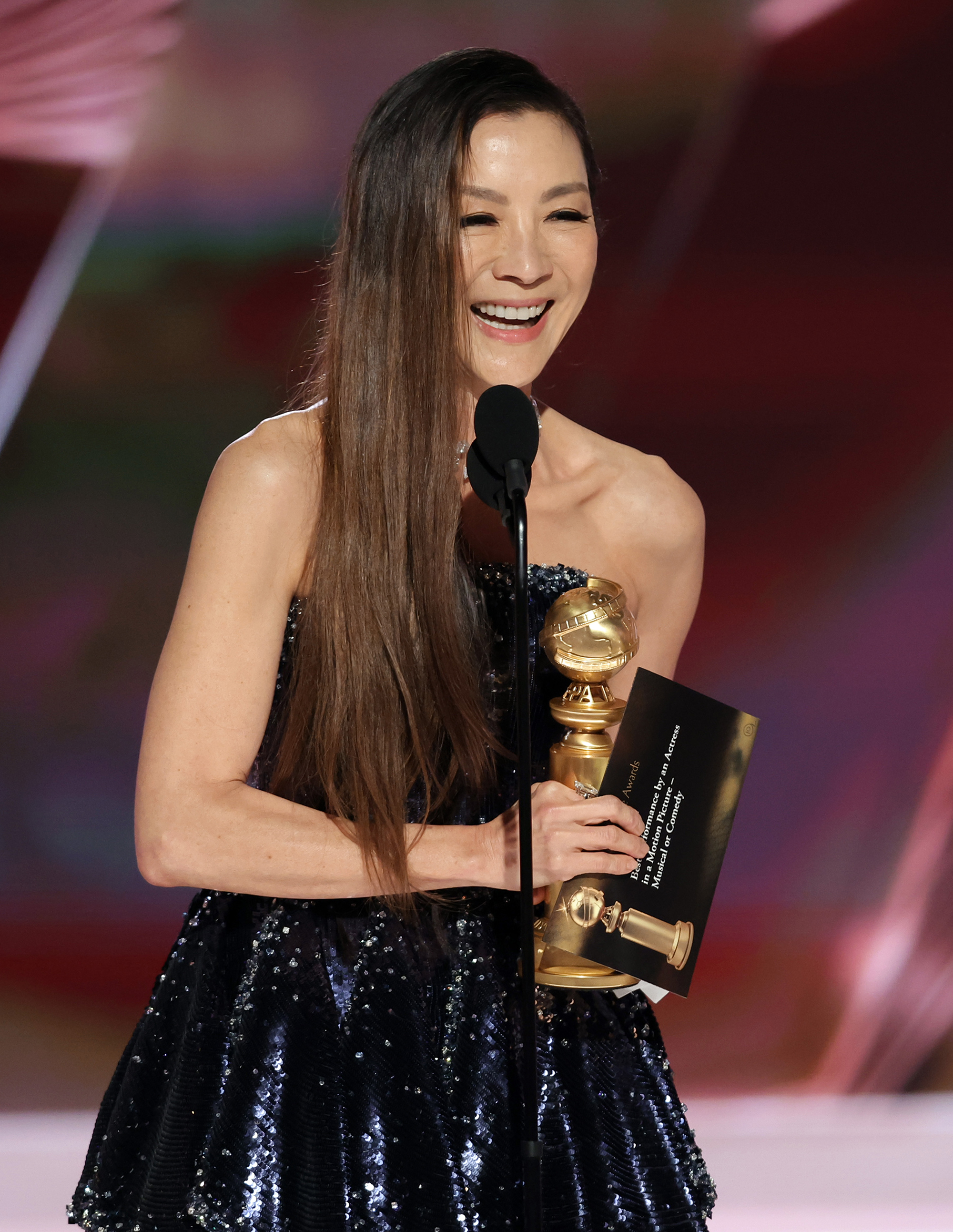 “I remember when I first came to Hollywood, it was a dream come true until I got here because, look at this face. I came here and was told, ‘You’re a minority.’ I said, ‘I know that’s not possible,’” she said. 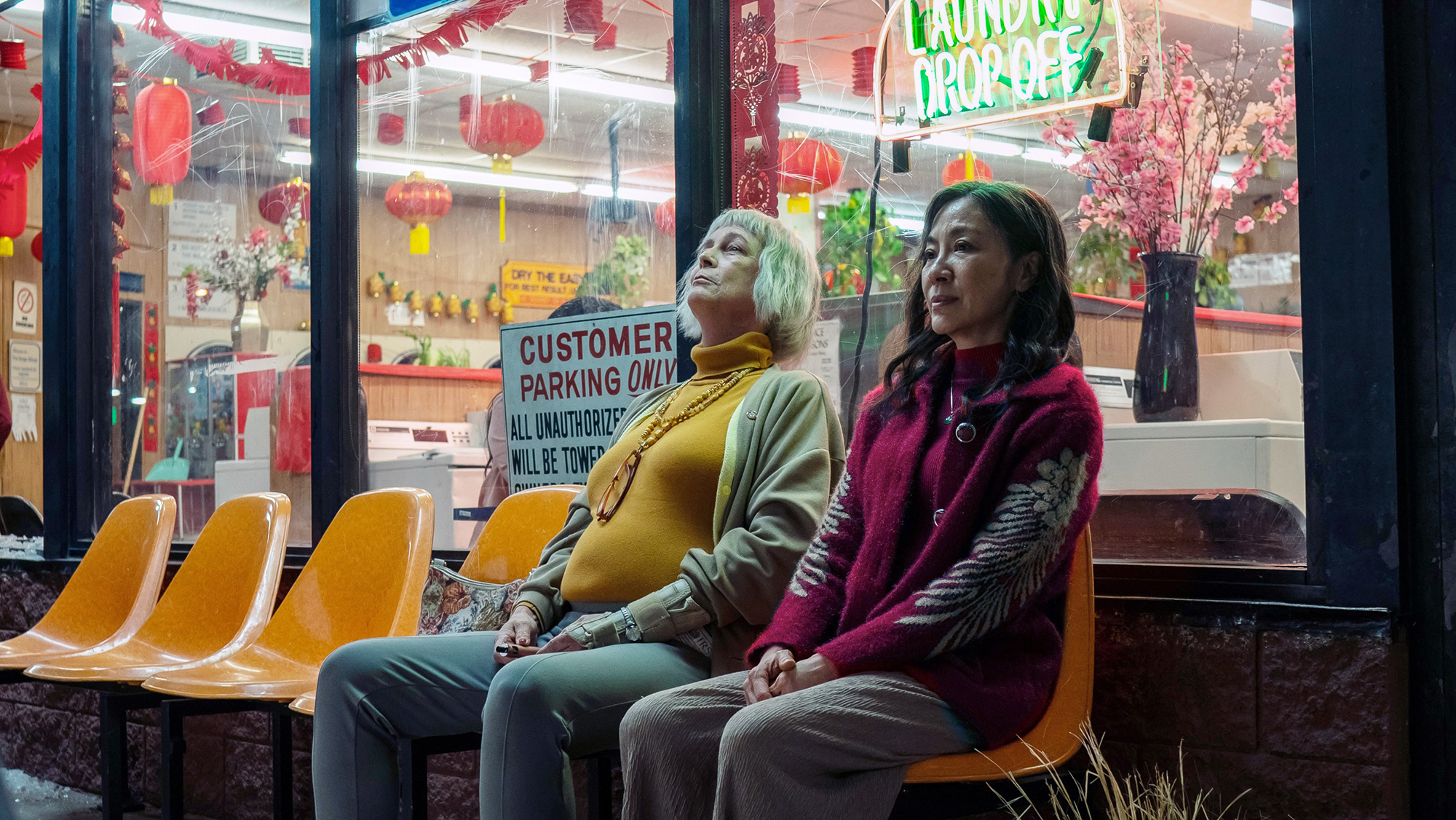 Viewers loved the look on Curtis’ face so much that they begged her to sell the shirt for charity.

One commenter wrote, “I can’t think of anyone better suited to be a symbol of women supporting women.” 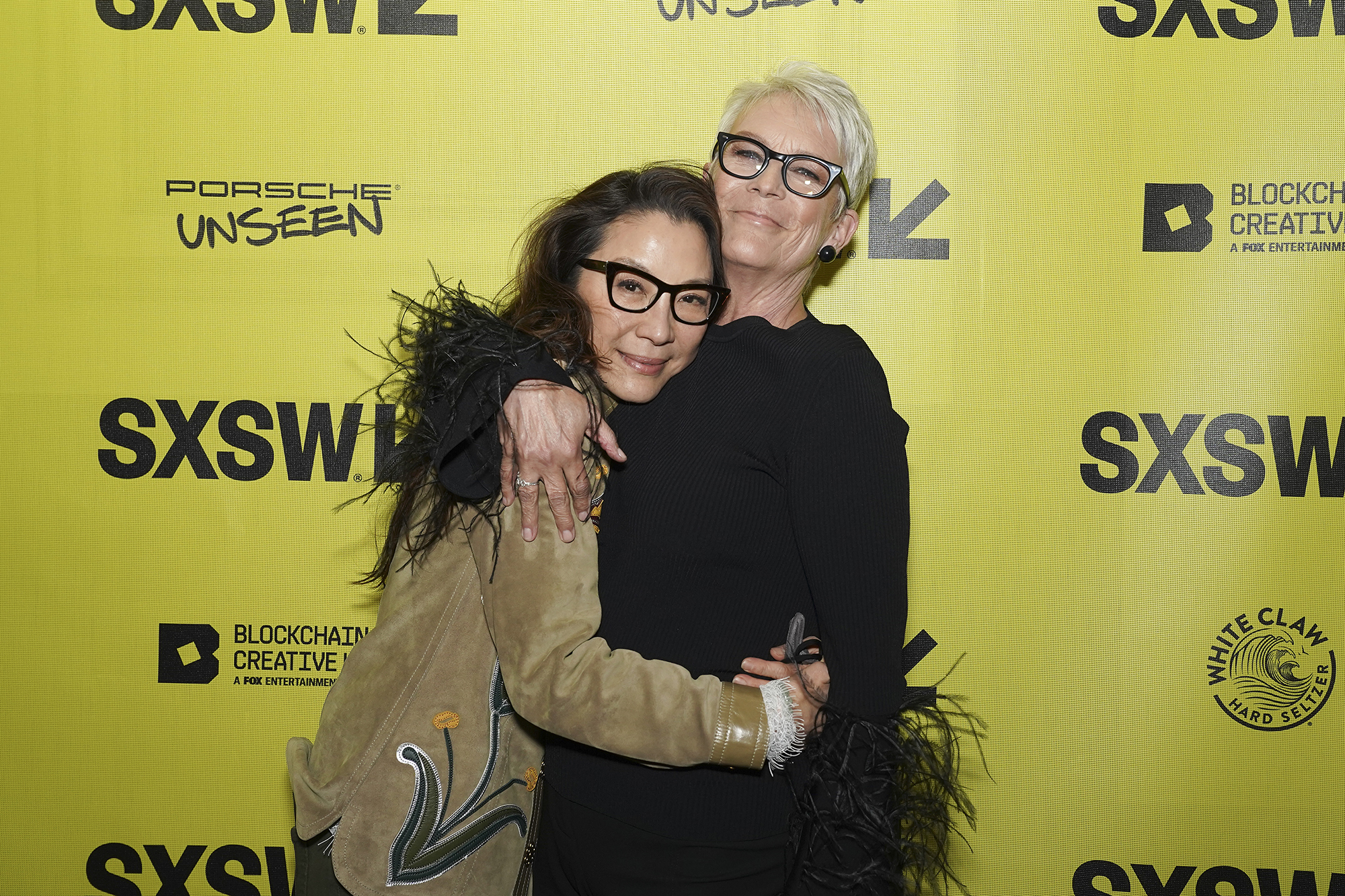 She posted a lengthy defense of nepo babies as the daughter of late actors Tony Curtis and Janet Leigh.

“For the record I have navigated 44 years with the advantages my associated and reflected fame brought me, I don’t pretend there aren’t any, that try to tell me that I have no value on my own,” she wrote in part. “I have suited up and shown up for all different kinds of work with thousands of thousands of people and every day I’ve tried to bring integrity and professionalism and love and community and art to my work.”