James H. Billington, the librarian of Congress for nearly three decades, who led the nation’s treasure house of knowledge into the digital age and added millions of books, films and cultural artifacts to its historic collections, including a trove of tweets, died on Tuesday in Washington. He was 89.

His daughter Susan Harper Billington said the cause was complications of pneumonia.

Mr. Billington’s death came a little more than three years after he retired amid mounting criticism that he had presided over a series of management and technology failures in his last years in office. He stepped down in September 2015, having planned to retire at the end of the year. He was succeeded by Carla D. Hayden, the first woman and the first African-American to lead the Library of Congress.

Mr. Billington, a distinguished authority on Russian and Soviet history, was named by President Ronald Reagan in 1987 as the 13th director of the library, the repository of the American experience founded in 1800 under legislation that shifted the capital from Philadelphia to Washington.

He arrived at the dawn of a new era. The internet was in its infancy, newspapers and printed books were thriving, computers were relatively unsophisticated, and Google, Facebook and Twitter were still over the horizon. For all its millions of books and manuscripts in 450 languages, its 550 miles of shelves and 19 reading rooms, the Library of Congress was terra incognita to most Americans, even to many scholars.

Unlike thousands of public libraries in America — descendants of the one founded by Benjamin Franklin in Philadelphia in 1731 — it was never a lending library. Begun as a research arm of Congress, the Library of Congress evolved into a resource for the government and scholars, a custodian of the nation’s written, artistic and cultural heritage, with the added duty of overseeing the United States Copyright Office.

“Fifty or 100 years from now,” Mr. Billington told a Senate panel in his appropriations request in March 2015, “members and constituents will turn to the national collection to read, learn from and build upon the creative output of American authors, composers, filmmakers, artists and others — just as citizens today are reaping the value of creative works that were added to the collections in 1965 and in 1915.”

Mr. Billington, who succeeded the historian Daniel J. Boorstin, was not a librarian. He was 58 at the time and had studied, written and taught Russian history for most of his life, notably at Harvard and Princeton. He was fluent in Russian and skilled in Polish, German, Italian, French, Yiddish and Dutch. He had also led the Woodrow Wilson International Center for Scholars at the Smithsonian Institution for 14 years and advised President Reagan on Soviet Russia. 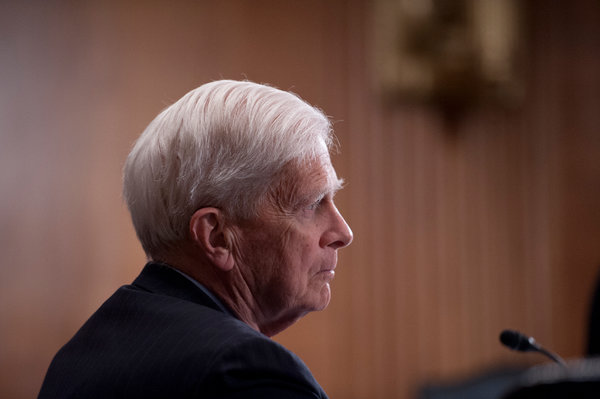 Supervising 3,100 employees and a $600 million budget as the librarian of Congress, Mr. Billington was the library’s chief public relations promoter and protagonist in the annual fight for funding from Congress. He usually projected increasing expenses, rising tides of acquisitions and dwindling staffs to cope with problems of storage, preservation and services to library users.

Like his predecessors, Mr. Billington had the task of preserving the world’s greatest collection of books, maps, manuscripts, photographs, prints, recordings, motion pictures and other artifacts, and of cataloging all of it to keep the materials safe and retrievable.

He was also charged with enlarging that trove, and he did so energetically. Under his watch the collections almost doubled in size, growing to 160 million items, from the 85 million he had inherited in 1987. His critics said his acquisitions became an unmanageable torrent of 12,000 new items a day.

In many ways Mr. Billington had to reinvent the job. He had many materials copied digitally, making them available to wider audiences. In 1991, he linked the library to educational institutions around the country. He also took advantage of the end of the Cold War, which enabled the library to create links to institutions in Russia and former Soviet satellites in Eastern Europe, and to exchange materials and help them establish parliamentary libraries.

Accessing archives of the Soviet Communist Party Central Committee, Mr. Billington and other scholars hoped to answer questions of history: Did the American diplomat Alger Hiss spy for Moscow? How many people died in Stalin’s purges in the 1930s? What Kremlin secrets can be told of the Berlin crisis of 1958-61 and the Cuban missile crisis of 1962? And how did the Soviet Union last so long and fall apart so fast?

Mr. Billington also promoted the American Memory National Digital Library program, which since 1994 has made many of more than 24 million books and historical and cultural documents from the library and other research institutions available online.

The digitized items, only a fraction of the library’s holdings, are used in classrooms across the nation. They include manuscripts by Abraham Lincoln and Thomas Jefferson, the Gettysburg Address and photographs of the Civil War, the wreckage of the Johnstown Flood of 1889, the San Francisco earthquake of 1906 and Atlanta in 1864, before Sherman’s infamous march to the sea.

“Librarians are the gatekeepers to the new technological possibilities of the electronic culture,” Mr. Billington told Library Journal. “But they are also the dream keepers. They are the custodians of the past.”

In 2005, he proposed the World Digital Library, a partnership with the United Nations Educational, Scientific and Cultural Organization, known as Unesco, that has placed online research materials and rich collections from national libraries and other institutions worldwide. The site, www.wdl.org, was launched in 2009 and features more than 11,000 artifacts from nearly 200 countries.

Film and broadcast holdings were given particular emphasis under Mr. Billington. In 1989 he created the National Film Registry, which has added 25 movies each year. In 2007, David W. Packard and the Packard Humanities Institute gave $155 million, the largest gift in the library’s history, to create the National Audio-Visual Conservation Center in Culpeper, Va. It has six million films, television broadcasts and recordings, including Al Jolson singing “Swanee” and Edward R. Murrow broadcasting from London in the blitz.

Expanding into social media, the library in 2010 acquired Twitter’s digital archive of billions of tweets from around the world sent since the company’s inception in 2006. Among them is President Barack Obama’s celebratory election-night tweet from 2008.

Responding to a barrage of derision for linking the likes of Thucydides and the founding fathers with Justin Bieber, Mr. Billington said the tweets would be valuable to historians someday. “The Twitter digital archive has extraordinary potential for research into our contemporary way of life,” he said.

Though Mr. Billington was rarely a focus of controversy, the library’s inspector general, in a 2013 audit, warned that millions of items, some acquired as long ago as the 1980s, remained piled up in overflowing buildings and warehouses, virtually lost to the world.

“The library does not have the leadership needed to address these I.T. management weaknesses,” the G.A.O. said after its yearlong investigation.

Mr. Billington defended his management but did not fulfill a promise to develop a new digital information plan and hire a permanent chief information officer.

He retired on Sept. 30, 2015, and in 2016 President Obama nominated Ms. Hayden, the longtime head of Baltimore’s library system, to fill the post.

James Hadley Billington was born in Bryn Mawr, Pa., on June 1, 1929, to Nelson and Jane (Coolbaugh) Billington. His father, an insurance executive, was a descendant of Mayflower pilgrims; his mother was a writer and a homemaker.

Though his father never attended college, he instilled a love of books in James, who attended public schools in the Philadelphia area and was valedictorian of his class at Lower Merion High School in 1946 and then at Princeton in 1950. He studied at Oxford University on a Rhodes scholarship, earning a doctorate in 1953. He then joined the Army and became a first lieutenant.

In 1957 he married Marjorie Anne Brennan, who survives him. In addition to her and his daughter Susan, he is also survived by another daughter, Anne Billington Fischer; two sons, James Jr. and Thomas; and 12 grandchildren. Mr. Billington, who died in Sibley Memorial Hospital in Washington, lived in McLean, Va.

He taught history at Harvard from 1957 to 1962, then moved to Princeton, where he taught until 1974. He was a visiting professor at universities in Helsinki, Leningrad, Moscow and Paris.

As director of the nonpartisan Woodrow Wilson International Center for Scholars from 1973 to 1987, he founded the Kennan Institute for Advanced Russian Studies and The Wilson Quarterly. He received more than 40 honorary degrees.

Mr. Billington wrote six books on Russia and revolutionary traditions. His “Mikhailovsky and Russian Populism” (1958) was the first major biography of the 19th-century Russian social critic Nikolai Mikhailovsky. In “The Icon and the Axe: An interpretive History of Russian Culture” (1966), he examined 1,000 years of intellectual life in Russia. Leonard Shapiro, in The New York Review of Books, called it a “magisterial survey of the past.”

Mr. Billington’s other books were “Fire in the Minds of Men: Origins of the Revolutionary Faith” (1980), which assessed revolutions in many countries over 200 years; “Russia Transformed: Breakthrough to Hope, August 1991” (1992); “The Face of Russia” (1998), a companion to a PBS documentary that he wrote and narrated; and “Russia in Search of Itself” (2004), a post-Soviet analysis.

His family said he had been writing his memoirs in retirement.