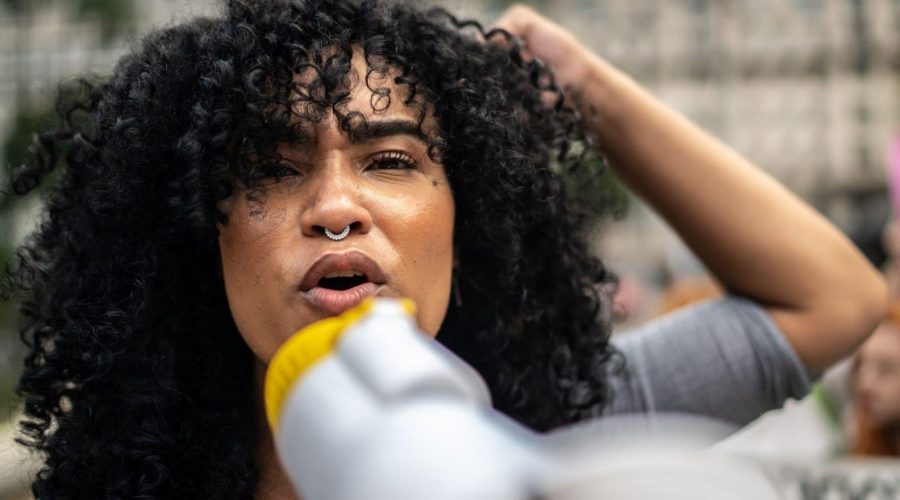 As travel strikes, both abroad and across the UK, threaten our long-awaited summer of fun, Shahed Ezaydi argues it might be time to rethink our frustration and instead celebrate how they’ve advanced our rights at work.

If, recently, you’ve found yourself stomping your feet like a tired toddler after finding out your train is cancelled due to yet another strike, or felt the urge to scream forcefully into a pillow as airline walkouts threaten your long-awaited summer break, you’re not alone. We’re all feeling stroppy. Fed up. Over it. This was supposed to be the post-Covid summer of our lives, right? And yet the optimal word to characterise the current mood is frustration.

Last month saw the biggest strike by rail workers in a generation, with workers part of the National Union of Rail, Maritime and Transport Workers (RMT) walking out for three days over job cuts, pay and working conditions – and there’s expected to be more coming. British Airways workers, meanwhile, recently voted to strike this summer over a pay dispute which saw workers receive a 10% cut in their wages.

The National Education Union (NEU) – which oversees workers in schools and educational facilities – has said that it would ballot its members on strike action in the autumn school term if the government didn’t agree to a pay rise in line with inflation. And that’s not all: lawyers and barristers part of the Criminal Bar Association are currently on strike over years of real-term pay cuts and deteriorating working conditions.

It seems that across industries, around the country, people have well and truly had enough and are taking action into their own hands. And while for those of us on the outside of this action, not being able to travel to a work lunch or book a holiday is frustrating, it’s important to remember that that’s the whole point – they’re supposed to be frustrating. They’re supposed to disrupt and inconvenience our daily lives so that those in power will stop and listen to what workers need.

“Strikes are not a stroppy and selfish way of asking for a pay rise,” says Mareile Pfannebecker, co-author of Work Want Work. “Workers create profit by their labour, and by stopping work together they show their united power to their bosses, whose profits get interrupted by the strike.”

Maybe, then, it’s time to change our way of thinking. And most importantly, reflect on the wins strikes have gained for us all historically: the five-day work week, the eight-hour working day, the minimum wage and equal pay for women, to name a few.

“Strikes change the course of history, especially when workers from different workplaces mobilise at the same time,” Pfannebecker adds. “They can be a very effective political tool, because they force governments to respond to their citizens as the ultimate holders of economic power.”

The UK’s first general strike in 1926 wasn’t an immediate success, but the organisation and strikes over the 1920s and 30s energised the workers’ movement and built up huge political pressure that laid the foundations for the creation of the NHS and the social welfare state – something we have all undoubtedly benefited from at some point in our lives. While unionising may have become harder over the years, we’re still seeing workers win against their employers and the government. The GMB union has recorded six victories in the five months to April, which included pay rises for outsourced bin workers, and Unite has recorded 35 recent wins for workers. And new unions are forming to support the gig economy and outsourced workers, like the Independent Workers Union of Great Britain (IWGB), who were involved in the longest continuous gig economy strike in UK history.

This is something journalist Eve Livingston echos in her book Make Bosses Pay: Why We Need Unions. “If a strike is disruptive for you, that’s because the people who do that work usually are essential to the normal running of your day – and of society more widely, so of course they should be valued accordingly,” Livingston explains.She also points out that there’s a notable difference in how the current strikes are being discussed in the media and how the public actually feel about them – fear-mongering Daily Mail headlines, we’re looking at you. In fact, recent polling by Opinium has suggested that there’s strong support for the rail strikes, with 45% of those polled supporting the action. And in the week of the rail strikes, data revealed that Google searches for the terms ‘join union’ and ‘how to strike’ were up 184% and 135% respectively.

It’s clear that there’s a growing appetite and curiosity when it comes to understanding our rights in the workplace and the power that unions and strike action can have. So what should you do if you feel your own workplace would benefit from a strike? A first point of call is securing the backing of a union. This could be looking into whether your workplace already has a recognised union or finding out if a majority of colleagues are already members of a union that you could then join. You could even get some colleagues together and start your own union if one doesn’t already exist. Many of the existing larger unions offer advice on how to start a union, including the Trade Unions Congress (TUC).

Ultimately, a combination of austerity, Covid-19 and the cost of living crisis has meant an increasing number of industries are no longer putting up with pay cuts, bad working conditions and the general decline in workers’ rights. If anything, these strikes are a real opportunity for us to step back from an individualised way of thinking and, instead, come together as a collective to tell those in power that we simply demand more for ourselves. We all deserve better pay and better working conditions. One industry going on strike doesn’t mean that another will be worse off. As Livingston so aptly says, “When workers in one sector strike and win, it raises the floor for all workers.”

07/07/2022 lifestyle Comments Off on It's time to suck up the frustration of travel strikes, there's way more to it than that
Recent Posts