Mark Haddon was a university student when he first set sail with Pericles. Well, at least that's when he believes he first read Pericles, Prince of Tyre by William Shakespeare and George Wilkins. The details are a little foggy. Partly, the novelist jokes, because he has reached a stage in life when he can't remember when he first read anything (for the record, he's 56). But, mainly, because the most memorable thing about the play was its startling lack of memorability.

A lifetime later and Pericles floated to the surface of Haddon's mind after he was invited to contribute to a high-profile series of novelistic retellings of Shakepeare's plays for a modern audience. Margaret Atwood seized The Tempest, Howard Jacobson grappled with The Merchant of Venice, Anne Tyler tussled with The Taming of the Shrew. To Haddon, it felt like an uneven fight. If you take on the bard at his best, your creation is doomed to lose the bout. Why not wrangle with Shakespeare when he is at his worst? 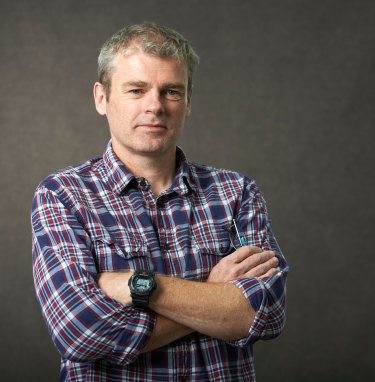 If Pericles, Prince of Tyre isn't quite Shakespeare at his worst, it's at the very least Shakespeare rocking up to work after a long night when perhaps he would have been better taking a sick day. The early 17th century play draws on the ancient Greek story of Apollonius, of which the oldest surviving written retelling dates back to the late 6th century.

In most versions of the story, the wealthy but amoral King Antiochus starts a sexual relationship with his daughter. To avoid raising suspicion by refusing to let his daughter marry, the King challenges potential suitors to solve a riddle, the answer to which contains his dark secret. The dashing Prince Apollonius solves the riddle, and with the King's assassin hot on his heels, embarks on a whirlwind journey that features mutiny, murder and marriage. Shakespeare collaborated with Wilkins, a dramatist believed to be a brutal brothel-owner and pimp, to reimagine the story, transforming Apollonius into Pericles.

"The plot is stagey, melodramatic and unreal. It almost feels like he is going back to the beginning again. There is none of the sophistication we expect from mature Shakespeare and none of the language that rings like a bell and makes you want to reread it and remember it," Haddon says.

Pericles, Prince of Tyre is so unlike Shakepeare's best plays, that academics still aren't entirely certain which parts the bard wrote, although it is believed Wilkins was responsible for the first nine scenes. Haddon didn't end up contributing to the series of novels, but the story had dropped anchor in his mind. It wasn't Pericles he was drawn to – it was the would-be wife that he leaves behind.

Upon re-reading the play, Haddon realised there is a great injustice in how this woman, known only as ‘‘The Daughter of Antiochus’’, is treated. She is afforded a mere two lines (and they are spent welcoming Pericles), her father's treatment of her is classified as incest rather than abuse, and she is judged complicit in their sexual relationship. The daughter's abuse is merely a device to allow Pericles' heroic story to unravel – all we later hear of her is that she and her father have been struck by lightening as an act of divine retribution for their sins.

"It outraged me really … She was abused in the play and by the play as well," Haddon says. "I thought, I have a Shakespeare play that's not brilliant, so I feel I can adapt it more freely, and I have an argument with it. I feel cross with the play. In a way it is less of an adaptation than a wrestling match, me versus Pericles. It comes out a bit battered, with some parts missing, but I feel more satisfied as a result."

I feel cross with the play. In a way it is less of an adaptation than a wrestling match, me versus Pericles.

The Porpoise is Haddon's grandest and greatest literary adventure yet. The novel opens with an explosion, and the fireworks don't stop erupting. A famous actress named Maja is killed in a light aircraft crash when 37 weeks pregnant, but miraculously her baby daughter is saved.

The child's rich, powerful and reclusive father, Philippe, names her Angelica and raises her in his sprawling mansion, called Antioch, in England. They live a life of luxury, but Philippe deliberately isolates Angelica from the outside world. Her only contact is with a handful of servants who turn their heads when confronted with her mistreatment. Philippe starts raping Angelica, "If Philippe gives it any name, he calls it love."

When Darius, the son of an art dealer, visits Philippe to conclude a sale, Angelica is "in thrall to an imagined future in which he takes her away from all this". Aware that something is deeply wrong within the household, Darius returns to the mansion under the cloak of darkness to help Angelica. Philippe, wielding a cast-iron poker, chases Darius into the forest. Angelica hears three thunks.

Abandoned to her father's abuse, Angelica tells herself the story of what could have happened to Darius. This is the structural conceit of the novel – and in a matter of sentences Darius is Pericles, Prince of Tyre, making his escape from King Antiochus' assassin across the Mediterranean on a ship called The Porpoise.

The novel rollicks and rolls, like one of the many ocean voyages it contains. Times, places, languages and histories overlap – the novel playfully revels in its own fantastical nature. We follow Pericles in ancient times as he encounters strange lands and experiences and great love and loss; Angelica, in the contemporary world, as she takes a vow of silence and stops eating in the face of the heartbreaking horror she endures; and we dip into England in 1618, where Shakespeare makes a cameo and the women abused by the revolting George Wilkins seek revenge. 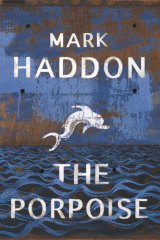 Mark Haddon’s The Porpoise is a ripper of a read.

There's a strong interest in the power, danger and consolation of storytelling, and the characters slyly hint at the sense they are not in control of their fates. The narrative might move at a rapid pace, but the prose is as delicious as one of the grand feasts that Pericles enjoys. Here's the captain of The Porpoise after his friend drowns: "He will treat the hurt like a broken bone. He will hold it firm with a splint and he will adjust his behaviour so that it no longer has to bear any weight."

"Talking about a process suggests I have a plan and a timetable," Haddon says of writing the novel. It is more like struggling across a difficult landscape – now through a forest at night, now through quicksand… I will do anything to try to make it work."

The Porpoise is several oceans distant from Haddon's other novels, The Curious Incident of the Dog in the Night-Time (2003), A Spot of Bother (2006) and The Red House (2012), which are all set in contemporary England and focus on the domestic.

It's apposite to mention The Curious Incident of the Dog in the Night-Time so far down in this story, as Haddon has tried to distance himself from the novel. After writing and illustrating children's books, contributing cartoons to magazines, and working on television projects, Haddon's story of 15-year-old Christopher trying to solve the murder of his neighbour's dog, made him a millionaire. Curious Incident won 17 literary prizes, and was transformed into an award-winning play.

Haddon has struggled to overcome the perception that the novel was for children, and the impact that perception has had on his subsequent books. He has put a moratorium on all events linked to the novel.

"I have worked quite hard to put a certain amount of distance between myself and the book because I wanted to slightly change people's expectations when they picked up a book of mine," Haddon says. "My entire career involves shedding readers of Curious Incident. Not deliberately, but that's the way it turns out. Whenever I write there will be reviews saying effectively, 'This is not Curious Incident'."

His short story collection, The Pier Falls and Other Stories (2016), was a stepping stone towards the bigness of The Porpoise. The stories, as Haddon says, "were very very un-Raymond Carver", with strong narratives, plenty of action, and a keen interest in mythology.

While Haddon has been taking his readers on quite the voyage, the novelist himself has been forced to stay grounded. Haddon is recovering from triple heart bypass surgery he underwent in February. A long-distance runner, Haddon noticed he felt breathless on steep hills. Then on smaller hills. Then on flat stretches. After a scan, he was told he urgently needed to go to hospital.

"I am one of those men who would have just keeled over in the supermarket with no warning. I am very lucky. Because I run, I knew something was wrong. If I hadn't run, I might now be dead."

Yet cabin fever is starting to set in. Haddon is unlikely to be able to run again until next year. He's been painting, reading (he has a particular obsession with maps) and walking. The words have not yet returned, but hopefully it won't be too long until Haddon sets sail again.

05/31/2019 lifestyle Comments Off on ‘It outraged me really’: Mark Haddon on his greatest literary adventure yet
Recent Posts
We and our partners use cookies on this site to improve our service, perform analytics, personalize advertising, measure advertising performance, and remember website preferences.Ok