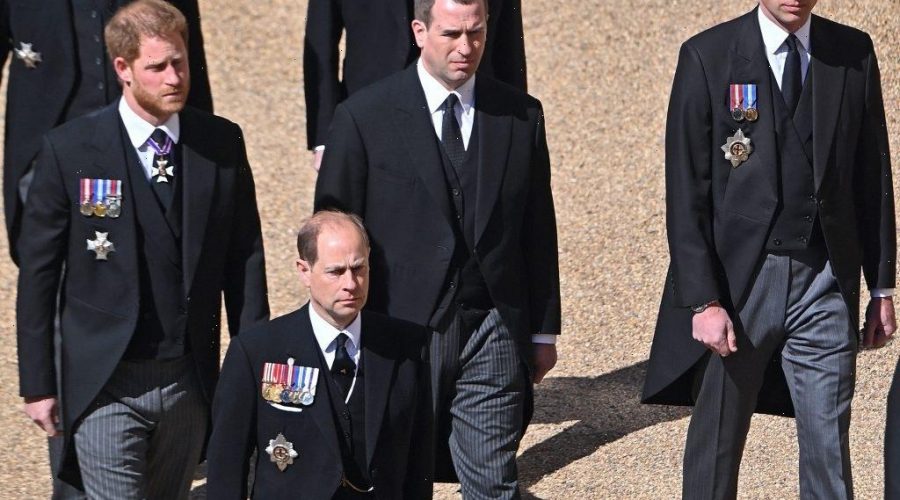 Prince Harry returned to the U.S. following his grandfather Prince Philip’s funeral and has reunited with his pregnant wife Meghan, Duchess of Sussex and their young son Archie. It was thought that perhaps Harry’s time in the U.K. would allow for some healing of rifts with certain family members following the Sussexes’ explosive interview with Oprah Winfrey.

What the royals probably didn’t expect is some of what went on behind palace walls to be leaked and many are wondering if the Duke of Sussex is the person feeding the media that information.

How long Prince Harry was in the U.K.

Following Prince Philip’s death on April 9, 2021, Harry flew back to the U.K. to attend the service himself as Meghan was not cleared to fly due to how far along she is in her pregnancy.

He touched down at London’s Heathrow Airport on April 11 and then quarantined at Frogmore Cottage until the day of the funeral on April 17. It was believed that Harry would stay in the U.K. for Queen Elizabeth II’s birthday on April 21, but he flew back to California the day before his grandmother turned 95.

However, once he returned to Santa Barbara details of private conversations he had while in the U.K. were leaked.

Commentators accuse duke of leaking info. once back in California

Former royal editor of The Sun Charlie Rae and talkRADIO host Kevin O’Sullivan discussed the leaked information and both pointed the finger at Harry as the only person with the knowledge of such details. Rae also claimed that some of those details had been spun in the Duke of Sussex and Meghan’s favor.

According to O’Sullivan, the media had really overstated claims that Harry and William were resolving their differences. “After Prince Philip’s funeral, you saw Harry and William having a few words together. Papers immediately labeled it ‘peace at last.’ Talk about overstating it!” O’Sullivan said (per Express).

Rae responded: “You’re right. Harry has hardly put his foot back on American soil when leaks started. First in People Magazine and then the biographer Omid Scobie discussed Meghan’s conversation with the queen on Zoom before the funeral.”

Moreover, details of how Meghan watched Philip’s funeral were published with comments from insiders as was the exact particulars of a wreath the duchess sent to the family.

Whether Harry or Meghan have been leaking the information isn’t known for certain, but what is known is that the duke did previously leaked some specifics about the conversations he had with Prince William and Prince Charles to journalist Gayle King.

During an episode of CBS This Morning in March, King stated that she was told Harry, William, and Charles have all talked recently.

“I did actually call them [the Sussexes] to see how they were feeling and it’s true Harry has talked to his brother and he has talked to his father too,” King said. “The word I was given was that those conversations were not productive but they are glad that they have at least started a conversation. And I think what is still upsetting to them is that the palace keeps saying they want to work it out privately.”

Multiple reports have noted that because of the leaks any crucial talks between Harry and senior members of the Firm have been put on hold.

04/28/2021 lifestyle Comments Off on Is Prince Harry Leaking Details of Private Conversations He Had With His Family in the U.K. to the Media?
Recent Posts