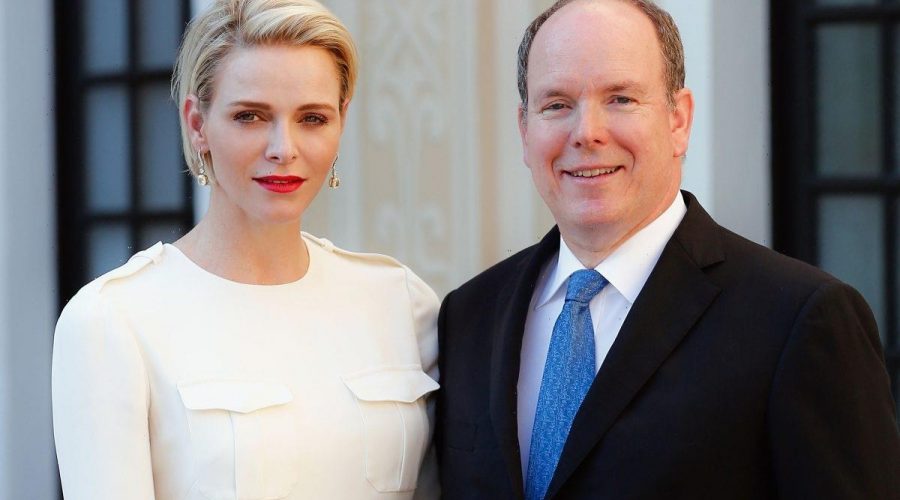 Monaco’s royal family doesn’t make headlines nearly as much as Britain’s royal family but Prince Albert II of Monaco and Princess Charlène of Monaco have been in the news recently as reports swirl that the pair may be heading for a divorce.

There has been speculation about trouble behind palace walls throughout their marriage and rumors of a divorce circulated when Charlène was unable to attend the Summer Olympics in Tokoyo with her husband. The couple has always attended the games together but in 2021, the princess was in South Africa on a mission against rhino poaching. She had to remain there much longer than anyone thought after getting an infection and having to undergo surgery. Multiple outlets claim that the distance between Charlène and Grace Kellly‘s son has put a major strain on their relationship. Here’s more on their relationship including what their age difference is, how many children they have together, and why Charlène was dubbed the “Runaway Bride.”

They met through her former profession

Prior to becoming the Princess of Monaco, Charlène Wittstock was an Olympic swimmer for South Africa. She met Albert at a swim meet in Monte Carlo in 2000. The prince is an Olympian himself who competed in the bobsleigh event at every Winter Olympics from 1988 to 2002 before he retired from the sport. Currently, he’s a member of the International Olympic Committee and has been since 1985.

Six years after meeting, Charlène and Albert went public with their relationship and at the 2010 Winter Olympic Games announced that they were engaged.

Before they even tied the knot though their union was not shaping up to be a fairy tale.

Their age difference and when they tied the knot

Rumors circulated prior to their nuptials that the marriage was arranged and Charlène was having second thoughts.

According to the French newspaper Le Journal du Dimanche (per Honey Nine), the bride-to-be sought “refuge in the South African Embassy, while in France for a bridal-gown fitting.” Other reports about Charlène trying to get out of her wedding followed when she attended the Monaco Grand Prix and tried to leave during an event with her passport. But the prince’s entourage allegedly confiscated her passport before she could go anywhere.

If those reports were true, Charlène and Albert were obviously able to work things out because on July 2, 2011, she walked down the aisle to become Princess Charlène of Monaco. Albert is 20 years her senior. On the day they wed Charlène was 33 and he was 53.

The 20-year age gap between them isn’t believed to be the reason behind any issues the princess had before they were married. So why did Charlène, who was dubbed in the media as the “Runaway Bride,” allegedly try to escape marrying Monaco’s prince? The reason is reportedly due to constant rumors that Albert had gotten women pregnant and fathered children when he was supposed to be committed to his bride. While on their honeymoon the prince and princess were said to be awaiting results of DNA tests for love child number three.

Albert and Charlene did welcome their own children togetherher. Their twins Princess Gabriella, Countess of Carladès and Jacques Honoré Rainier arrived on Dec. 10, 2014. Albert also had two older children out of wedlock before getting hitched to Charlène. His eldest daughter, Jazmin Grace Grimaldi, was born in 1992 and in 2003 his son, Alexandre Grimaldi-Coste, was born.

As for where the Prince and Princess of Monaco’s marriage really stands these days, we’ll have to stay tuned.