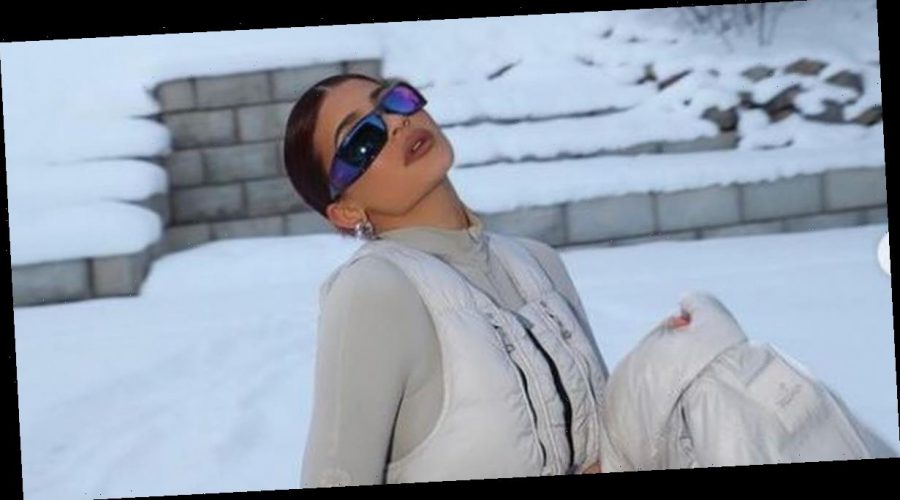 Kylie Jenner hopped on Kylie Air straight to Aspen to spend New Year skiing and relaxing with her ex Travis Scott and their daughter Stormi.

The reality star took fans with them, offering plenty of sneak peaks inside their snowy break via her Instagram page.

Sharing pictures and videos from the escape to her 207 million followers, the 23 year old showed off their home for the duration of the stay.

The coparents are staying in a sprawling Aspen mansion reported to be worth an eye watering $85 million, so roughly £55 million.

If you can afford it, then we're sure that the luxury retreat is the perfect place to chill out after a day on the slopes.

The huge new-build, which was completed in 2020, covers 20,000-square-feet and features seven bedrooms and a huge open plan living space.

The home is nestled in the mountains while featuring snowy views from every window.

The chalet even features its own private bowling alley and indoor lap pool.

Kylie videoed a sofa area which features a transparent glass ceiling so that you can see straight down into the foyer.

The make up mogul was joined by her ex Travis Scott, however, her mum and sister, Kris Jenner and Kendall Jenner also flew in for part of the stay.

The family spent their time snowboarding nearby, and Stormi even took a snowboard lesson which was also captured on Kylie’s story.

Kylie Jenner made her fortune as the youngest member of reality TV royalty, The Kardashians.

She then broke away from the family to debut her cosmetics line, Kylie Cosmetics, which has landed her millions in her own right.

Kylie has since out-earned all her famous siblings, and is the wealthiest of all the Kar-Jenner clan.

The youngest member of the family also recently became the most followed on social media, reaching over 200 million followers on Instagram.

01/04/2021 lifestyle Comments Off on Inside the £55 million Aspen mansion where Kylie Jenner rang in 2021 with Travis Scott
Recent Posts
We and our partners use cookies on this site to improve our service, perform analytics, personalize advertising, measure advertising performance, and remember website preferences.Ok