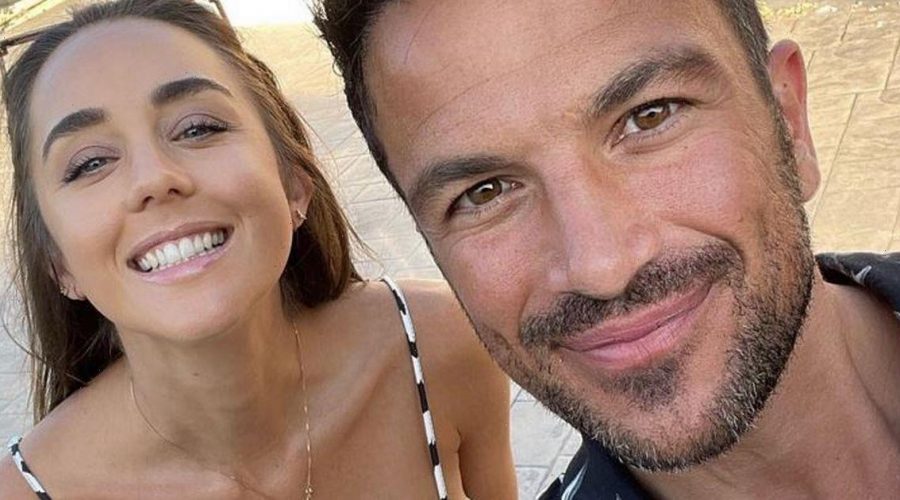 Peter Andreis certainly a proud dad and the countless pictures of his children on his Instagram is a testament to that.

The doting dad, 49, got the whole clan together as they celebrated his wifeEmily’s 33rd birthday in style.

In the lead up to Emily’s birthday hespoke to OK! about his plans for his wife’s birthdayand revealed that he’s been too occupied to think of a birthday gift.

Peter said: “I was so organised with our anniversary but I haven’t been with this. Of course by the time this comes out I will have sorted everything! Emily is one of these people that you could buy her a plant pot and she’d be as happy as if you bought her a car.”

While he’s yet to reveal what he purchased for his wife for her big day, he did rally the whole clan together for a birthday celebration.

Peter was joined by sonJunior, 17, and 15 year old daughter, Princess, who he shares with ex-wifeKatie Price, as well as eight year old Amelia and Theo, five, who he and Emily share.

While the singer hasn’t revealed what location the family are in, a few fan comments reveal they could be in Pete’s home country of Cyprus, there are plenty of palm trees in the background of the snaps he shared.

In two Peter and Emily showed off their bond as they posed for the camera in their black and white printed numbers.

Another snap features the whole family and while the protective dad put a sticker of Amelia and Theo’s faces the picture was adorable.

Junior showed he’s growing up to look just like his dad as he posed in a Dior shirt and gold chain while fans were quick to comment on Princess’ likeness to her mum.

One wrote: “Your daughter is the image of her mum In her younger days ! Beautiful family.”

Another added: “Princess is the image of Kate on here. The way she is standing, everything.”

Last monthPete and Emily celebrated their seventh wedding anniversaryand he shared a sweet message for her.

Peter wrote: "Happy 7th wedding anniversary to a beautiful person inside and out. We have been together for 10 incredible years.

"You deserve to be praised Emily because you have a heart of pure gold. Thanks for everything."

He finished off the tribute by saying: "Our kids are truly lucky to have you. So am I."