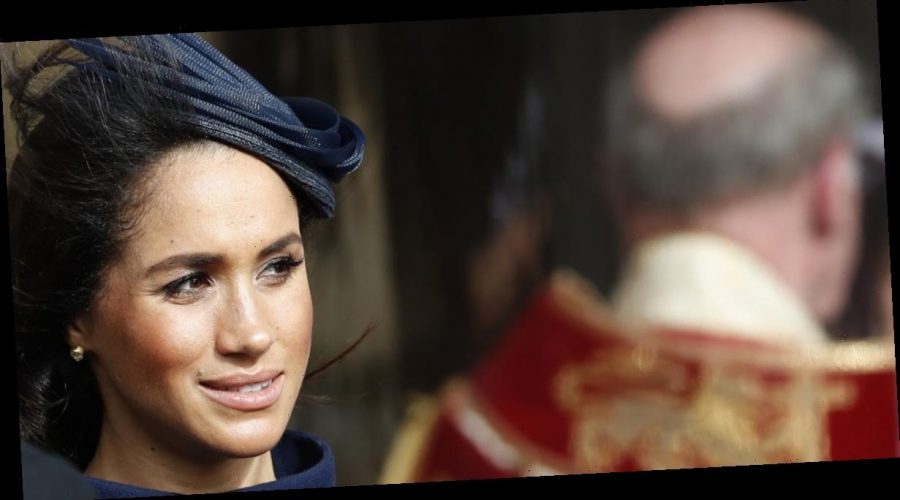 Prince Harry and Meghan Markle made the decision to step down as senior royals and as a result of this they lost their royal patronages.

Harry, 36, and his wife Meghan, 39, stepped down as members of the Royal family last year, with a 12 month review being agreed.

Now the year is up, the couple — who are expecting their second child — have told The Queen that they have stepped down permanently.

In addition to this, Meghan and Harry left the country divided with their bombshell Oprah Winfrey interview, in which they said there were questions over how ‘dark’ their son Archie’s skin would be, and how Kate Middleton had, according to Meghan, ‘made her cry.’

Meghan and Princess Eugenie were believed to have grown close during her time living in the UK as a member of the Royal Family, but do they still share that close bond?

Meghan counts Eugenie as the only member of the family she is “still close to,” an insider has claimed.

The 39 year old mum-of-one are believed to have become closer while both pregnant and Meghan also revealed in a chat with Oprah that she knew Eugenie before she’d met Harry.

She said: "Eugenie and I had known each other before I had known Harry, so that was comfortable.

"We're friends with them as a couple."

It has also been reported by People that Meghan and Eugenie enjoyed double dates with Eugenie and her husband Jack Brooksbank.

A royal source told Us Weekly: "Eugenie is really the only member of the royal family that Meghan is still close to.

"They are sort of an unlikely pair but remain in contact. They bond over their pregnancies."

Meghan is currently expecting her second child with Prince Harry, while Eugenie gave birth to her adorable son August in February.

The pair had their children at the same place, The Portland Hospital, and they married just five months at St George's Chapel at Windsor Castle.

Eugenie and Jack are now living in Frogmore Cottage, which is where Meghan and Harry lived prior to their Los Angeles move.

As well as Meghan, Prince Harry is reported to also be close to his cousin Eugenie and, in Finding Freedom, they were described as the "closest of friends.”

The book said: “The two had many nights out together in London, sneaking into back entrances of clubs, such as Mahiki, where Jack once was manager, or Tonteria, where in one of the VIP cave areas they downed shots from Mexican skull shaped glasses and a giant frozen margarita (with multiple straws).

“Like Harry, Eugenie also struggled to carve out her own identity growing up.

"Not being a senior royal meant that she had to go out into the world and find her own path, which she had done."

It’s believed that Princess Eugenie was one of the first to have heard about Harry’s relationship with Meghan.

The authors wrote: “Harry had always confided in his cousin when it came to the women in his life.

"Not only did he trust her implicitly, but friends said that she gives great advice and has always been 'beyond wise' for her years.

"It's not surprising then that Eugenie was one of the first in the family to know about his relationship with Meghan."

The biography of the Sussex’s continued to say they’ve had one of the "most natural connections" and have enjoyed "many nights out together" in London.