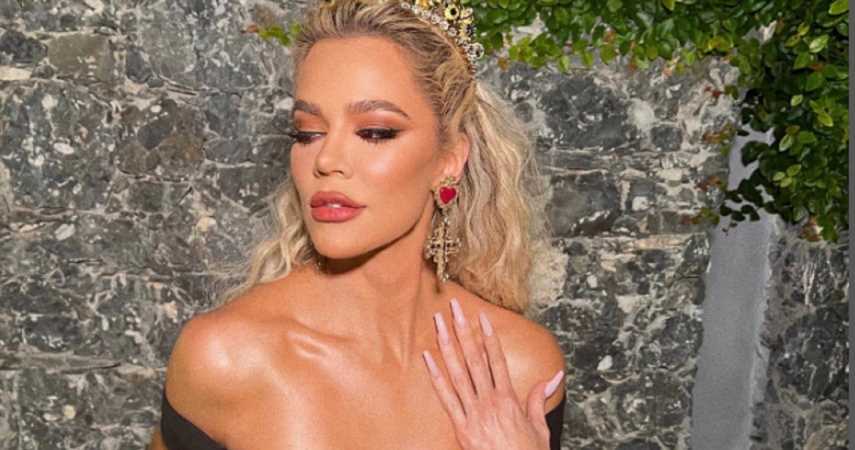 The Kardashian sisters seem to have developed love for luxury including cars, Kim Kardashian has $3.8 million car collection which included the 5 Maybachs while Kylie Jenner has whopping $14 million worth of car collection. Khloe Kardashian is no different in splurging as she owns plenty of luxury cars and one of them even costs half a million dollars. Khloe has been known to show off her luxury rides and her impressive cars over the years. Take a look at the reality TV star’s car collection.

Khloe Kardashian was seen showing off her Porsche 911 Turbo S on one of her posts on Instagram. She was seen pictured with her luxury wheels from the German manufacturer on her Instagram profile. The Porsche 911 Turbo S costs around $200,000 which is an all wheel drive and can go from 0 to 60mph in just 2.6 seconds. The luxury car comes with a 3.7 litre twin-turbocharged six cylinder flat engine which has 573 and 640 hp respectively. Porsche 911 Turbo S is said to be the fastest and most powerful 911 ever. It can go as fast as a supercar and handles much better.

True Thompson’s multimillionaire mother was also seen posting her black Mercedes G63 AMG on her Instagram page. She posted a picture with her behind her sporty wheels. The luxury car is powered with a 3.0-litre diesel engine which is mated with a nine speed gearbox. The luxury car from the German automobile manufacturer costs around $200,000 and can generate around 282 hp with a 600Nm of torque. It can reach a top speed of 130 mph and can go from 0 to 60mph in just 3.9 seconds. It is built using the latest technology of the manufacturer in order to provide the buyers the highest levels of protection.

The third oldest Kardashian sibling also owns a Range Rover SVAutobiography in platinum version. The luxury SUV costs around $200,000 and utilizes a 5.0 litre supercharged V8 engine. The engine can produce 557 hp and 850 NM of torque. Khloe has had her Range Rover customized with some black velvet wrap which gives off some elegant vibes. The throttle modulation of the luxury SUV has been modified to have a slightly less aggressive attitude however it still gives an overall shove which is enough for the car to be considered as the fastest Range Rover in history. The car can go from 0 to 60mph in just 5.1 seconds and has a top speed of 155mph.

Luxurious mom Khloe Kardashian also posted a picture of her behind the wheels of her Ferrari 488 Spyder. The sleek Ferrari car costs around $260,000 and is fitted with a V8 engine with 3.9 litre twin-turbocharged that can produce 670 hp and 760 NM of torque. Ferrari claims that the manufacturer performance for the said luxury car can go from 0 to 60mph in just 3.0 seconds and from 0 to 124 mph in just 8.3 seconds. The Ferrari 488 Spyder can also cover a quarter mile in just 10.45 seconds and reach a top speed of 224mph.

Just like her sister Kim, Khloe also owns Lamborghini Urus. In one of the episode of The Kardashians airing last May 2022, Khloe showed off her bright blue Lamborghini Urus which costs around $218,000. The luxury SUV is the first SUV which has the soul of a sports supercar. The SUV can explore a wide range of terrains and can also satisfy the need of the owner craving for speed. Lamborghini Urus utilizes a 4.0 litre twin-turbo V8 engine that can go from 0 to 62mph in just 3.6 seconds.

Aventador LP 740 is probably the most expensive car in her car collection as the luxury car retails for $450,000. The Lamborghini Aventador LP 740 Roadster uses an impressive V12 engine that can produce 769 hp and looks impressive and elegant with its aesthetically-pleasing wing doors. It is undoubtedly one of the most sleek and sexiest supercar in the world not to mention one of the most expensive supercars as well.

Khloe has reportedly bought her Rolls-Royce Cullinan in 2019. The luxury SUV costs around $350,000 and she bought it from the Platinum Group. She wasted no time in showing off her expensive SUV on her social media account. The car utilizes a 6.7 litre twin-turbocharged V12 engine that can produce 563 hp and 850 NM of torque.

The reality TV star seems to have fallen in love with Rolls Royse as she owns yet another car from the manufacturing brand, Wraith. Khloe has Rolls-Royce Wraith in her garage and it costs around $450,000. The luxury car utilizes twin-turbocharged 6.6 litre V12 engine that can produce 624 hp and 820 NM of torque.

The said car is supposed to be Khloe’s gift to her ex husband Lamar Odom in 2010 however she was seen driving the luxury vehicle alone. The convertible Rolls-Royce Phantom Drophead Coupe costs around $450,000 and utilizes a powerful 6.75 litre twin-turbocharged V12 engine and can go from 0 to 62 mph in just 5.7 seconds.

Rolls-Royce Ghost Black Badge is the latest addition to Khloe’s car collection as it was only bought this year. The exterior of the car is painted in white and has a starlight headliner. She upgraded the luxury car after her on and off boyfriend Tristan Thompson had a baby with his new flame yet again. The Rolls-Royce Ghost Black Badge costs around $500,000 and can go from 0 to 62 mph in just 4.8 seconds.