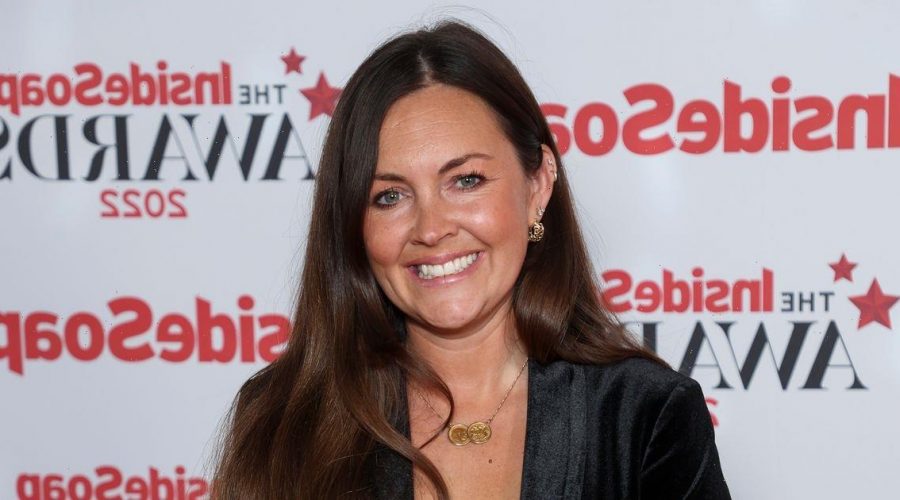 EastEnders star Lacey Turner has a selection of gorgeous tattoos across her back, which all have interesting meanings.

The BBC actress, 34, who is best known for portraying Stacey Slater on the hit BBC One soap, tends to keep her inkings covered up in her soap scenes, but has previously given fans a rare peek at her collection on Instagram.

Lacey is one of many soap stars whose tattoos remain mainly hidden on screen, with famous faces such as Coronation Street's Beverley Callard and Sally Carman also having some gorgeous inkings, as well as fellow EastEnders actress Jessie Wallace.

Let's take a look at Lacey's stunning array of inkings…

Lacey, who shares daughter Dusty and son Trilby with husband Matt Kay, previously opened up to OK! about her elephant tattoo, saying: "I'd always wanted an elephant, as I love them.

"I'd been thinking about it for about 18 months. You can see my back in my wedding dress and it felt like there was a gap on my back so I wanted to fill it."

Lacey unveiled her Elephant tattoo back in 2017, taking to Instagram to share snaps during the inking process as well as the finished artwork.

The pretty animal is generally associated with good luck, and it can also symbolise strength, power and dignity.

Lacey has two birds that sit inwards on her shoulders that look like swallows.

Generally, birds symbolise freedom and hope but historically the meaning behind two swallows date back to British sailors, who used the tattoos to show off their sailing experience.

Nowadays they symbolise loyalty and love.

The actress first shared her Hamsa Hand tattoo off in 2011 on social media.

It's an ancient Middle Eastern symbol often found on jewellery, and refers to the Hand of God or Hand of Fatima.

It's said to have a deep spiritual meaning, with some cultures believing it is a force of protection. It's supposed to brings its owner happiness, luck, health, and good fortune.

Underneath the star's elephant tattoo is a quote, which reads: "Happiness is a butterfly which, when pursued, is always just beyond your grasp, but which, if you will sit down quietly, may alight upon you."