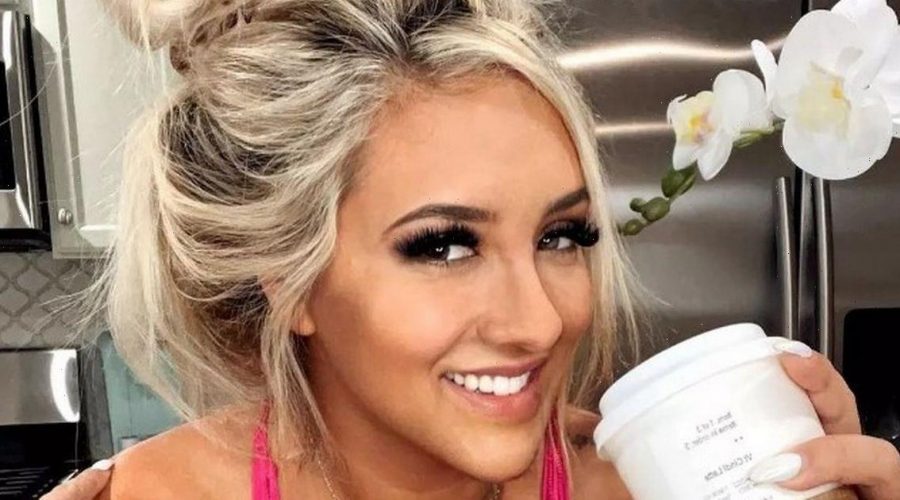 Married blokes who secretly pay a mum-of-four for saucy content are brazenly asking her for tips on how to pamper their unsuspecting wives this Christmas.

Sara Blake-Cheek – who was banned from her kids’ sports games because of her racy modelling – is now calling herself “Santa’s naughty helper”.

And some of her cheeky subscribers are even sending her the cash so she can buy intimate presents for their partners herself.

READ MORE: 'I went behind the scenes at Babestation and it’s nothing like what you see on TV'

The stunning blonde told Daily Star: “I posted a meme on my Instagram story that said girls don’t want the body lotion sets from Walmart for Christmas.

“After that my inbox on OnlyFans was flooded with guys asking what my advice was to get their girlfriend or wife for Christmas.

“I offer naughty Santa sessions in my Santa outfit advising men on gifts they should get their significant other.

“Not only should you absolutely spoil her but I want my fans to get something other than just happiness from it. What girl doesn’t want a designer purse with something sexy inside for you both to enjoy?”

The former hairdresser added: “I even have subscribers who give me an allowance as a personal shopper. They tell me full details about what their women like and are interested in and I go shopping for them.”

Sara, 31, became a millionaire since starting an OnlyFans in 2020 and the NFL fan has gone on to grace the cover of Playboy.

And ahead of the festive season, the sports commentator is now advertising “customised holiday packages” to help men give the loves of their lives a December to remember.

“Gone are the days of crappy Christmas gifts ladies,” Sara laughed. “Nobody wants cheap body lotion from the supermarket. It does not make any woman feel special.

“She wants thought put into it, not just last minute scrambles.

Sara, who lives with her husband and kids in Florida, believes “everybody wins” with her discreet service.

But would she consider the married men who pay for her explicit photos as cheaters?

“I can’t judge anyone on what they do or define cheating,” she answered. “I’m offering an exclusive service. It’s strictly business.”

However, it’s not just men who pay approximately £10 per month for her sexy snaps.

And she said: “I’m not shocked that married men subscribe because the old saying is it doesn’t matter where the appetite comes from as long as he eats at home.

“But I’m more shocked at how many couples like to watch together and subscribe. It’s actually really fun for me to make sure both parties are happy.”

She added: “I have a huge following of couples who watch together so I have ladies ask me for my advice on how to shock her man or what the best gift to unwrap under the tree would be.

“My first choice is always telling her to wear some cosy pyjamas with something extremely naughty underneath and role play Santa Baby.”

Back in October, Sara opened up about how disappointed she was after being told to stay away from her kids' sports matches.

She recalled: “The fact that I was banned from my kids football league for doing OnlyFans was so detrimental because we are a football family.

“The cheerleading coach demanded that I not be allowed to attend anything with my kids and all communication only be through my husband or my daughter wouldn’t be allowed to cheer.”