You know that scene in Mean Girls, where everyone stands in front of Regina George’s mirror and states what they don’t like about themselves? That still keeps me up at night. It can be easy to be hard on yourself and difficult to silence negative thoughts. There are a lot of ways in which women can feel societally pressured, to the point that self-criticism begins to creep in. At times when you wish your boo would help to boost you up, it can be extremely frustrating if your partner won’t stop criticizing you.

Your bae can be a partner in crime, a shoulder to lean on, a person to order the other entree you wanted so you can try a bit of theirs. When you spend a lot of time with someone, your guard may begin to come down, and you can really be yourself. But with this newfound comfortability comes new vulnerability. When someone knows what hurts your feelings, they may start to take advantage of how to hurt your feelings.

Feeling constantly criticized by the person you’re dating can be really painful. It can be difficult to tell a direct attack from sarcasm or well-intended advice. It’s entirely possible that your partner may not be intentionally hurting you, but rather, they just communicate differently than you do.

I talked to Dr. Joshua Klapow, Ph.D, Clinical Psychologist, and host of “The Kurre and Klapow Show” and Dr. Gary Brown, a prominent dating and relationship therapist, about when playful negging starts to cross the line, and what to do when you’re feeling constantly criticized by your partner. 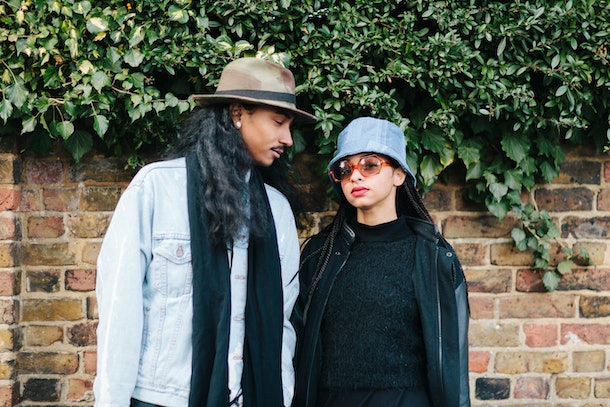 Relationships take work. Disagreements, tense moments, or, dare I say, full blown fights, are not uncommon. But healthy conflict and constant criticism are not the same thing. If you’re feeling your boo is always bringing you down, it may be time for a serious talk.

"Healthy conflict means no hitting below the belt," Dr. Brown tells Elite Daily. "You don’t exploit your partner’s vulnerabilities during an argument. Instead, even though you may need to say something that is painful to hear, you don’t want to say anything that is going to cause emotional damage."

A lover’s quarrel is bound to happen from time to time. But when disagreements arise, it’s important to be mindful of our words and not lash out of anger.

"Conflict is the experience of disagreement, something not in alignment, varying of opinions," Dr. Klapow tells Elite Daily. "Criticism is more personal; it is targeted at the individual. Conflict happens between couples, criticism is delivered from one person to another."

Conflict is a two-way street, but criticism goes one way. If you’re finding more negativity directed at you, rather than back-and-forth problem-solving, it could be a good idea to check in with your boo about how they’re making you feel. 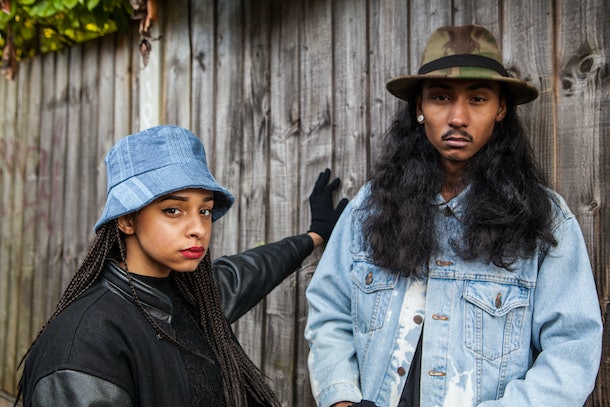 How can you tell a warm-hearted but not-so-funny joke from a direct attack? "When feedback is directed at your character, your personality, who you are vs. what you are doing then the feedback is becoming criticism," Dr. Klapow says. "When you feel like you don’t want to hear from your partner, when you are avoiding them or interactions so you won’t be criticized, it is time to take action."

If you’re feeling a pit in your stomach or that you need some time apart, it could mean you’re feeling a little ouchy about a previous conversation. "You know it’s too much when you literally just can’t take it anymore. If you find yourself feeling chronically anxious, sad, worried about when you are going to be criticized again, losing sleep, and wondering if it is healthy for you to even be in this relationship, then chronic and excessive conflict may be a sign that it is time to either find better ways to communicate, or if that fails, to move on with your life," Dr. Brown says.

When your partner’s words seem to constantly bring you down, it may be time to have a big talk. And, if you state your feelings and needs and don’t see a change in bae’s behavior, it’s okay to think about taking a step back from your relationship. 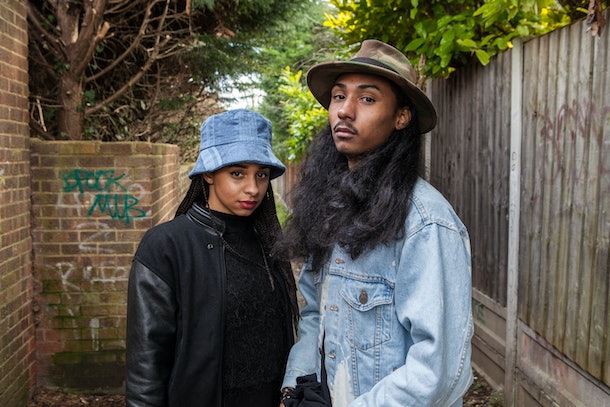 Understanding isn’t always knowing what was said, but how it was said. If you hear your partner’s jokes or tips as criticism, you may start to feel ganged up on, even when they aren’t trying to hurt you. If a comment or remark felt a little, ouch, it’s important to tell them that.

"It is critical that if a person feels like they are being criticized they say something to their partner and that the couple first explore the reasons for the comments," Dr. Klapow says. "Was it really criticism? Did if feel like criticism but it wasn’t intended that way? The only way to get on the same page about communication is to express what you are feeling when you say or hear words. The key is that both partners must understand their intent, their partners experience, and how the words are either lining up or not."

Understanding your partner’s intentions and past experiences is crucial to unpacking what they are saying. If they don’t mean to hurt you, but nevertheless, are hurting you, it’s important for them to discover more productive ways to address conflict with you. If they do intend to hurt you, it’s important that they find kinder ways to talk to you, because you (as all people) are amazing and deserve respect and appreciation.

"A partner who criticizes frequently is a partner who does not now how to communicate, may not care enough about your feelings and may fail to consider that the relationship must work between the two of you," Dr. Klapow says. "Heavy criticism — if it is indeed criticism and it has been confirmed to be — is a red flag for the breaking off a relationship."

Confirming criticism can help confirm where the relationship stands. If someone can only express themselves in taring you down, they may not be the one for you. It might serve you to consider whether this relationship is healthy, or veering on toxicity. 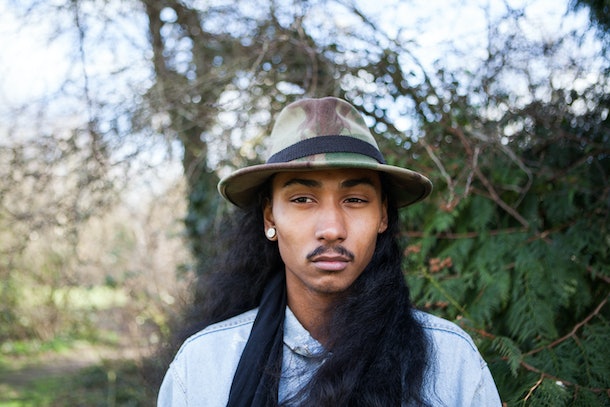 Maybe your boo has a dry wit that comes across as aloof. Or maybe they intentionally send negativity your way, or they’re not a very uplifting partner. Whatever the case, you don’t need to put up with feeling put down on the daily.

"If you can’t find ways to resolve the frequency and intensity of heavy criticism, you may very well need to consider how much you can tolerate this," Dr. Brown says. "Constant criticism can be a possible red flag that your relationship has become toxic."

If your partner is an endless wave of "you’re not good at this" or "you shouldn’t have done that," maybe you’ve heard all there is to say. You deserve to date someone who makes you feel strong and happy. Talking to your boo about reframing their words could be the solution you need, but it’s also okay to say goodbye to the people who constantly bring you down.

Say How You Feel. 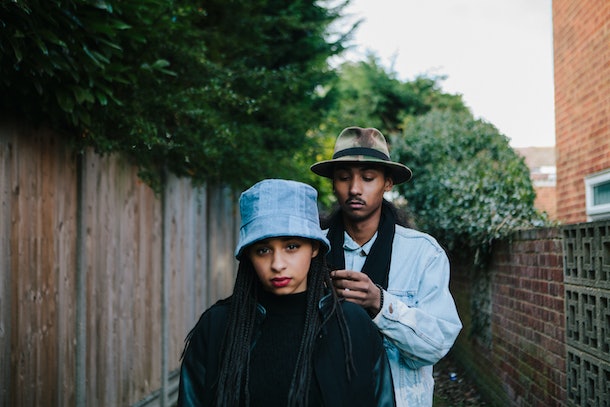 Of course, a relationship where the individuals have different communication styles can exist, perhaps even thrive. Maybe your partner isn’t trying to hurt you, and is willing to both listen and change their behavior, in order to make you feel valued and cared for.

"We all criticize occasionally — it is human. However, there is no room in a healthy relationship for regular criticism," Dr. Klapow says. "Talk it out. It will be a difficult conversation but it is one that must happen for the relationship to survive."

Saying the words that hurt my feelings is not easy, but it’s important in establishing boundaries and creating a healthy relationship. Speaking up when hurtful words are shared can be informative for your partner to learn better ways to speak with you.

If negging is somehow a playful and acknowledged part of the way you and your boo speak, then by all means, have at it. But, if the negativity seems more one-sided, it’s okay to stand up for yourself and say that enough’s enough. If you’re feeling the criticism or verbal negativity becoming too much, there are resources available. You can check in with your healthcare plan about both solo and couples therapy. The National Domestic Abuse Violence Hotline is a toll-free, 24/7 service, that can link you up with counselors who can advocate for you. You can call 1-800-799-SAFE (7233), or use their live chat.

No matter your sense of humor or communication style, you are strong, smart, and powerful. You deserve to date someone who reminds you of this — constantly. Be with the one who builds you up, not the one who tears you down.

11/19/2018 lifestyle Comments Off on If Your Partner Won’t Stop Criticizing You, Here’s What Experts Say You Should Do
Recent Posts