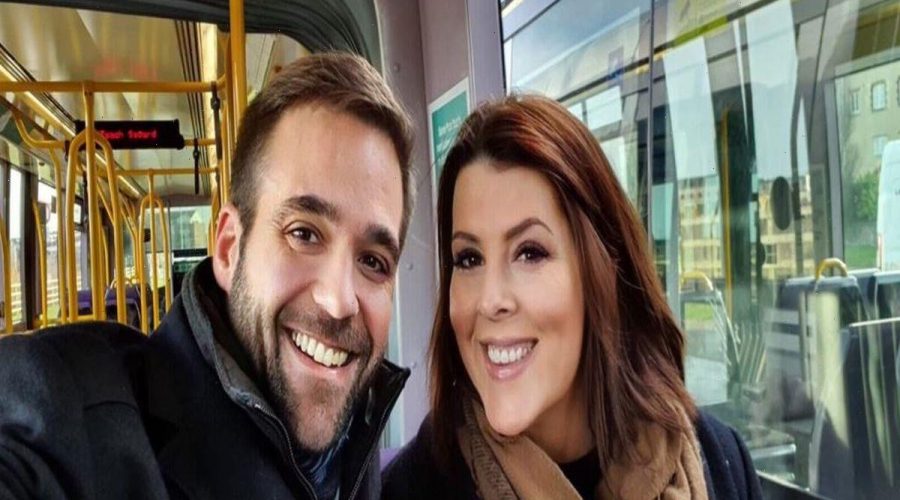 NIAMH Spence was just a teenager when she had her first miscarriage at university.

The PR manager from Manchester was 19-years-old when she miscarried at six weeks.

Baby Loss Awareness Week starts tomorrow and highlights the trauma of losing a baby and offers others the chance to share their experiences in the knowledge that they are not alone.

More than one in five pregnancies in the UK (a quarter of a million a year) end in miscarriage and most happen in the first three months of pregnancy.

While it's not as common, miscarriages can happen up to the 24th week or pregnancy and loss after this is known as stillbirth.

Niamh, now 30, has revealed how she was forced to go through multiple miscarriages before she was able to get any counselling.

She also discusses how she woke in the night to a 'horrific blood bath' after she miscarried during a holiday to Barcelona.

I had my first miscarriage when I was 19 at university with a boyfriend at the time. I didn’t know I was pregnant until I was miscarrying at six weeks.

I was bleeding heavily, so went to my GP who told me I was pregnant but miscarrying. I was in a state of shock, and left to fend for myself – told to go home and rest, and that was that. No mention of any support of counselling.

I went to see my boyfriend at his house, went to bed and didn’t get up for two days. His housemates remember that time quite clearly, me in a state and not knowing what was going on.

I did my best to brush it all off, burying myself in all the things I had to get on with for university, but I never really dealt with it or got on with it.

I then fell pregnant in April 2017, a happy accident with a new partner. Again, I started bleeding heavily at six weeks, so phoned the NHS out of hours phone number, and went to the Manchester Royal Infirmary. There I had blood tests and a trans-vaginal ultrasound, which showed that while there was a sack, the foetus wasn’t developing. I was told the pregnancy wasn’t viable, and given some pills to take to bring on the miscarriage, then sent home.

It was all so clinical, with no mention of support or counselling, and no discussion of why this might’ve happened twice at the same time in my pregnancy. It was horrific, again dealing with all the negative emotions of losing a child and feeling completely unsupported. Everything was focused on my body, nothing else, and I was too shocked to ask for anything else.

Later on, at home, I started suffering abdominal cramps for the next 24 hours, spending a large amount of time in the bathroom or lying in bed. I felt simply awful, and my partner felt helpless to do anything, or what to say.

What is a miscarriage and what are the most common signs?

A MISCARRIAGE is the term used when describing the loss of a baby in the second trimester of pregnancy.

A miscarriage is the loss of a pregnancy during the first 23 weeks.

There are many reasons why a miscarriage can occur, but the majority are not caused by anything a mother has done.

A common cause is thought to be abnormal chromosomes in the baby.

If a baby has not enough or too many chromosomes, it will be unable to grow or develop properly.

Miscarriages that happen during the second trimester of the pregnancy (between weeks 14 and 26) can sometimes be the result of an underlying health condition in the mother, but this is not always the case.

Many women who miscarry go on to have successful pregnancies in the future.

What are the signs of a miscarriage?

A week later I did a pregnancy test which came back negative – the pregnancy had terminated. Those negative, horrible feelings stayed with me for months, really putting a strain on my relationship and mental wellbeing.

I fell pregnant again that July, but the same thing happened yet again – at six weeks I started experiencing unusually heavy bleeding, and felt it must be a pattern, then had to be some underlying cause. Back at the MRI I was briefly admitted, where I went to the loo with a bedpan and discharged what was obviously not just blood. I had bad cramps, but at least this time I didn’t need to take the same pills before being sent home with no support.

This time one of the nurses did mention the recurrent miscarriage clinic, that I’d ‘qualified’ after my third miscarriage as it was some kind of prize, or a special club I was now a member of. But it wasn’t discussed properly, I was offered no follow-ups or support, just told to go home and rest. I was told my body would do what it had to do, but by then I hated my body – it seemed to be my worst enemy.

A few weeks later, in the August, I paid for some private CBT therapy to help me deal with the mourning, all the negative emotions – I’d also recently lost a friend in the Manchester Arena bombing, so felt like I simply couldn’t cope with life.

Slowly I managed to get on with life but in August 2018 I fell pregnant again. Obviously very anxious, a scan at seven weeks showed a heartbeat, which was great news. My partner and I then went on a pre-booked holiday to Barcelona, but on our third day in Spain I started experiencing heavy bleeding. I woke in the middle of the night with the sheets drenched in blood, like some horrific blood bath.

By then I was 10 weeks pregnant, with a 12-week scan booked for when we got home. The next morning I was still bleeding, so we called the emergency services, who rushed to take me to hospital. With us speaking minimal Spanish, and the medical staff speaking almost no English, it was really traumatic trying to explain how many weeks pregnant I was, what had happened.

Scans showed no heartbeat and only a tiny foetus, not the 10-week-old one there should be. I was then given tablets to help me miscarry – but my body was simply so tired by then it couldn’t expel the foetus as it should have. Sent back to our Air BnB apartment, we did our best to continue with our holiday until our flight home a few days later, not knowing what to do with ourselves.

Back in Manchester, we went straight to the MRI yet again, where blood and hormone tests still showed I was pregnant. I took yet more tablets and even started doing lunges down the corridor to speed things along.

Sent home, I was told to come back in two days later for an ultrasound, and to pack a bag in case I needed surgery. Waiting for that ultrasound I was surrounded by pregnant mums, happy, expectant couples with kids, while I sat on my own with a bag by my feet. They were all so excited and happy while I was in the darkest place imaginable.

My ultrasound showed my body was actually resolving itself, so I wouldn’t need surgery to remove it, and sent home – finally, five weeks after it started, my bleeding stopped.

Again, I wasn’t sign-posted to any kind of counselling – but this time I was told I’d be viable for support from the recurrent miscarriage unit, and told they would get in contact with me. But only running clinics on Mondays, I didn’t get a call from them for a year!

In July 2019 I finally went in for tests, which came back completely inconclusive – they could find no reason why I’d miscarried three times at the same stage, why I couldn’t get past the 12-week stage. I was told if I ever got pregnant in the future, I should get in touch and be offered progesterone tablets, which I felt was simply a leap of faith – something that might work, but nobody really knew.

My new partner and I then fell pregnant again in Oct 2020, and I got my progesterone tablets as promised. Needless to say, it was very scary – we paid for loads of private tests and scans because of Covid regulations meaning so many normal scans were being postponed. Week by week we made it through, the doctors telling us our baby was doing really well – but it wasn’t really until we felt the kicking at 24 weeks that we felt safe.

Evie was born happy and healthy on 17th May at 38 weeks and 2 days, weighing 6lbs 9oz. Evelyn means wishful, which perfectly summed things up. But if we have another child, we’ll definitely want the same tablets, but know they’re no magic bullet – we still don’t know the cause of my four miscarriages.

I fully support any campaign for better support for mums suffering miscarriage. The poor care I have received during all my miscarriages was a disgrace and made everything so much harder than it should be. I openly talk to friends and anyone else who wants to hear about things have to change, this isn’t good enough.

I’ve spoken to mums who’ve suffered up to eight miscarriages and then had a baby – invariably they’re told each time they make it a few weeks further into their pregnancy how things are getting better, like this is some kind of progress. Losing a baby scars you for life, mentally and physically – there should be no congratulations on ‘finally’ having the baby you dreamed of. 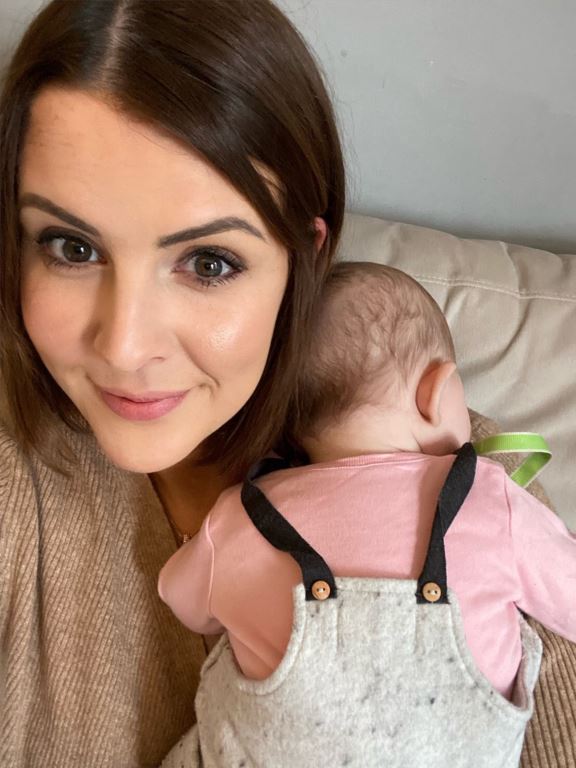 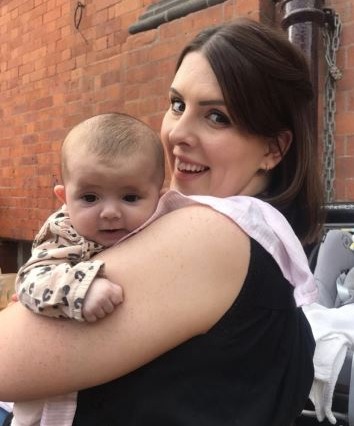