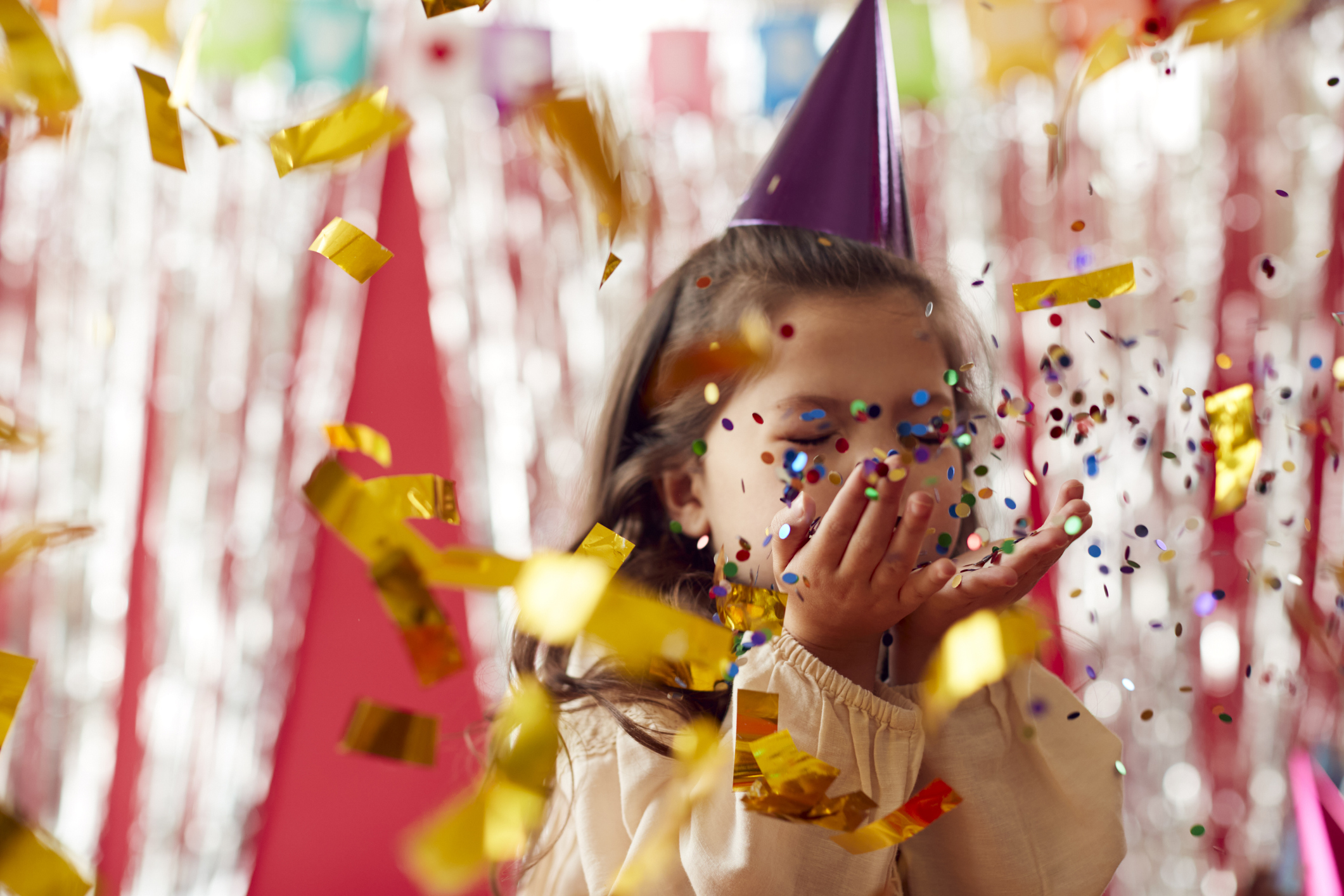 As we entered the village hall, my son Leo, then aged four, suddenly clung on tight to my leg.

We had arrived at the first of many birthday parties of the school year; the noise of the music and sounds coming out of the dozens of children were a tad overwhelming, and Leo was slightly taken aback by it.

His eyes scanned the room, taking it all in, still holding onto me until he spotted a couple of friends he knew and made a beeline for them, dragging me along by the hand.

A short while later the entertainment began. A magician called all the children over to sit down and with a little persuasion from me, Leo went and joined the kids watching the show.

The magician was brilliant, he had the kids, and adults, in stitches – Leo enjoyed himself and it made a change from the bouncy castles or Marvel superhero performers at many other parties.

But as I looked on, I couldn’t help but worry that he would be asking for the same kind of event for his birthday, which was only a few weeks later, and that a party like this one must have cost a fair bit.

Sure enough, in the car home, Leo said he wanted a magician for his big day. I explained that they were a lot of money and as his sister had never had entertainment at her parties, it wouldn’t be fair for him to have one.

I have never spent a fortune on my kids’ birthdays and I wasn’t about to succumb to peer pressure.

Instead, I told him I had thought of something else fun that I knew he and his friends would love – an adventure in the woods.

Truthfully, I’ve never been a huge fan of big birthday bashes for kids – I believe that you can still make your child’s birthday great without spending hundreds of pounds and putting on a big show.

At the party we attended, not only was there a magician, there was prosecco and beer for the adults and even canapes.

Don’t get me wrong, we were well looked after, and I certainly wasn’t ungrateful, but the feelings of pressure to make Leo’s birthday as brilliant as this did briefly weigh down on me.

And it was only briefly, because I am not a ‘competitive mum’; I am confident enough in my own parenting not to follow the crowd and think spending more means the best party.

I certainly don’t judge other parents for splashing the cash – each to their own and all that – but I do think that parents often opt for spending big as, let’s face it, it is so much easier than doing everything yourself.

Over the years, I’ve noticed that kids’ birthday parties seem to have become more and more ‘extra’, with parents spending hundreds of pounds to put on some pretty huge extravaganzas.

The perfect images we see on social media might suggest that your kids need it, but do they really? I don’t think so.

At one big party we attended, the birthday girl greeted each of her guests by asking where their gift was and, as she was placing each item on a designated table she was counting them, making sure her friends knew just how many gifts she was getting.

It felt like the whole meaning of the celebration was being lost – her guests’ presents being much more important than their presence.

There were over 30 children there – that is a lot of games, toys, or clothes for one child to receive. I’m just not comfortable with that level of gift-giving for my kids.

My children, Ella, nine, and Leo, now six, have only ever had small affairs for their birthdays – something they will tell you has been no bad thing.

Both understood from an early age that they wouldn’t have anything bigger, but neither of them feel like they are missing out.

Having kids has meant that our household income took a nosedive and so for us, an expensive gathering would be too much of a stretch financially, but we have also been keen for them to understand the principle ‘you don’t have to spend a lot to have a lot’.

Their celebrations have ranged from a few friends round the house for games and tea, to the forest party last year for Leo.

I did the latter myself, along with a close friend and we used some woods local to us to create wands, build dens and get the hot chocolates in – with the whole thing costing just £40.

Everyone loved it, especially Leo who loves being outdoors and the feedback from parents was all very positive, with some commenting that it was nice to do something different from the big, noisy indoor events.

For Ella, after not being able to have any friends over for her 7th or 8th birthdays due to Covid, she took nine friends to Pizza Express for a pizza making party for her 9th birthday.

It cost the same as those two missed parties at home and is probably the last time she will celebrate with more than her three closest friends, as the bigger get-togethers seem to stop around age 10, and taking a few friends to the cinema or bowling becomes the norm.

Admittedly, my career in the childcare sector has meant I am confident to throw a party without hiring entertainment, but I don’t feel it is really that hard to do and the kids get just as much enjoyment out of it.

Not to mention that doing things on a smaller scale means that there are less children overly excited from the party (and sugar!), less mess, and less noise – anyone who has had to sit through an afternoon of 30 excited kids bouncing on a castle will know what I mean.

And there are the benefits of teaching your kids a crucial lesson about the value of money, living within your means and importantly, that splashing the cash isn’t everything.

As we are going through the cost-of-living crisis, families are having to make some big sacrifices, but scaling down a child’s birthday party doesn’t mean kids are missing out at all.

And it certainly doesn’t make you any less of a parent.