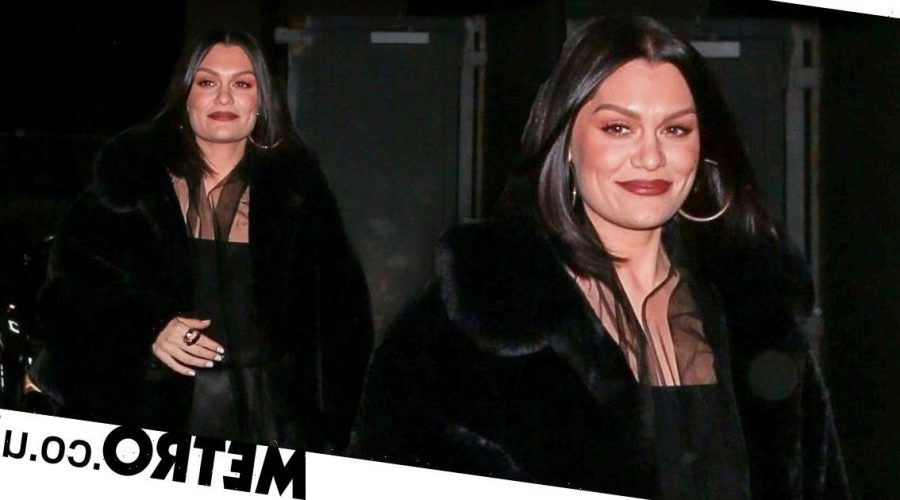 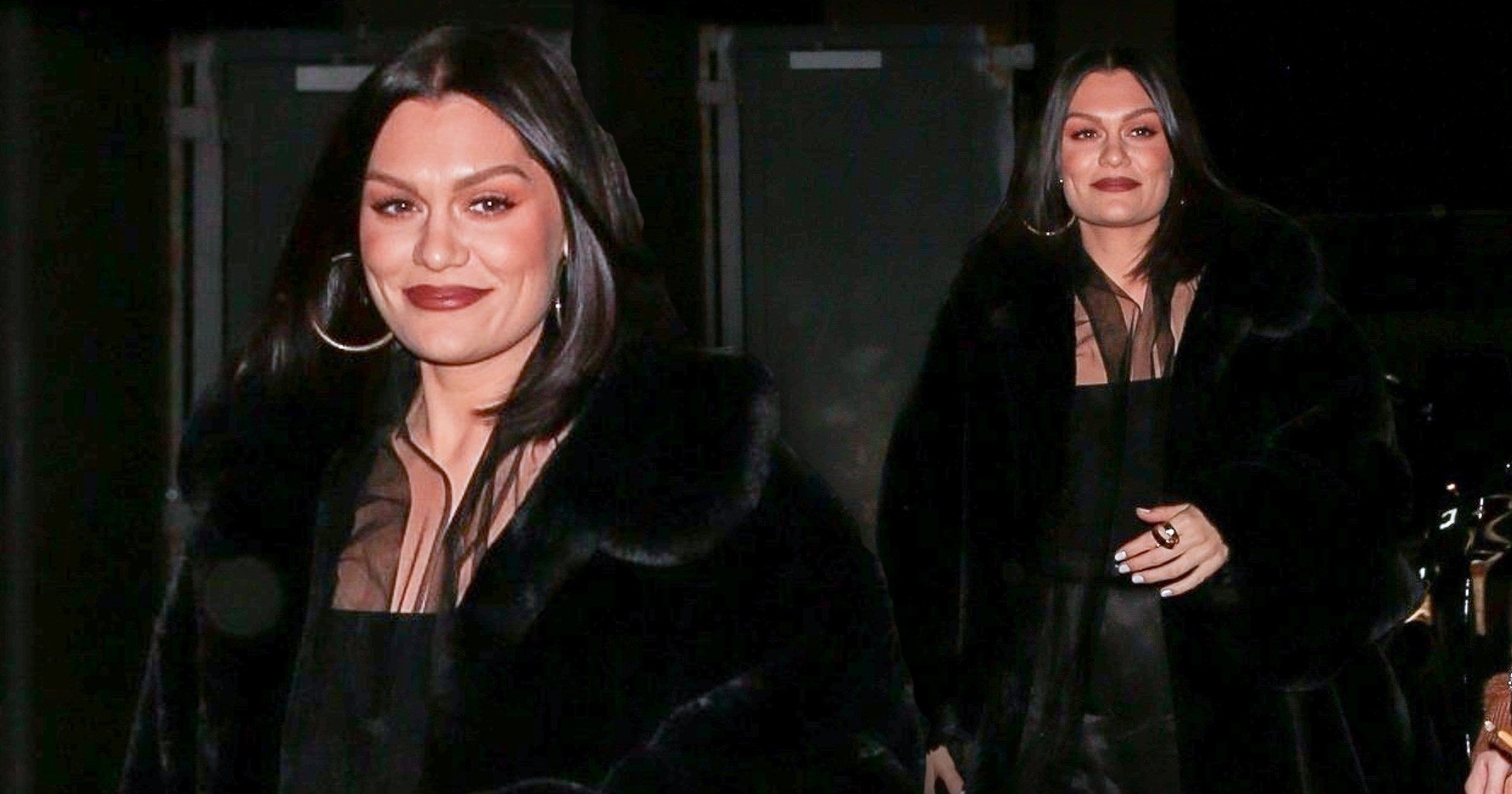 The probe ran over my stomach and instantly visible on the screen was my little baby, floating white and motionless.

I anxiously watched the image as the doctor pushed down on my belly, to no reaction.

‘I am sorry,’ he said, ‘the heartbeat has stopped.’

I’d known something was wrong for several days. Then just over 11 weeks pregnant, I went to a clinic for an urgent appointment while I was visiting my mother in Germany.

I had suffered a ‘silent miscarriage’, as the doctor put it.

Last week, when I read about Jessie J’s experience, I was instantly taken back to those crushing moments.

I was also a solo mum – I had been using a sperm donor and this was my final ‘snow baby’ (a frozen embryo taken from a previous IVF cycle).

It is such a difficult and lonely road to plan and experience a pregnancy alone so I know exactly how Jessie J will have been feeling when she shared her loss on instagram.

As I understand it, Jessie J has a condition called adenomyosis where the tissue that normally lines the womb starts to grow within the muscular wall of the womb. It is linked to an increased risk of miscarriage and premature birth. I suffer from this condition too, and it can lead to heavy and painful periods.

I sincerely hope that Jessie will take courage from the fact that one of her little embryos implanted, however brief the pregnancy might have been.

Often, single mums don’t know who to confide our happy news in, we doubt our ability to parent as efficiently as a couple, and we have nobody by our side for scans.

The devastation hit me hard. I had suffered two previous miscarriages in my quest to have my little boy, then age three. I desperately wanted to give him a younger sibling and I knew this final embryo was my last attempt to try. By then 40, I knew I did not want to seek a further sperm donation or put my body through IVF again.

Losing another baby after the hurdles I had to overcome prior to discovering those two pink lines adds an extra layer of grief.

I lay in my mum’s guest bed with my son and explained that the baby had died, and gave him cuddles as we cried together.

I started my journey with a sperm donor in 2012. I had been through several dead-end relationships, including a brief engagement, and could not face wasting any more time searching for a guy who wanted to be a dad, so I joined the growing community of solo mums in the UK.

In 2013, I had a challenging round of IVF, which led to the birth of my son – I was overjoyed.

I had one embryo left over and I decided to keep it frozen – I always imagined myself as a proud mum of two, as I had grown up with two siblings.

Returning to the clinic in January 2018, I had mixed feelings of anxiety and hope. It was the place where two of my previous pregnancies began and questions filled my mind.

Would I cope if it worked? Was my support network strong enough? How would my son react?

Two weeks later, I held a positive pregnancy test. I was elated and overwhelmed – it worked! I’d have two precious children, a lovely sibling for my little boy.

In the run-up to my first appointment for an early six-week scan, I was very nervous. I’d lost my first baby very early – even before I had an ultrasound, and my second pregnancy ended due to ‘delayed growth’ and a ‘slow heartbeat’.

However, my doctor assured me that my baby was perfect. I had classic pregnancy signs: fatigue and a sensitivity to smells. I was reassured by the strong, fast heartbeat.

After getting used to being pregnant again, I decided to tell the big news to my son – who was incredibly excited to be a big brother.

Next, I told my mum. She visited us in the UK every few weeks, so I put the positive pregnancy test into a little box and wrapped it, handing it to my mum at breakfast. After the shock subsided, she was thrilled at the idea of being a grandma again and started making plans.

One dilemma of solo pregnancy is knowing who to tell and when. It’s to make sure that you have the positive support, not the doubts and judgement I occasionally encountered, mostly from married people.

As time went by, I felt more confident about my growing pregnancy, and started to share the news with some of the solo-mum groups on Facebook who have also used sperm donors – I was showered with congratulations from everyone.

Feeling the support of others is essential to anyone in their parenting journey, even more so when we don’t have a partner involved.

I’d flown to Germany with my son to stay with my mum and, while there, I arranged a lovely lunch with my father for his birthday, who was thrilled at my pregnancy news.

Only, I woke up two days later with a strange feeling – a sort of emptiness inside. Like the light had gone out in my belly. It was far too early to feel any movement but could losing the ‘pregnancy’ feeling mean I had lost the baby?

I wasn’t in physical pain – no bleeding or cramps – but that’s why I arranged the scan in which the dreaded news was confirmed – my silent miscarriage. Followed by silent suffering. I had no partner to console me or hold my hand as I’d left the doctor’s room that day.

As the loss of my child wasn’t classed as an emergency, I was told I’d have to wait to return to London for an operation to remove the baby. I had to continue carrying my lifeless unborn child for nine days, I confided in my mum but I felt utterly powerless having to wait for the inevitable.

Jessie J was absolutely right to reach out online, because for many people miscarriage is a taboo until it happens to them. I did not regret sharing the news of my pregnancy ‘early’, as at least it had allowed me to share a brief period of glowing happiness.

I also understand Jessie J’s decision to keep working even as she was losing her baby, as sticking to our usual routine can feel like a life saver for many mums experiencing a miscarriage. Especially at work, it can feel very insincere to pretend all is well even as our world has come crashing down, so to share the news of her loss with fans must have felt cathartic.

Four days on, I flew back to London with my son. I had to book myself into the early pregnancy unit, a required step before I could be scheduled for the procedure to remove my baby. I was given an appointment for the following week. Having experienced both a natural miscarriage and an ERPC (Evacuation of Retained Products of Conception) procedure, I knew knowing the date it was happening would be kinder for me and work out better with my parenting responsibility towards my son.

However, a few days before I was due to have the operation, I began bleeding at home. I was taken to hospital by ambulance while friends looked after my son.

It was a traumatic experience, having to wait in A&E alone, bleeding and in pain and having to stay overnight before a procedure the next day to ensure all traces of my pregnancy had been removed to prevent infection.

Physically, I recovered very quickly and went back to exercise classes as soon as I was able. Emotionally, things take longer to heal. There are three babies the same age as mine would have been in my circle of friends, so reminders of birthdays and other milestones can be tough.

I spoke about the experience to my counsellor, family and online support network and also took my son to a memorial service around the time the baby would have been born, which felt healing.

I know I am not alone in this – one in four pregnancies ends in miscarriage in the UK, with most happening before 12 weeks.

One of the worst things I encountered was other people’s thoughtless reactions. When I shared the news that I’d miscarried my final embryo, one friend responded that perhaps it was for the best for my child not to have a sibling. ‘He needs a lot of your attention, typical only child.’

I also often freely speak my mind at times and think better of it afterwards so I forgave her but I believe it is important to think before you say something insensitive, just being there for a friend experiencing baby loss is often enough.

Other friends who were there for me during my loss showed me what true support is all about. I empathise with everyone going through a miscarriage, especially those who are going through it alone like Jessie J.

It can feel like the end of the road, a whole future you imagined with that child now erased.

For many solo mums, the path to parenthood isn’t straightforward.

Despite the painful experiences we might suffer, bringing home a precious newborn makes it all worth it.