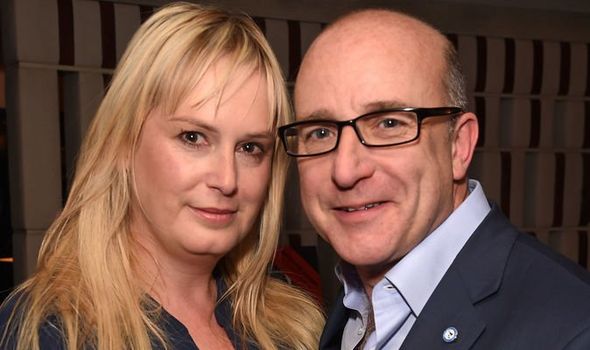 A RICH, rewarding relationship is one of the greatest sources of happiness in the world. But relationships that are stuck in negativity cause suffering and sadness. Now you can say goodbye to all that. The techniques you are about to learn will recode the habits of your conscious mind. The more you practise them, the more swiftly you will get positive change because every effort you make is supported and amplified by your unconscious mind.

The good news is that the system works for everyone – even those who have given up hope.

When I was a young man, I had my heart broken, so my unconscious mind began preventing me from ­getting really close to anyone.

I wasn’t deliberately trying to wreck my relationships, but my mind was repeating the protective action even when I no longer needed it as a form of self-protection.

I described myself as “commitment phobic” and, in 2012, I told an interviewer: “I’m not built for relationships.”

I didn’t have a problem getting together with women, but I did not seem able to make a relationship last.

As this pattern emerged, I developed two unhelpful beliefs.

First, I saw myself as victim of a pattern: I could not stop choosing the wrong woman.

In the second, I believed I could not stop myself from sabotaging my own happiness.

My unconscious mind knew that I had been hurt in the past and it manufactured disagreements so I would split up with girlfriends before it became too painful.

The driver in both cases was my unconscious.

One day, a good friend pointed out to me that the common denominator in all my relationship problems was me.

It was ME who needed to change.

When I came across the love ­strategy, it was a complete revelation.

Up until then, I constantly wondered why I was trying so hard to show the other person in a relationship with me that I really cared about them.

Things I said or did had no impact, no matter how hard or often I tried.

It was so frustrating, as though I was speaking another language.

I was mystified at how I seemed to cause offence even when grateful.

“Don’t you like it?” one girlfriend asked, after giving me a gift.

“Of course,” I replied. “I’m going to put it somewhere special later.”

Then I learned the love strategy and everything changed.

I was able to communicate how I felt and I was understood.

The arguments and frustration went away immediately, as if by magic.

I realised that the person who gave me that gift was visual.

She expected me to look at it, examine it and put it right in front of me.

It also became clear that my own preferred mode of thinking is auditory.

This means that while I am grateful for a gift, I am truly touched if a person tells me in a meaningful and authentic way that they love me.

The following techniques are deceptively simple but will make all the difference in the world to the intimacy and connection in your relationships, as they did to me:

2. Notice the direction in which people tend to look when searching their memory to answer questions. Visuals tend to look up, auditory to the side and kinaesthetic down.

3. When you have established their preferred mode, begin to attune your language to theirs so they feel understood and appreciated:

For visual partners, use visual metaphors in your language.

Show your love with acts of service and visible gifts, like flowers, paintings and written messages.

Use your phone to send them pictures and photos.

Take them to the cinema and to beautiful places.

For auditory partners, use auditory metaphors in your language.

Show your love by telling them meaningfully about what you appreciate about them.

Find out what sort of music they like and find more of it.

When you agree with them, don’t just nod but offer positive verbal affirmation.

For kinaesthetic partners, show your love with hugs and touches.

Buy them presents that are rewarding to hold and to use.

Join them in physical activities such as walking, dancing, tennis or sailing.

We all use all modes to some extent, so when you have an important message to convey, you will have maximum impact when you talk to the person in a direct and meaningful tone, look them in the eye and touch them in an ­appropriate way.

And if you are receiving a gift or an important emotional communication, hold the gift or touch the person in an appropriate way, look at the gift carefully or look at the person as you say something thoughtful and appreciative.

Your attention is a form of energy, and it is one of the most powerful gifts you have.

The more you pay attention, the richer your relationship will become.

Take your phone off the table – it attracts your attention even by the possibility of alerts.

Keep flirting, even long after you have agreed to be in a relationship.

It is fun and it leads to better sex, which is perhaps the nicest form of communication that there is.

There is a psychologist in Seattle who can predict with 90 percent accuracy, and after just 20 minutes of conversation, if a couple will stay together.

Dr John Gottman, of the Gottman Institute, has spent the past 40 years analysing the conversations of couples and has discovered the four actions that create happy, long-lasting relationships.

The more people did these, the greater the chances of success.

Happy couples are good at listening.

They give time and attention to their lover and make an effort to understand them.

He also discovered that many of the actions and things we say to our partner are bids for attention.

If you hold out your hand to your partner and they take it, this feels good.

It feels bad if they don’t.

A flat response when you greet your partner after work feels bad.

These little bids happen constantly, and when partners respond the relationship is nourished.

Gottman also noticed that ­couples who get on well express their admiration for each other ­regularly.

In short, if you think or feel it, say it.

Noticing and commenting on the good things in life doubles the pleasure of the original observation, and nourishes our loving bonds in ­profound ways.

• Extracted by Jane Warren from Seven Things That Make Or Break A Relationship by Paul McKenna (Bantam Press, £14.99). For free UK delivery, call Express Bookshop on 01872 562310 or order online via expressbookshop.co.uk

Related posts:
02/14/2020 lifestyle Comments Off on I found love under my nose after years of broken hearts, says PAUL McKENNA
Recent Posts
We and our partners use cookies on this site to improve our service, perform analytics, personalize advertising, measure advertising performance, and remember website preferences.Ok