Her name was Tamara and she liked the first band better.

I know because she told me straight out. I disagreed. After all, I wasn’t in the first band. I was in the second band.

It was the fall of 2015 and I was touring Europe as part of the Los Angeles punk group, Maniac. We were burned-out, bedraggled and nursing a four-week communal hangover as our jam-packed sprinter lumbered into Seville, Spain and lurched to a puttering halt outside the venue.

Despite our sorry condition, we were excited. By all accounts, Seville was a college town with an appreciation for our particular brand of aural effrontery. It was our penultimate show and sure to be one of the best.

The venue doors swung wide and we strutted in confidently, expecting a packed house. What we found were a pair of local music writers, a photographer, a smattering of indifferent drunks, and a dour bartender with a face like a Cubist portrait.

‘Where is everybody?’ I asked. An unfamiliar voice answered, ‘School’s out.’

I turned to see a young woman with black, stylishly hacked shoulder length hair, sad eyes rimmed by smoky moats of expertly applied eyeliner and a philtrum so perfectly rendered that I finally understood why they call it a ‘Cupid’s bow’.

‘School’s out?’ I replied. ‘Yep. Everybody went home.’

‘Then what’re you doing here?’ I asked. 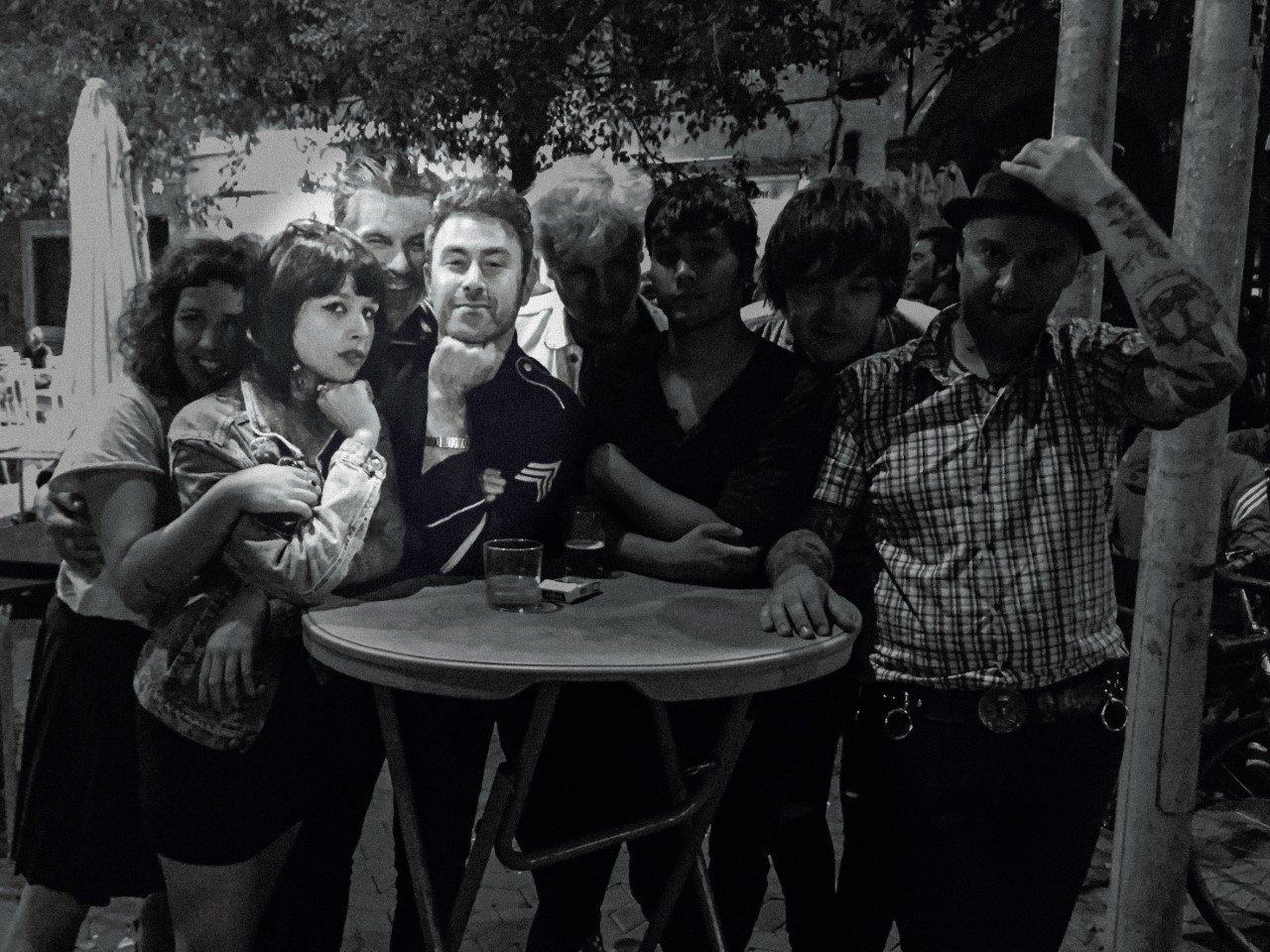 Introductions were made and I learned Tamara was from Puerto Rico, a psychology student studying abroad. She handed me a crumpled wad of drink tickets and explained that the bartender had made her a deal: free beer for the evening if she would liaise with us crude, monolingual Americans.

I thanked her and attempted to save face by conversing in Spanish so remedial and grammatically scattershot that Tamara begged me to stop butchering her native tongue. I obliged, she smiled warmly, but before anything more could be said, the first band began to play.

After the show, I found Tamara at the bar, nursing the last of her beer. I bought her a fresh one and asked her what she thought. It was then she expressed her preference for the opening band and asked me what I was doing playing in a punk group at my age.

She was candid, charming, guileless, and beautiful, and, before long, I was in full smit. I imagined our future together: meeting each other’s families, exchanging vows, applying for a low-interest home loan. And just as we were about to welcome our first child into the world, Tamara casually mentioned him — her boyfriend.

Everything we’d built together was levelled in an instant. I played it cool, knocked back the last of a flat, lukewarm beer to mask my devastation, and politely invited her to join the band for an evening on the town.

As we poured into the humid Sevillian night, our ragged posse slowly dissolved until, eventually, Tamara and I were the last men standing. Together, we drank and danced and talked into the wee hours. And as the bars let out, I walked Tamara to a bus stop so she could catch a ride home. Standing under a lone street lamp, we hugged for a beat too long and I asked if I could kiss her on the cheek. She said yes and I did.

Parting ways, I was overcome by a bittersweet sadness. I’d never known anyone quite like Tamara. I felt like myself with her. I also felt like I’d met the love of my life and I’d probably never see her again. And as each step carried me further away from Tamara, that feeling grew until I was hopelessly lost.

Literally – I had absolutely no idea where I was.

I texted my bandmates for directions, but they’d all been rendered unconscious by the evening’s excesses. Moments later, my phone died and I was left to wander the byzantine streets of Seville alone.

The city was dark and eerily quiet, but my creeping desperation was tempered by thoughts of Tamara that made me smile. And, as dawn broke, a friendly local took pity on me and helped me find my way home.

The next day, as the band travelled to Madrid for our final show, Tamara and I messaged each other. And, we continued to message each other nearly everyday from then on.

Nothing untoward; we talked about our lives our families and often about nothing in particular — with Tamara, even the most mundane subjects could be endlessly entertaining. A few months into our text friendship, Tamara told me that she’d broken up with her boyfriend. I felt bad. But not that bad. After all, we were kindred spirits. And, as much as I’d feared never seeing her again, there was a part of me that always believed a reunion was inevitable.

Several months later, Tamara returned to Puerto Rico to finish her studies. She told me she had a break from her classes coming up and just enough time for a visit. I immediately bought her a ticket to LA.

Driving to the airport, I picked at the steering wheel, nerves abuzz. We’d been texting daily, but we hadn’t seen each other since that night in Seville. Would the chemistry still be there?

When I picked her up, Tamara threw her arms around me and all my anxieties vanished. It was like we were back in Spain, embracing at the bus stop under the street light; except this time, we both knew there’d be no leaving.

Tamara visited me three times over the next six months. On the third visit, she never left.

Earlier this year, Tamara and I eloped, marrying in a suburban strip-mall in Alhambra, California. Afterward, we drove to Las Vegas where we ate dinner at Nobu, won $65 at the blackjack tables, and cringed through an idiotic magic show. It was the perfect wedding day.

Now, three months and seven years in, Tamara remains my best friend and the love of my life. We laugh easily and we rarely argue. Although, occasionally, I do feel the need to tell her she was wrong…

The second band was better.

Andrew Zappin is a photographer and filmmaker who, along with Duncan Stafford, created the limited-edition photography book Fat White Family: Pictures For Our Mothers (out from Tangerine Press on 4th August)

So, How Did It Go? is a weekly Metro.co.uk series that will make you cringe with second-hand embarrassment or ooze with jealousy as people share their worst and best date stories.

Want to spill the beans about your own awkward encounter or love story? Contact [email protected]