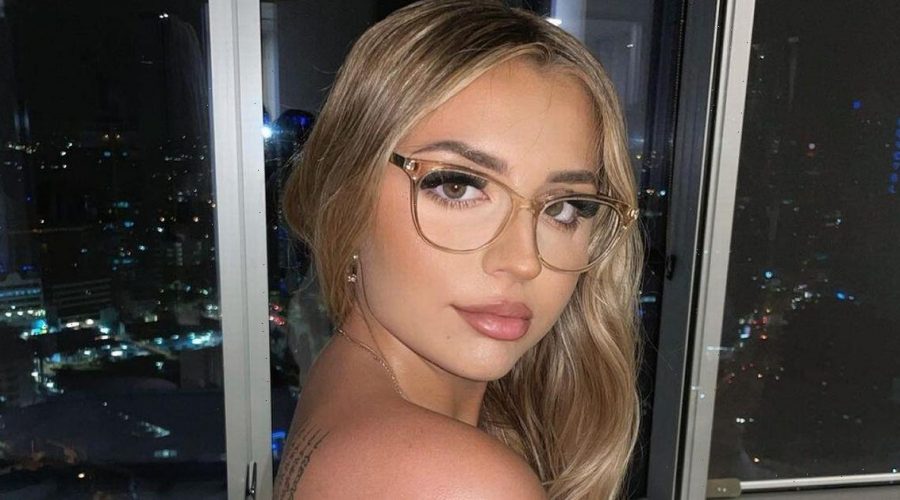 An Australian hairdresser who was struggling to make ends meet on A$12 (£7) an hour as a salon apprentice has now earned a whopping $2.8million (£1.5million) from selling racy content on OnlyFans.

Lilith Cavaliere, 21, worked at Stefan's, a chain of salons in Queensland, after leaving school, however she said she found it to be stressful and draining with no time for regular breaks.

Opting for a career change, Lilith turned her attention to OnlyFans after hearing from women she knew that it was an 'easier' way to boost their incomes.

And she is now saving to buy a house with her huge earnings from the X-rated site. "My audience is basically all men from around the world. The top places they are from are the US, Australia, Mexico, UK and France."

Lilith says she's asked for all kinds of kinky fetish material on the site, which she describes as 'strange', especially when it involves shaming men with small genitals.

"I always get asked for dirty undies, that is also very strange," she added.

The blonde admitted she sometimes gets 'creative' in front of the camera because she refuses to do full nudity and instead sticks to mainly lingerie 'with a see-through top'. She also says she does a lot of cosplay-type content and "shaking my butt".

However, she says it's not as easy as it sounds, as Lilith describes it as a "full-time job".

She says she puts in eight hours most days – , messaging, uploading, and making content.

"I have people who help with other parts of my life so that I can focus on creating for my subscribers and connecting with them," she says. Lilith admits that when she first signed up to the website a few of her loved ones were sceptical about the business idea and 'turned nasty'.

However, she says that now that she makes a living from it, there are less complaints from them.

Since bringing in the cash, Lilith has splashed out on a Mazda 3 car which she bought up-front.

She also bought a Tesla Model 3 for her 21st birthday, although says she prefers to save and invest for her future rather than splash out on expensive or designer items.

As well as her OnlyFans account, Lilith also runs a crystal e-commerce store on the side which she plans to grow.

She says that next year there will be a line of merchandise available on her website and she's even looking to get into the property market.

"I eventually would like to continue within the e-commerce world and keep creating new businesses," she said.