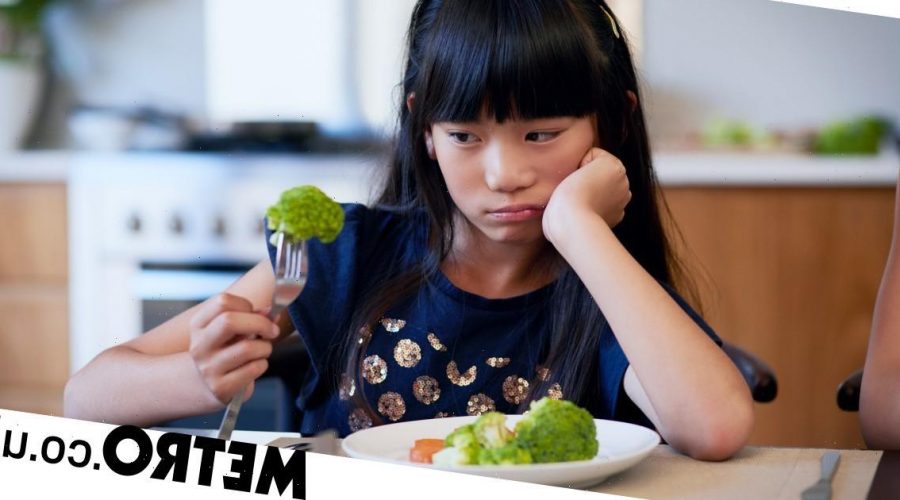 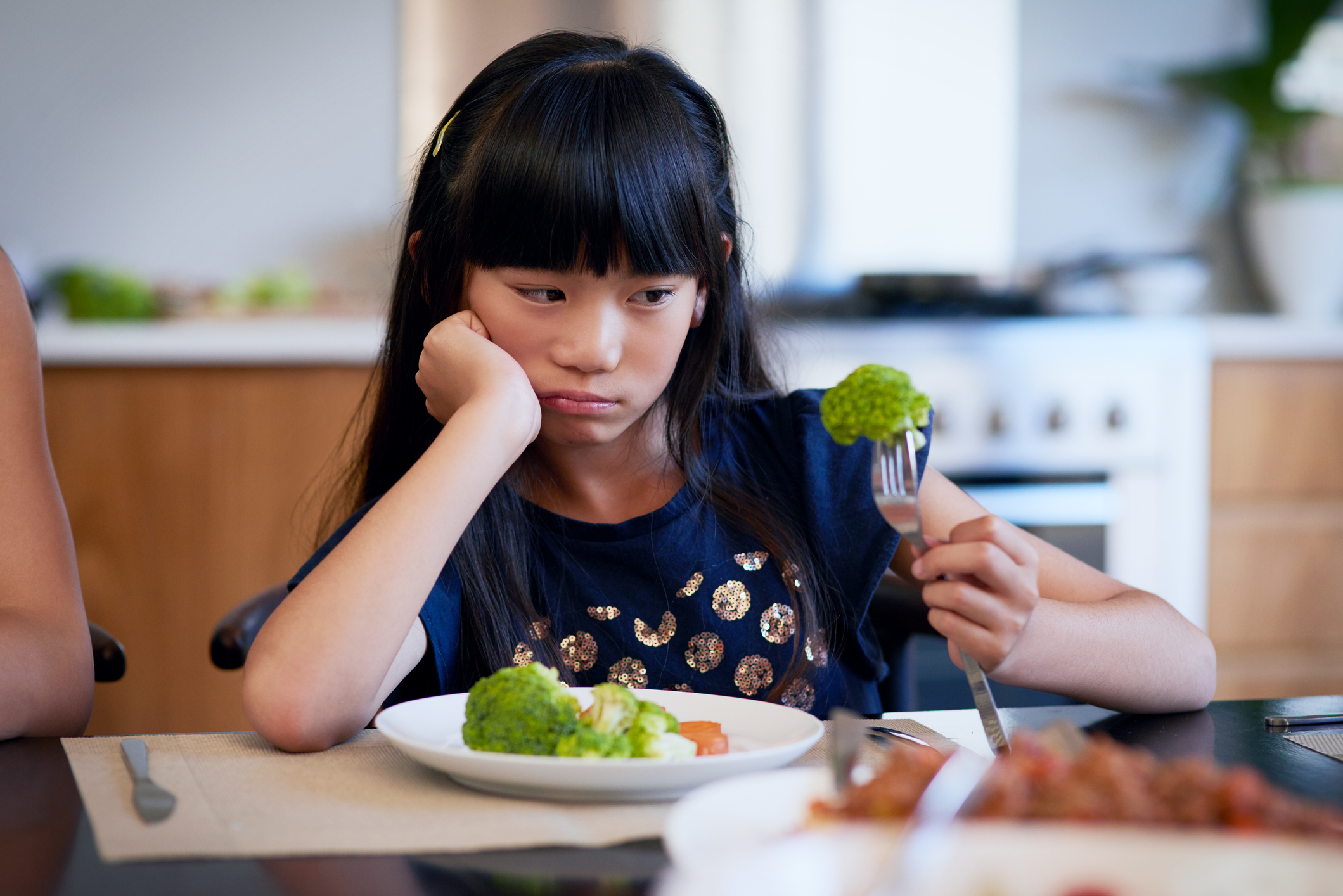 Getting a fussy eater to finish what’s on their plate can feel like a never-ending struggle.

Sure, you might get them to cave during one meal, but soon enough another comes around, and you’ve got to start the process all over again.

For anyone struggling to get their kids to vary or finish meals, we’ve spoken to parents and nutritionists to get their top tips on how to manage your little food critics.

‘Pretend it was for their older siblings. “Don’t touch it, that’s not yours.”

‘They eat it every time.’

Telling them: “It takes at least 10 tastes before you really know if you like it or not. So you need to have at least one taste now.”

‘Tapas meals. I don’t believe in forcing them to try things they don’t want to, so I offer several small parts of a meal and reintroduce things often.

‘Sometimes she’ll eat it, and sometimes she won’t. I also don’t make a big deal of her decision – she’s allowed to make a choice.’

‘We’ve found that if we make the food into a dinosaur or a Paw Patrol character then my daughter will consider it.

‘Doesn’t always work but more often than not it does.’

‘I have decided not to make dinner a battleground. It is him asserting his boundaries in one of the few places he can.

‘Since it has become a non-issue, and with age, he is asking to try other things.’

‘I used to pretend the broccoli was a tree terrified of the monster (the child).

‘Every time he took a bite, there was a song. It was bad. It worked.’

‘I’ve implemented a “no thank you bite” rule when introducing new foods/dishes to my three-year-old. She has to take at least one bite of something before dismissing it entirely.

‘As long as she does this, she can say no thanks to the rest and that’s fine, as long as she’s given it a go.’

‘Telling them: “Believe me, if you don’t like eating it when it’s hot, just wait until you’re having it cold for breakfast.”

‘Guaranteed to work three times out of 10.’

If your child is old enough to serve themselves, Helen Burgess, nutritionist, parent and founder of Little Cooks Co, says letting them choose what they want to fill their plate with will help change the dynamic in your favour.

She explains: ‘This shifts the responsibility for choosing food and recognising when they are full onto your child.

Similar to Manpreet’s tapas method, Helen says: ‘Provide a selection of foods that you are happy with. You may get a few nights when they only eat the potato, but be patient.

‘When they see everyone else digging in they’ll soon feel like they’re missing out and want to get their fair share.’

Show as well as tell

Nutritionist Resource member Sonal Shah tells Metro.co.uk that it’s important for kids to see you happily eating right too, as they can subconsciously internalise the same habits.

Similar to Dan’s method of shaping the food into dinosaurs or a Paw Patrol characters, Sonal recommends making mealtimes fun.

It’s often vegetables that give kids the most pause at mealtimes, but it’s not hard to hide some green stuff in something they find more palatable.

Sonal says: ‘It’s okay to disguise vegetables into soups and smoothies and milkshakes.’

Helen recommends a veggie sauce: ‘Just whizz up leftover vegetables you have (courgette, peppers, mushrooms, cauliflower etc), add passata or tinned tomatoes to turn it red and then make your meals as normal.’

Get the kids involved with the meal prep

When you think about it, being in control of your own mealtimes is one of the best parts of being an adult. It’s easy to see why your kid might want to put their foot down.

To help them have a bit more autonomy over what they eat, Sonal says asking what their preferences are and preparing their food that way can help get them on board.

‘Encourage them to partake in helping to prep or cook,’ she adds.

Helen agrees, saying: ‘Children who cook eat more veggies. It creates a sense of ownership that means children are more likely to try what they’ve cooked – what’s more fun than getting to eat your own art project?’

‘Sit with your fussy eater at the weekend, pull out some cookbooks and decide what meals you will cook the following week.

‘Let them choose the meals for some of the days, and explain that everyone will eat them, but they have to agree to eat the other meals the other nights.’