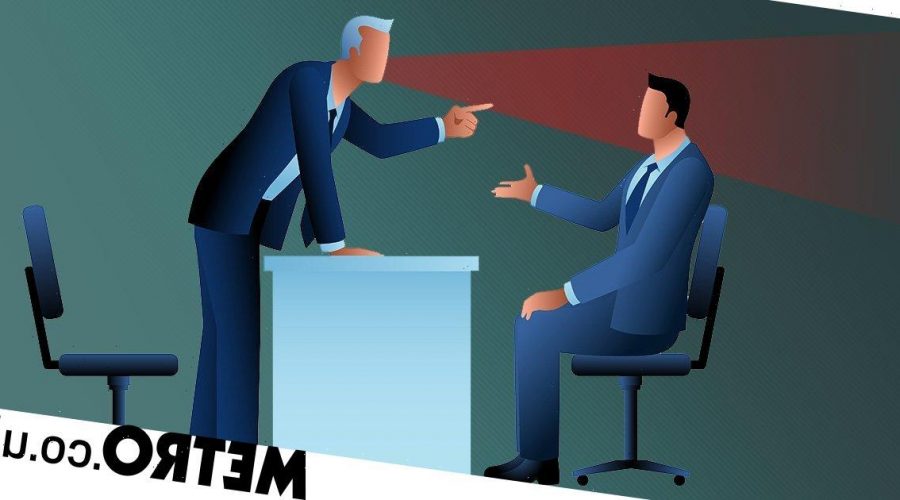 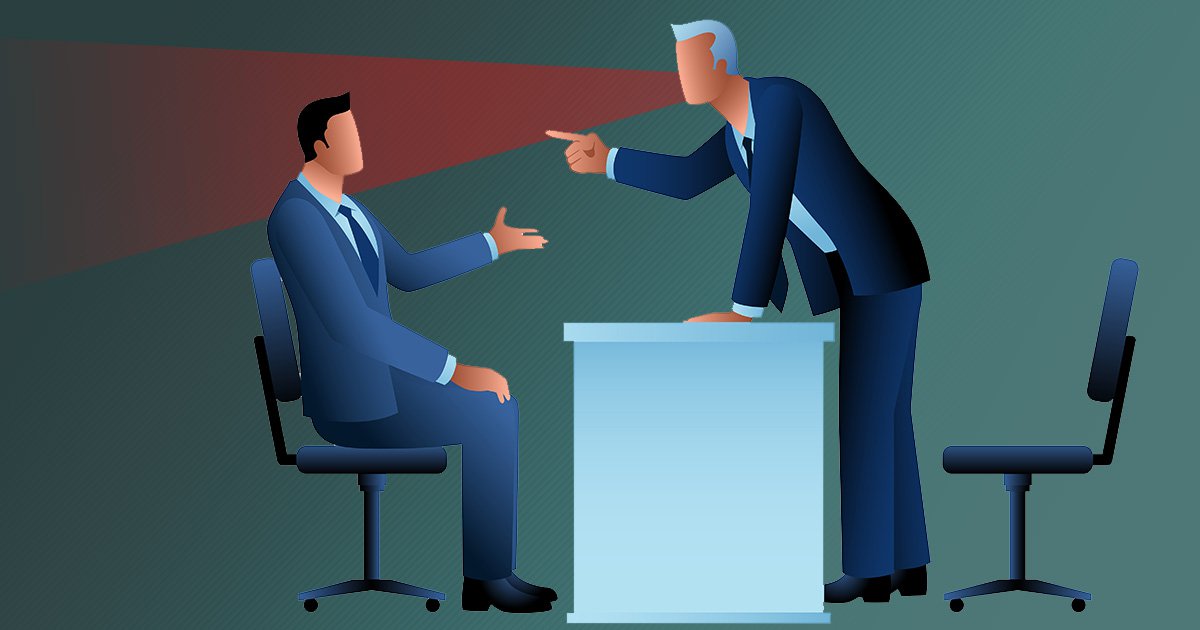 The topic of workplace bullying is currently centre stage thanks to, as Sir Keir Starmer described him during PMQs, ‘pathetic bully’ Gavin Williamson.

Gavin has quit but vowed to clear his name of allegations against him, which include telling an official to ‘slit their throat’ on one occasion and to ‘jump out of the window’ on another.

Sadly, a lot of us know firsthand how horrible it feels to have a bully in the workplace, which is no doubt partly why these accusations have sparked such outrage.

At one particularly toxic job, I was constantly and relentlessly told by superiors that I wasn’t good enough.

It didn’t matter that I was dealing with a workload that I now recognise as being entirely impossible. My point of view and requests for help were disregarded in favour of a gaslighter who, with the help of those who took his word for my ‘incompetence’, had me convinced I was nothing but a hopeless, unteachable idiot with no future.

Founder and chairman of recruitment agency Aspire, Paul Farrer, says that sadly workplace bullying stories like mine are far too common.

‘All too often,’ he comments, ‘people claim bullying is just banter. But banter to one person is bullying to another.’

Careers advisor Soma Ghosh points out: ‘It’s estimated that 94% of us have experienced some kind of workplace bullying at work…

‘The more I talk to people about it the more I realise how many people have suffered with it in silence and alone.’

Bullying in the workplace can take many forms.

Soma defines workplace bullying as ‘any type of behaviour at work where you are humiliated, deliberately excluded or made to feel like your work and behaviour arem’t good enough.’

She explains: ‘Essentially it’s any kind of unfair treatment at work that affects you personally.

‘It can feel isolating confusing and often something we are ashamed to talk about because when we are in the workplace bullying can seem like an alien concept – something that happens in school not at work.’

According to Paul, it may come in the form of ‘unwanted physical contact and unwelcome remarks’ or ‘gestures, isolation, pressure to participate in non-work activities and even shouting.’

‘You can have one major incident such as physical assault,’ he adds. ‘Or it can be smaller things like a nickname or even impossible deadlines or targets.’

Paul continues: ‘Let’s say a manager insists on post-work drinks and a parent understandably declines, so they can get home to look after their children. Those who attend the drinks share jokes, isolate the employee and organise other activities without including them. This behaviour is likely to be considered a form of workplace bullying.’

However, even if you can recognise it yourself, principal business psychologist Dannielle Haig says that workplace bullying can be hard to prove given the subjectivity of its definition. This subjectivity also means the bullied party can easily end up doubting themselves.

Danielle explains: ‘Workplace bullying is defined by the UK Government as, “behaviour that makes someone feel intimidated or offended”. This definition is rather broad and problematic as it’s highly subjective; after all what offends me may not offend you and vice versa.

‘This is one reason why workplace bullying is quite difficult to define in businesses and why employees who do indeed feel bullied may not be able to explain why what was done to them was “bullying”. The government also gives us examples of workplace bullying being:

‘You can see how these examples could be quite difficult to prove.’

Bullying doesn’t just happen in person these days either – as Danielle points out, it can also occur via email, telephone, text or through social media.

Looking back, while I appreciate it can be hard to stand up to bullies, if one colleague had been able to recognise what was going on with me at that old job, it would have made a world of difference.

So how can people help those being victimised at work?

‘Call it out,’ Paul says. ‘Tell them their behaviour is inappropriate, give them examples and explain how it makes you feel. If that doesn’t stop it – or if you don’t feel confident enough to call it out – raise the issue with the relevant manager or department.

‘In most instances, cases of workplace bullying will escalate to an HR department whose responsibility it is to resolve these problems. There are also helplines and organisations dedicated to supporting people who have been bullied at work, which are worth exploring.’

As for resources, Soma recommends ACAS and The National Bullying Helpline.

If the situation escalates, you can offer your support to the victim by standing as a witness in talks with managers, HR, or trade union representatives. Danielle also advises calling out bullying from a manager by going to their superior.

She says: ‘It can be a daunting idea to complain about a bully in the workplace, however, it’s important to remember that you’re there to do a job and inappropriate behaviour is unacceptable and can be illegal.

‘Once upon a time, complaining could mean you leave your job, but in today’s society, employees have a duty of care to their staff and bullying and harassment is increasingly unacceptable.

‘If you’re not sure if you are being bullied or not, speak it through with someone who is impartial and get another perspective.

‘Knowing you have someone who is standing behind you and validating your bullying experience could provide the strength to encourage someone to confront a bully at work. But if someone is physically violent towards you then contact the police immediately.’