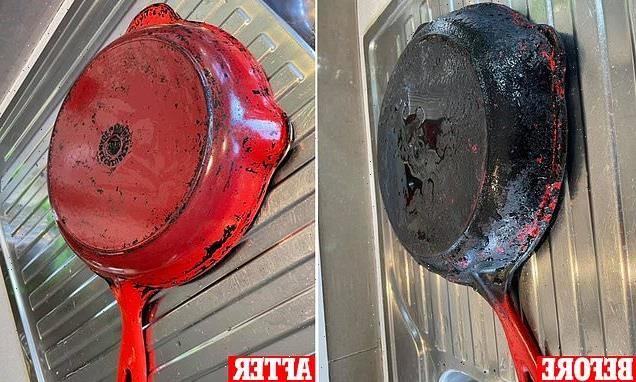 Mum cleans her filthy old Le Creuset frying pan after 30 YEARS of char build up – and it only cost her $3.50

A mum has shown how she cleaned the underside of her filthy Le Creuset frying pan after 30 years of char buildup.

The Australian woman, called Carolyn, posted on Facebook looking for help, where she was inundated with suggestions from other home cleaners including bi-carbonate of soda, salt and vinegar-soaked paper towel.

The winning solution was a $3.50 Easy-Off Bam Oven Cleaner from Woolworths, which Carolyn sprayed on her Le Creuset pan before putting it in a plastic bag for five hours. 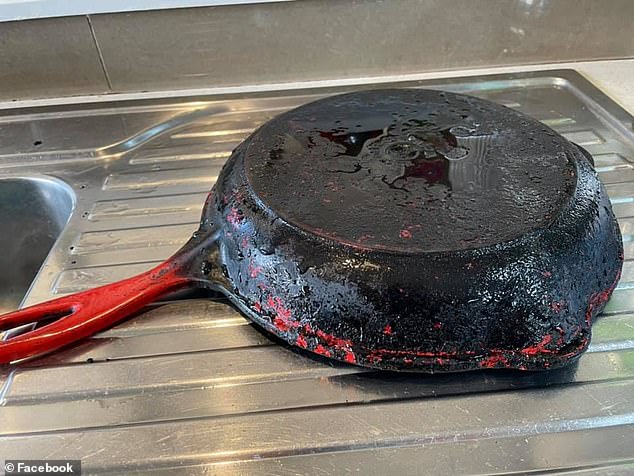 BEFORE: A mum has revealed how she cleaned the underside of her filthy Le Creuset frying pan after 30 years of char buildup

The mum wrote on Facebook: ‘Any thoughts on how to clean the underside of my Le Creuset fry pan!

‘It’s originally red – you can see a glimmer of that! It’s my favourite frying pan, but I want to make her look pretty again.’

After hundreds of people left suggestions and Carolyn said she tried the salt, bicarbonate soda and vinegar-soaked paper towel method, as well as scraping it with a ‘sharp paring knife’, she found the ‘real winner’.

‘I sprayed on the oven cleaner and put it in a plastic bag for about five hours – amazing!’ she wrote.

‘There are still some black bits to get rid of. But it looks great for not too much effort. Thanks for all the suggestions.’ 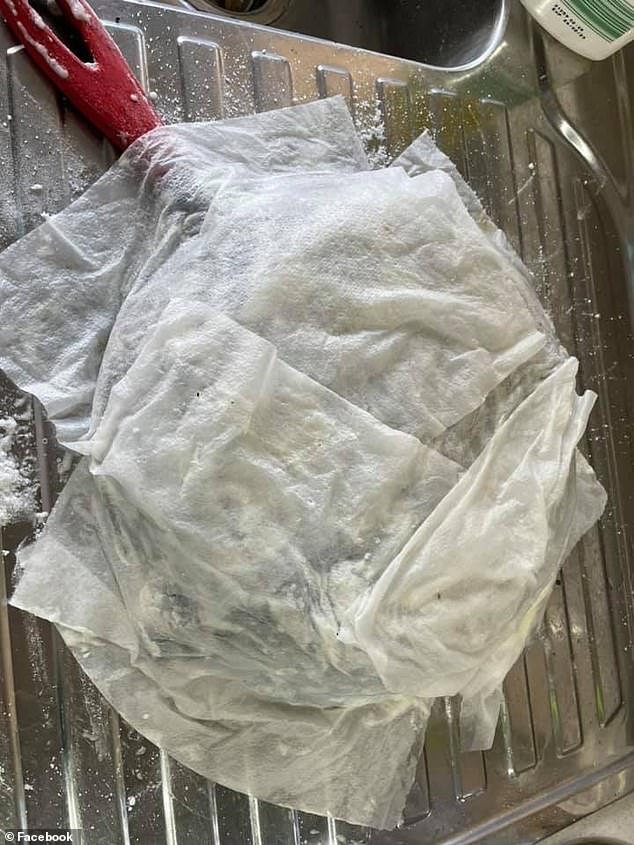 Hundreds of people who saw the Le Creuset transformation were impressed and said they never knew you could completely clear up your pots and pans:

‘My blue one is like yours and still cooks perfectly!’ one commenter wrote.

‘I am too lazy at the moment, but might try the oven cleaner method soon.’

Another added: ‘Oven cleaner is so good. And I’m so glad you didn’t bin it. Do people know how much these things cost?’ 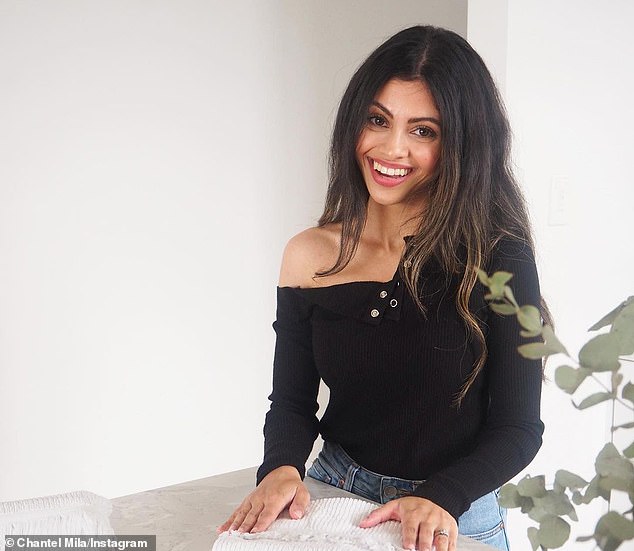 Previously, Melbourne mum Chantel Mila (pictured) shared how she deep cleans her oven while she sleeps, and you only need four ingredients 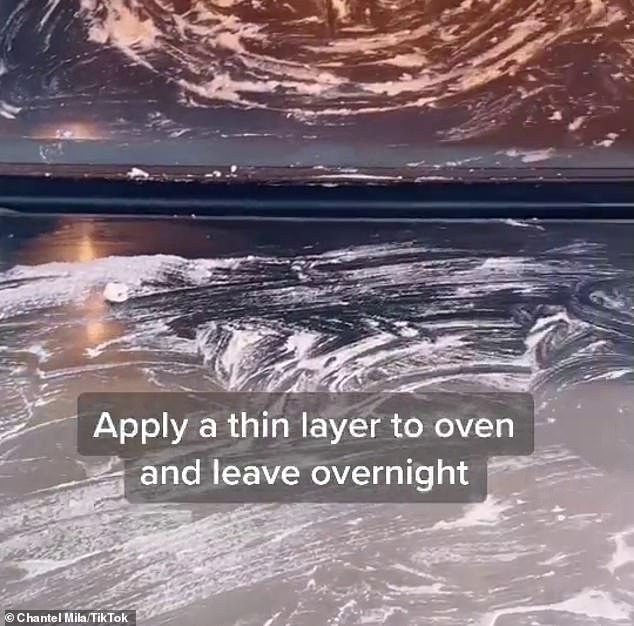 ‘To clean your oven while you sleep, you’ll need 1/2 cup of baking soda, one tablespoon of dish soap and water,’ Chantel posted (pictured in action)

Previously, Melbourne mum Chantel Mila shared how she deep cleans her oven while she sleeps, and you only need four ingredients.

Chantel Mila posted on TikTok, where she said the method is ‘oven cleaning made easy’.

‘To clean your oven while you sleep, you’ll need 1/2 cup of baking soda, one tablespoon of dish soap and water,’ Chantel posted.

Combine these three ingredients until you have a ‘smooth paste’ that is easy to spread.

‘Apply a thin layer to your oven and leave it on overnight,’ Chantel said.

The next morning, simply find a cloth and wipe down the surfaces, taking care to remove the paste and focusing on any difficult areas.

You should follow this by spraying your oven with white vinegar, which will help to remove any ‘residue’ or grease.