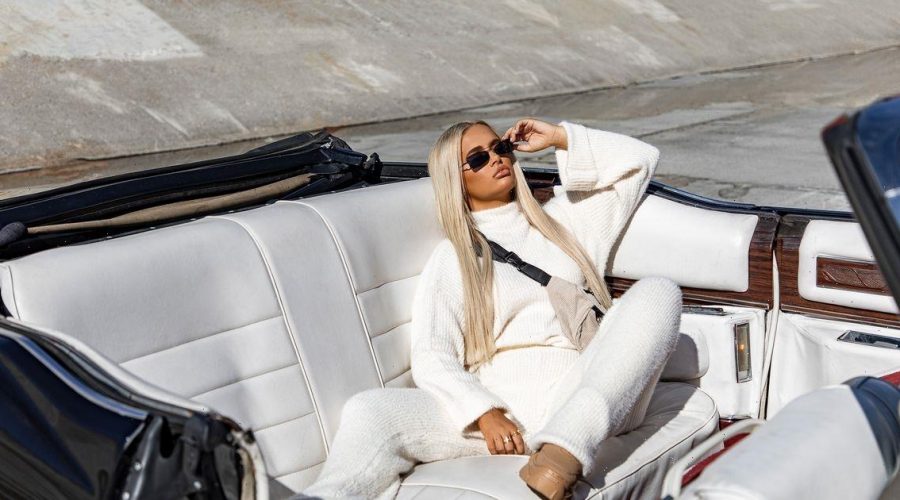 As Love Island draws to a close, we imagine all the popular fashion brands such as PrettyLittleThing, Boohoo and In The Style will be watching closely to see which Islander they want to snap up as their newest ambassador.

Some former Islanders have made a pretty decent living out of it with many of them now multi millionaires – and that’s without even counting their smaller Instagram brand deals.

Olivia Bowen is by far one of the most successful islanders with a vast amount of brands desperate to work with her and she’s even managed to keep herself pretty relevant since her series finished back in 2016.

The Essex star revealed she was earning £18,000 plus commission pre Love Island, but managed to bag herself £200,000 from her Miss Pap clothing line combined with her presenting duties on TLC’s Second Chance Dresses, she’s now worth a whopping £4.5 million with her former scaffolder hubby Alex Bowen.

She may have taken her career to the West End stage but Amber, 24, landed herself a £500k deal to be the face of Motel Rocks back in 2017 after winning the show with Kem Cetinay – who now has his own range with high street giant Primark. Turns out Motel Rocks were in an intense bidding war with major retailers to secure the performer.

It’s no secret that Olivia Attwood was one of the favourites in the villa lasting the whole series, and it didn’t take long for now fashion sponsor ISAWITFIRST to get her to sign the dotted line for a huge £500k!

The former Islander has also just launched her own line with Abbott Lyon and of course her own reality show on ITV2 show ‘Olivia Meets Her Match.’

Dani Dyer was one of the most loved Islanders in the history of Love Island, not just by her fellow contestants but also the show viewers.

In The Style paid her £500k to design and model her own range and it resulted in being one of the best selling ranges of all time for the online brand, she also went on to be the face of a variety of brands such as Vaseline.

Love Island fans were obsessed with Molly-Mae when she completed a 7 week stint in the villa. Viewers were desperate to steal her style and desperate to copy her hair-do’s. So as you can imagine, she was the most in demand Islander when she returned to the UK, but it was PrettyLittleThing which secured the deal for £500k and she has since signed many other big money deals with the brand.

The potty mouthed Irish girl was another villa favourite with her invention of the phrase ‘fanny flutters’, it’s safe to say we weren’t surprised when Ann Summers hit her up with a £500k deal alongside Boohoo who also offered her £500k – you go girl!

She won the nation over with her honest views and gorgeous outfits which led her to win the Love Island trophy with former partner Greg O’Shea. After leaving the villa she bagged herself a £1million deal with Miss Pap – woah!