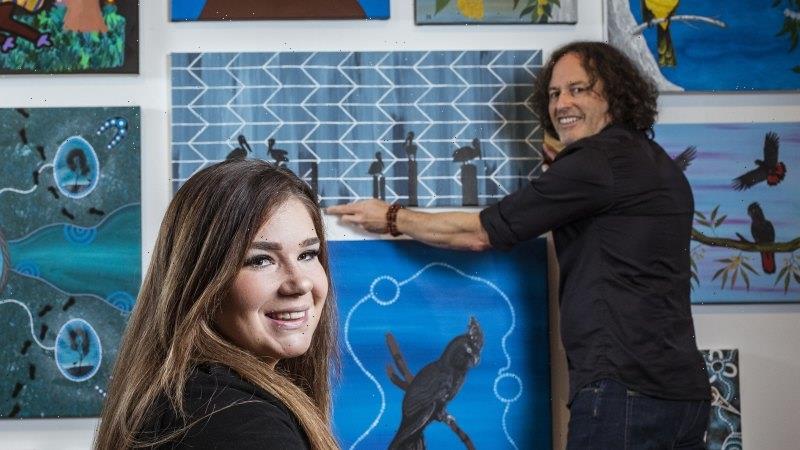 Flick Chafer-Smith went to jail for the first time the day after her 18th birthday. She spent several months inside and during the next four years, she was imprisoned four times for crimes including drug possession and armed robbery. In 2017, while in jail, the Ngarrindjeri woman participated in the Torch program, which she credits with helping get her life back on track.

The program, established in 2012 and funded by Corrections Victoria, is offered in 14 prisons across the state and aims to support Indigenous prisoners by connecting them with their culture through art, and also allowing them to earn an income. 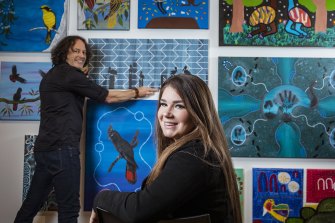 The rate of recidivism for the program’s participants is 11 per cent, which is far lower than the state-wide recidivism rate for Aboriginal offenders of 53.4 per cent.

Chafer-Smith, 26, recently celebrated four years out of jail. She said she found focus through the program with her art officer offering much-needed support and acting as a mentor. The program also supports offenders after their release, which Chafer-Smith said helped her cope with life outside prison. She has since started working with Torch part-time. 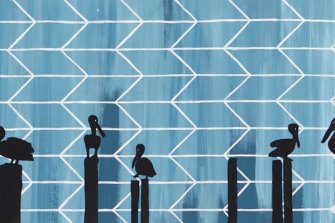 “I never thought it would have such an impact or that it would be so life-changing,” Chafer Smith, now the mother of a four-month-old, said. “I think probably the biggest thing for mum is that I’ve found myself and don’t need to escape and resort to doing the wrong thing.” 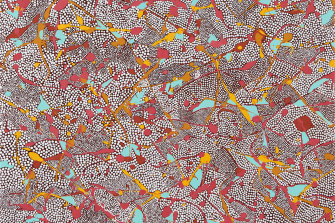 Creation for Angelina, 2021, by Morgs, part of the Torch’s Confined 12 exhibition.Credit:Courtesy of the Torch

Kent Morris, who has been chief executive of the Torch for a decade and has seen it grow from a pilot into a statewide initiative, said he hoped a national equivalent might be possible one day, pointing out the inequity of three per cent of Australia’s population making up 30 per cent of the prison population. Given it costs $135,000 on average to keep a person locked up for a year, Morris said the program was not only a social justice issue but had clear economic benefits.

“The Torch won’t resolve all the issues… there’s generally a strong reluctance to engage with other [in prison] programs, but it can provide the confidence that change is possible,” Morris said. “It’s a show of strength and courage and wanting to make that change and a real desire to be part of a productive community.”

Works created by the prisoners are exhibited annually and Confined 12 opened in mid-May at the Glen Eira Town Hall with 377 works by 320 prisoners. To date, $192,000 worth of artwork has been sold with all proceeds going directly to the artists.

After 30 years in and out of prison, mainly for armed robberies, Gunditjmara man Chris Austin, 58, is now the Torch’s Indigenous program mentor, visiting prisons to talk about his life experience.

Austin said learning through art was revelatory. “It gave you a sense of self-worth and gratification, that by being creative, you could do something that was really good, you could travel down a different pathway,” he said.

“Through it I understood – I deep researched myself and my parents and grandparents. The intergenerational problems that came down to me, as well as my own problems, made me understand how I ended up where I did. Telling my story through art helped me and changed all that. It’s made a big difference to my life.”