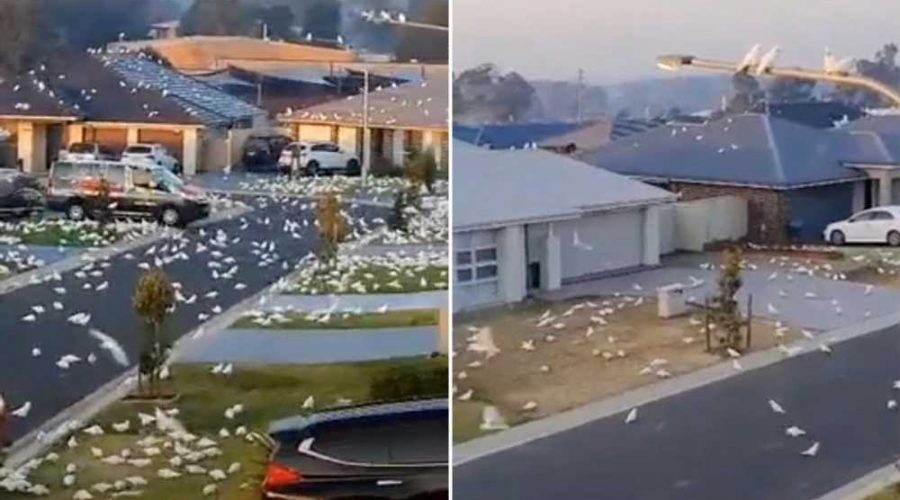 A sleepy Aussie suburb resembled a scene out of Alfred Hitchcock’s “The Birds” after a massive flock of cockatoos descended upon the neighborhood on April 27. A Storyful video of the aerial invasion is currently ruffling feathers online.

Parrots taking over a town might not sound particularly terrifying.

However, the angry birds — which are native to the region — are incredibly destructive with past invasions resulting in wrecked storefronts and roads littered with bird droppings, local media reported.

Unfortunately, not much can be done to mitigate the mayhem as the birds are a protected species.

The scourge still doesn’t compare to that of their yellow-crested counterparts, which are known to chomp through internet cables, costing Australian providers tens of thousands of dollars.