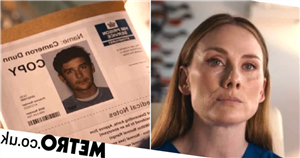 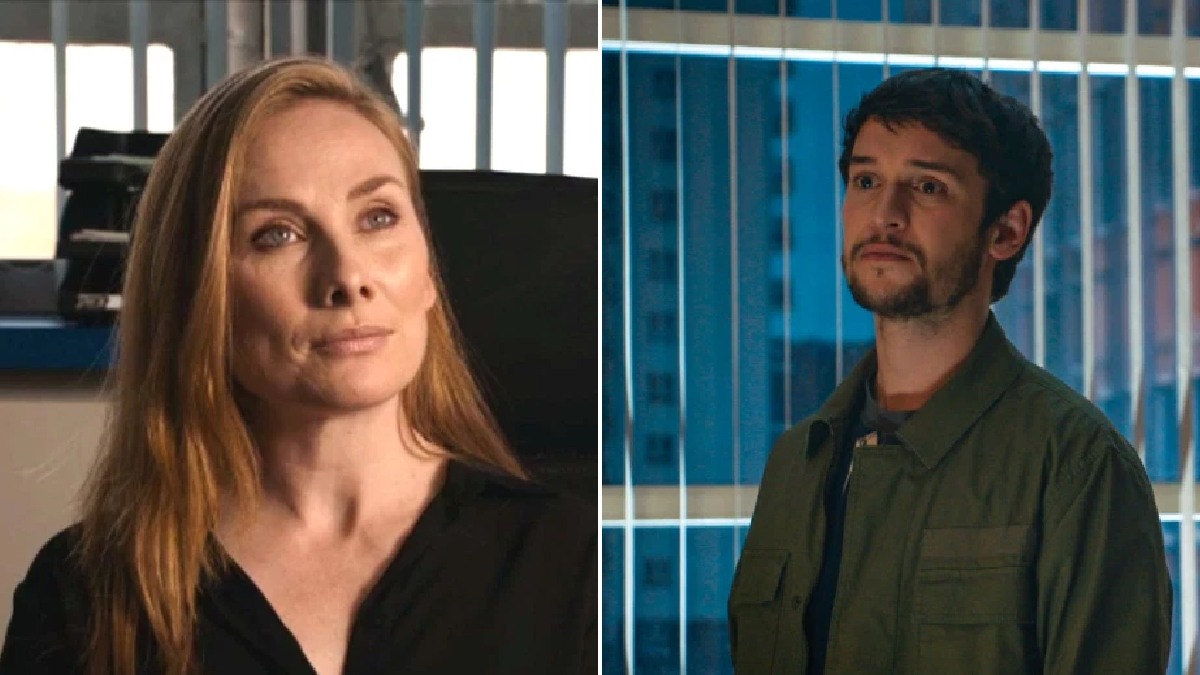 So now we know the real reason(s) that Jac Naylor (Rosie Marcel) has returned to Holby. She’s personally invested in the brain stent trial, because she has a brain tumour. It’s benign, but because of where it’s located in her brain she faces ‘tremors, seizures, vision loss’ and even death. The stent trial is a potential life-saver for her.

She also explained to Henrik Hanssen (Guy Henry) that she feels an obligation to Holby – the hospital that ‘made me who I am’ – to help it back from special measures.

Hanssen is now standing by her, promising to help her find the money to fund the brain stent trial now that her previous plan of closing AAU has been rejected. Jac is naturally a guarded and secretive person, and was trying to hide her own condition from everybody, but Hanssen told her that if she’d just confided in him he’d have given his support sooner rather than fighting her.

What Hanssen isn’t prepared to agree about is using Carole Copeland (Julia Deakin) as a guinea pig in the trial. After an accident which ruptured her spleen, Carole is probably in no fit state for the trial anyway. Will another subject be found in time?

Meanwhile, the search for a candidate for the cardiac part of the trial is also ongoing, but as Chloe (Amy Lennox) was looking through a file of possible people, she spotted a familiar face. Cameron Dunne (Nic Jackman), currently serving a prison sentence for a string of killings and various other crimes at Holby, is apparently a possible subject. Will we be seeing him back on Darwin soon?

The already very dark story involving Evie Fletcher (Phoebe French) took an even nastier turn this week when we saw that she has bruises on her wrists. We already know that Rich Peterson can be violent and it seems that Evie has started seeing this side of him. She also learned that Donna (Jaye Jacobs)’s daughter Mia (Brianna Shan) couldn’t remember anything about what happened to her the previous night when a friend of Rich’s gave her champagne.

Evie went to Jeni (Debra Stephenson) to tell her that she thought Mia’s drink had been spiked and she wasn’t happy about going to any more parties with Rich.

Jeni’s response was to get someone to send Evie some compromising photos that Rich had taken of her. She told Evie that the photos would be deleted if Evie promised to get Mia to go to the next party. Still believing that Jeni is her friend, Evie agreed. It’s clear that she’s not comfortable with putting Mia – who is only 15 – into these situations but feels she has no choice, as she’s terrified of her dad finding out about the photos.

It was Kylie (Amy Murphy)’s birthday and she was pleased when Louis (Tyler Luke Cunningham) remembered and planned to take her out for drinks after work. Unfortunately a woman called Melissa Dawson (Naomi Preston-Low), who was at Holby for a job interview, was someone Kylie already knew and disliked.

Even worse, she got the job so Kylie will be seeing more of her. But the very worst thing is that she’s Louis’s girlfriend. Poor Kylie ended up spending her birthday with Madge (Clare Burt). At least she can console herself that she was having a better day than many at Holby.

Sue Haasler is the author of five novels and the official BBC Holby City book, which you can read about here.