We’ve all heard stories about extreme hoarders who live in squalor because they compulsively collect junk and can’t bring themselves to throw anything out.

Just this week one of Australia’s most notorious hoarders, Mary Bobolas, hit the news again, as the NSW sheriff made yet another attempt to sell her rubbish-strewn Bondi home to fund Waverley Council’s unpaid clean-up costs.

I feel bad for everyone involved, from Ms Bobolas, who could lose her home, to the neighbours who’ve been living with the appalling mess for two decades. Ms Bobolas says she goes collecting to relieve stress. 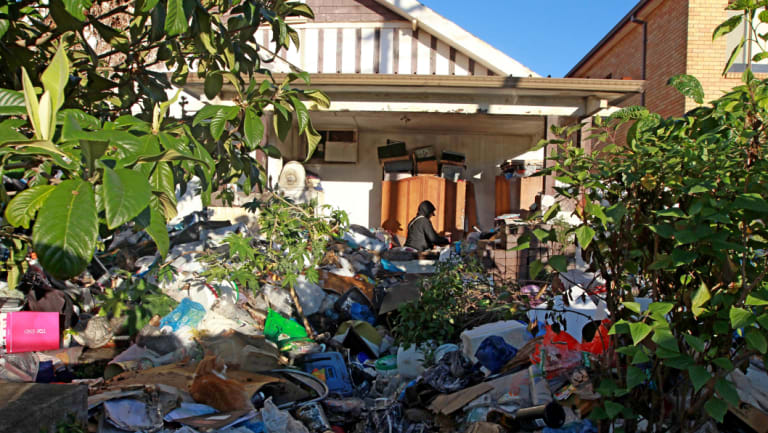 Helping hoarders is a lot more complex than hiring a skip. Instead think self-help books such as Buried in Treasures, online support groups and seeing the GP for a mental health care plan.

But what about the rest of us who are not quite hoarders, but are nonetheless dealing with the accumulation and proliferation of too much stuff?

There’s a reason why books like Marie Kondo’s The Life Changing Magic of Tidying Up have become international bestsellers.

I don’t aspire to minimalism but I do yearn for calm and order, so I can enjoy – or even just find ­- the possessions worthy of keeping.

I’d really like to be able to have people over without feeling mortified by the state of the house or spending hours throwing all the clutter in boxes and hiding them in the spare room for future-Caitlin to deal with.

I feel that I could stay on top of tidying if I could just once reset to zero and have fantasies of finding a spare $1000 or so to spend on a professional organiser to come and do it with me.

When I get overwhelmed by emails, I can select all the emails in my in-box and archive in one go – and then rely on the search tool to help me find emails when I need them in future. Unfortunately there are no such shortcuts for real life. 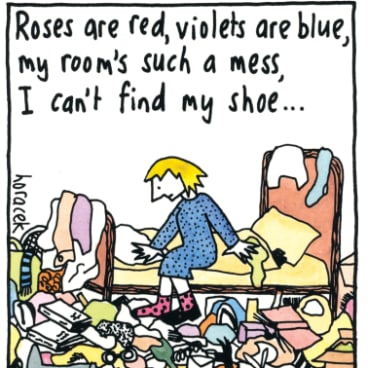 For me, there are two things that make it difficult to declutter. The first is obvious: lack of time. Yes, I know I have the same 168 hours a week as everyone else but I work full time and have seven-year-old twins, so a lot of it is taken up by essentials. If I do have spare time, organising the house is a fourth-order priority behind exercising, socialising and reading a good book.

The second reason it’s hard to declutter is my environmental conscience. I hate to put things in the bin unless they are broken and can’t be repaired. But rehoming unwanted goods takes time and effort.

To successfully sell something you need to spend time taking a photograph, writing snappy, descriptive ad copy, responding to queries, figuring out prices, queueing at the post office or hanging around waiting for the buyer to come and collect. Even giving things away is no simple task.

I love that my neighbourhood has quite a few “street libraries” or “book nooks” – little cabinets dotted around the streets for the purpose of neighbourly book sharing. We also have several charity shops and I often donate clothing, household items and books.

The problem is I live in a society where nearly everyone else is addicted to buying new things and the old "mend and make do" is very much out of fashion. Sure, my trash can sometimes be someone’s treasure, but not that often.

A charity shop is a no-go if something is broken, even just a bit, and they also won’t take electronic items. They don’t want clothes that are stained or torn or missing buttons and even if an outfit is in perfect condition, there’s no guarantee they’ll be able to sell it.

Australian households send 299,000 tonnes of leather and textiles to landfill each year, while industry contributes another 457,000 tonnes.

Just the household component alone works out at 13.5 kilograms a year for every man, woman and child in Australia – the waste figures are from the Australian Bureau of Statistics for the 2010-2011 year so I’ve used the population figure for that year too.

We’ve added another 3 million people to the national population since then and there’s no evidence we’ve reformed our landfill habits. That means Australian households alone have buried at least 2 million tonnes of leather and textiles in the seven years my children have been alive.

And that’s before you even get to plastic toys and the rest.

The real solution to our collective clutter problem is to reduce what we bring into our homes in the first place.

This year I’ve been making a conscious effort to shop my wardrobe, rather than buying new clothes. I’ve given away more books than I’ve brought into the house. And wonder of wonders, I’ve finally convinced my kids to cull their toys.

My house is still a mess but I can see signs of progress – even if no one else can yet.

Caitlin Fitzsimmons is the associate editor of The Sun-Herald. She writes columns about life, work and money. You can find her on Facebook or Twitter.