Fans of Hilary Mantel shook a fist at the judges of the prestigious Booker Prize after the English author's The Mirror and the Light – the final instalment of the trilogy she began with Wolf Hall and Bring Up the Bodies, both previous Booker winners – didn't make the prize's shortlist on Wednesday.

Part of the controversy was the fact that Mantel's seemingly guaranteed spot was usurped by, as one Australian publication put it, an "unconventional" bunch, including four first-time authors and four authors of colour. This year's nominees are Tsitsi Dangarembga (This Mournable Body), Diane Cook (The New Wilderness), Avni Doshi (Burnt Sugar), Maaza Mengiste (The Shadow King), Douglas Stuart (Shuggie Bain) and Brandon Taylor (Real Life). 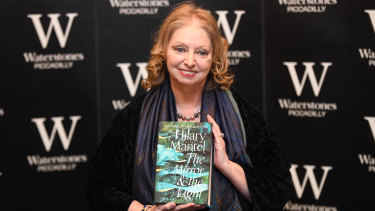 In the face of some criticism, the Booker's chair of judges, Ghanaian-born UK publisher Margaret Busby, who has long campaigned for greater diversity in the publishing industry, defended the selections of the judging panel, which also included authors Lee Child, Lemn Sissay, Emily Wilson and critic Sameer Rahim.

"Each of us makes judgements through the prism of who we are and what we have learned or internalised. That's why diversity has always been important. Diversity is reality," she told The Guardian. "The scope of this year's books has allowed us to luxuriate in skilful storytelling and be surprised by what unheard voices have to articulate."

On Twitter, Bernardine Evaristo, who last year was named joint winner of the prize with Margaret Atwood, praised the panel's decision as a "groundbreaking shortlist for the 21st century", adding: "If you're looking for fresh perspectives and narratives, surely you're going to find it among the most underrepresented voices?"

Detractors, however, have suggested the prize has become "politicised", the awards playing towards diversity rather than celebrating the most deserving titles, presumably such as Mantel's. The final instalment in the trilogy has been well-reviewed, although perhaps not as unanimously as the first two novels, with this masthead’s critic describing it as “scrupulously detailed, psychologically acute”.

Dr Debra Adelaide, an associate professor in creative writing at UTS who has also judged literary prizes, calls such complaints a "nonsense issue".

"If people are angry about Hilary Mantel missing a chance of winning the Booker for the third time – I mean, what a typical first-world problem, honestly… If you're a person of colour, you could look at the entire history of the Booker and say it's been politicised in favour of white men until recently." 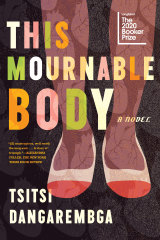 Tsitsi Dangarembga’s This Mournable Body is one of six Booker Prize finalists. The winner will be announced November 17.

Dr Adelaide says if the judging panel viewed this year's shortlist as an opportunity to address the awards' historical imbalance in terms of representation for authors of colour, it's a "totally valid consideration".

"I actually think that, as an older white writer, our time is quite rightly coming to an end. And I think if the judges of the Booker Prize are consciously trying to make a political point here then they have every right to," she says.

"We obviously need to recognise non-white and non-male writers. We need to acknowledge the immense diversity among the literary community, and we can't keep living our lives as readers and writers and judges of books as if it's back in the ol' colonial days. It's ridiculous."

Those most bothered by the Booker's snubbing of Mantel have gone so far as to call for the prize to be "judged blind" in the future.

"That's madness, this is a digital age. I think it would be totally unrealistic," says Dr Adelaide. "It's also insulting to the judging panel to suggest that's the only way they could come to a fair decision. A judging panel isn't just anybody – they're informed, critical, dedicated readers with a level of objectivity around what constitutes a good book."

Morag Fraser, a judge of the Miles Franklin Literary Award for seven years, said judges do their best to look for the books that have the most outstanding literary qualities.

"I remember one year we shortlisted five men and I remain utterly unapologetic about that. It did give birth to the Stella Prize [which celebrates Australian women's writing], which is a good thing. But it may well have been five women or five people of colour."

She said the judges had entered into "quite a bit" of discussion about whether a "genre" novel could win the prize when they awarded it to Truth by Peter Temple. "It showed the criteria could be broad."

Emmett Stinson, a lecturer in writing and literature at Deakin University and long-time observer of literary prizes, said he couldn't make a qualitative judgment about the shortlist, but the real question was whether politicisation of the prize was a good thing.

"Without a doubt the judges are trying to be more diverse and inclusive in terms of authors. Most people would think that is a good thing."

09/17/2020 lifestyle Comments Off on Hilary Mantel ‘snub’ tilts Booker Prize into culture wars
Recent Posts
We and our partners use cookies on this site to improve our service, perform analytics, personalize advertising, measure advertising performance, and remember website preferences.Ok