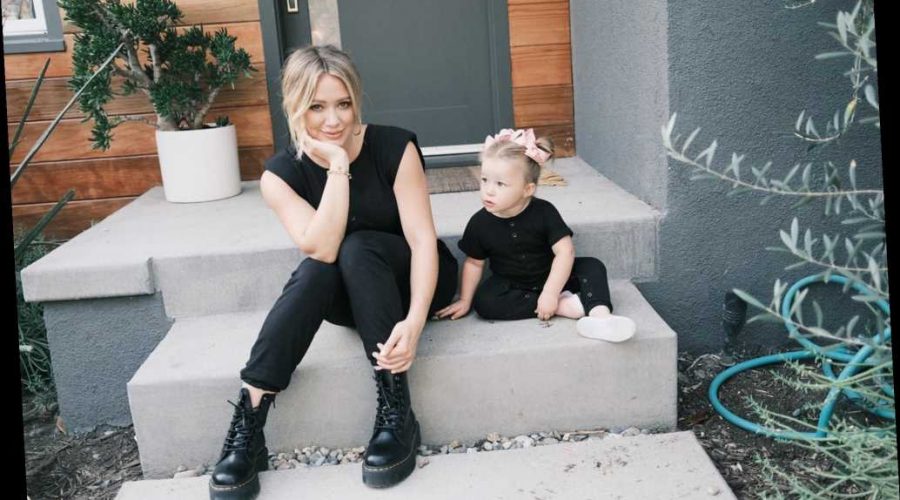 Hilary Duff is pregnant, expecting baby No. 3 with Matthew Koma

Hilary Duff says she was typecast for years after ‘Lizzie McGuire’

Sick of spending every stuck-at-home day in sweats? Hilary Duff would like you to consider “romperalls” instead.

A cross between a romper and overalls, the cozy hybrid garment is the centerpiece of the actress’ new mommy-and-me clothing line for Smash + Tess, whose signature onesies are a hit with celebrities including Alessandra Ambrosio, Emma Roberts and Jenna Dewan.

In a Zoom call with editors and influencers last week that included Page Six, Duff said she “jumped at the opportunity” to collaborate with the Canadian label, whose soft, size-inclusive rompers she’s been living in while pregnant with her third child.

And the actress’ first two kids — daughter Banks, 2, and son Luca, 8 — served as inspiration for the line as well. The S+T x Hilary Duff collection, which launched on Tuesday morning, includes styles named after both: the shoulder-padded “Banks” romper ($135) and the cuff-sleeved, gender-neutral “Mini Luca” onesie ($60). 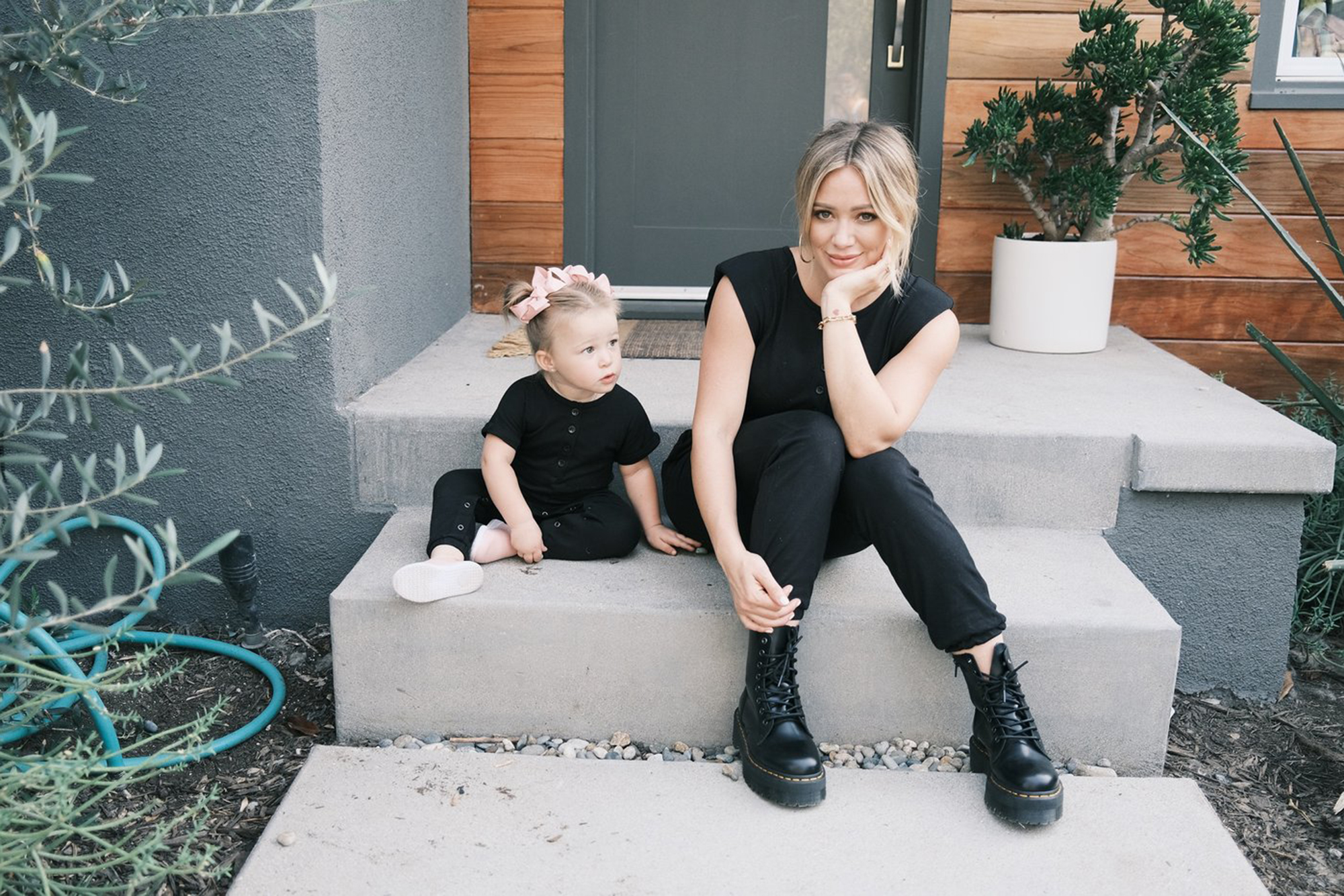 While her “Younger” character Kelsey Peters lives in colorful looks from Gucci and Marc Jacobs awash with ruffles and prints, Duff said her own maternity uniform revolves around soft, simple silhouettes, so she chose a neutral palette of black, beige and gray for her rompers, “just to make life easy.”

“If you want to accessorize with a pop of color, a fun jacket or shoe, you can — but all of these pieces are no-brainers,” she added.

As for the shoulder pads, they’re meant to lend a polished silhouette for Zoom calls, while the front tie detail on the “Lauren” romper ($120) plays up the wearer’s waist. “You feel like you have a shape, but you’re not constricted,” Duff noted. 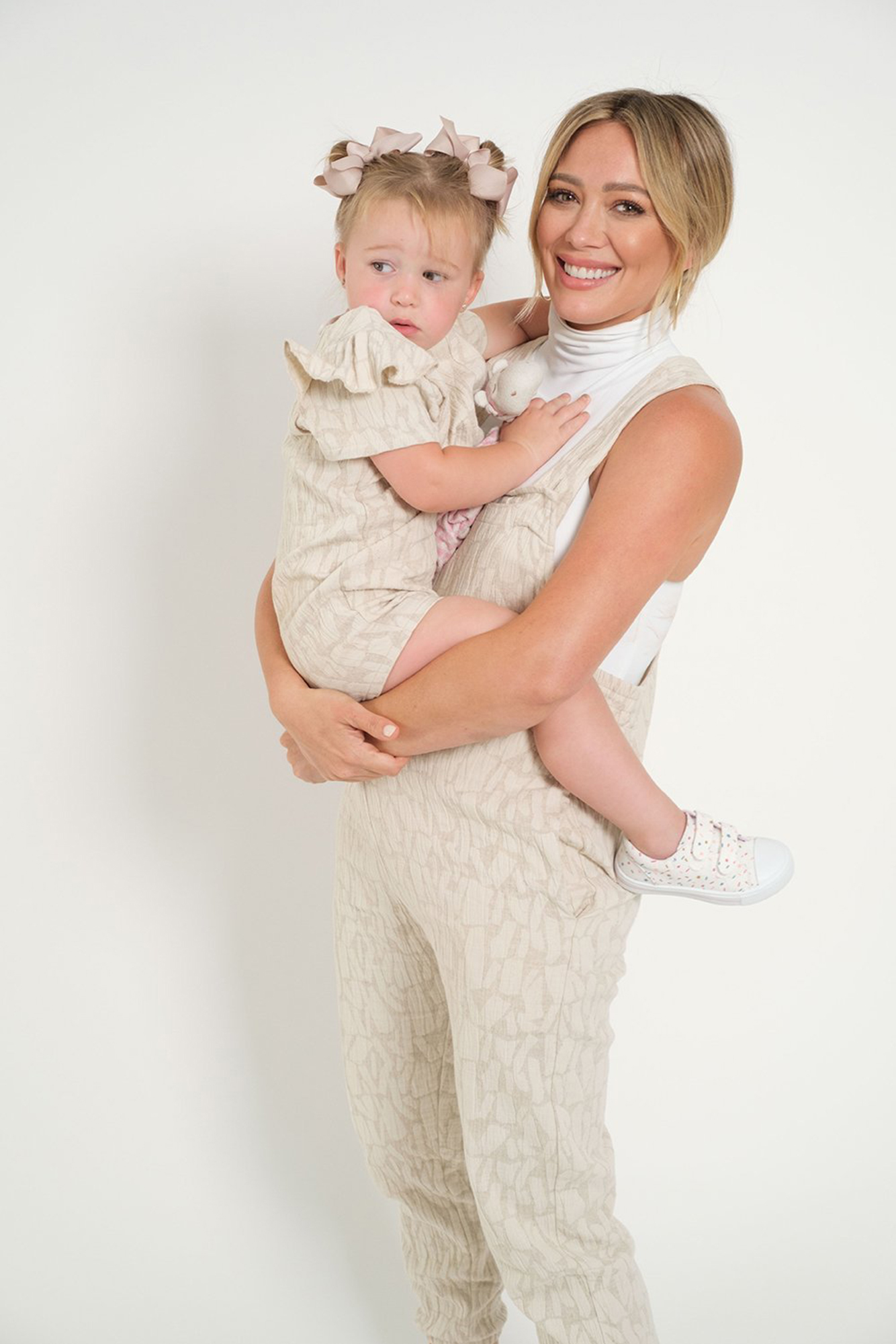 One trend you won’t catch her touching? Low-rise jeans, a style staple from her “Lizzie McGuire” days that some predict are poised for a comeback.

“Hard no,” Duff said with a laugh.