High School Musical‘s most devoted fans may be all grown up now, but the Disney Channel franchise still inspires wishes that our high school experience was as sunny and choreographed as the East High Wildcats’ four years. Ashley Tisdale’s mean girl character Sharpay even stopped her antics just in time to dance along with everyone else, and although she worried about Troy and Gabriella affecting her stardom, Sharpay definitely didn’t have reason to worry. In case you had an inkling about where her drama club creds brought her in the real world, Tisdale has an idea of where Sharpay Evans would be today.

Tisdale, now 33, was one of those Disney actors who seemed inseparable from the Mouse when 20-somethings were tweens in the prime of their Disney Channel fandom. After debuting as the sweet hotel candy girl in The Suite Life of Zack and Cody, she captured young theater nerds’ hearts as the diva Sharpay in 2006’s High School Musical. From having a bright pink locker to auditioning for school shows in full costume, Sharpay personified the devoted musical fanatics who just wanted to belt out their feelings.

At the end of 2008’s High School Musical 3, Sharpay didn’t snag the coveted Julliard scholarship that several of the graduating characters aspired toward. Instead, she announced plans to attend the University of Albuquerque’s performing arts program and help Ms. Darbus run the drama club in her free time. Compared to the hyper-focused, competitive Sharpay we first knew, her college plans didn’t seem to live up to her longtime dream. Was she really the type to abandon big goals as soon as things took an unexpected turn?

However, according to Tisdale, Sharpay still found her way to a New York stage. Speaking to E! News, Tisdale said that in 2018, the character would "probably [be] on Broadway somewhere." Now that’s the girl we know and love!

While Sharpay is likely singing her way to a Tony Award as we speak, we’ll soon meet new East High students in the Disney streaming service’s upcoming series High School Musical: The Musical. Billed as a docu-style series, the show follows teens working on their own production of High School Musical. The series will include original music and new renditions of the original franchise’s songs.

In addition to character details suggesting that Ms. Darbus (Alyson Reed) has retired, Sharpay probably won’t stop by for the kids’ final show either. Speaking about stepping back into the character’s shoes, Tisdale told E!, "I’ve matured so much. I just don’t know if I can give her justice…and be that character again." 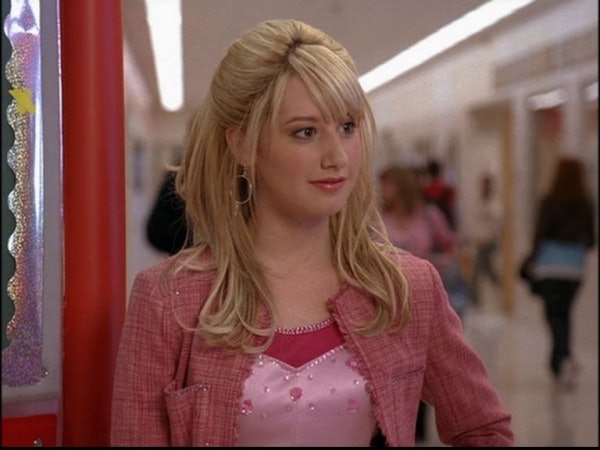 Clearly, not even the High School Musical cast want to be at East High forever, but if Sharpay is ruling Broadway right now, we understand why. Performing theater in the big leagues has hopefully mellowed out Sharpay too, so her visit to East High probably wouldn’t be as satisfying as some of her high school tirades. As Tisdale has uploaded YouTube videos of herself singing with former co-stars Vanessa Hudgens and Lucas Grabeel, fans definitely aren’t lacking in unofficial High School Musical reunions either.

High School Musical: The Musical will launch on Disney’s untitled streaming service. In the meantime, I’ll keep an eye on Tisdale’s YouTube channel for her take on Sharpay’s next Broadway role.

11/27/2018 lifestyle Comments Off on Here’s Where Sharpay Evans Would Be Today, According To Ashley Tisdale
Recent Posts