Herbert Fingarette, a contrarian philosopher who, while plumbing the perplexities of personal responsibility, defined heavy drinking as willful behavior rather than as a potential disease, died on Nov. 2 at his home in Berkeley, Calif. He was 97.

His daughter, Ann Fingarette Hasse, said the cause was heart failure.

Professor Fingarette challenged the theory that alcoholism is a progressive disease that can be dealt with only by abstinence, and he concluded that treatment could include moderated drinking.

Many academics and medical professionals denounced those views as heresy. But they were invoked by the United States Supreme Court in the 1988 decision Traynor v. Turnage.

In that ruling, the court affirmed the government’s denial of education benefits to two veterans who had argued that they missed filing deadlines for those benefits because of their addiction as recovering alcoholics.

Their claim that alcoholism is a disease beyond a drinker’s control was endorsed by the American Medical Association and the American Psychiatric Association. But it was rejected by the court, which ruled that certain types of alcohol abuse resulted from deliberate misconduct.

Much of Professor Fingarette’s research and writing concerned accountability. That included what he called the self-deception, validated by science, that alcoholics cannot help themselves.

In “Heavy Drinking: The Myth of Alcoholism as a Disease” (1988), Professor Fingarette all but accused the treatment industry of conspiring to profit from the conventional theory that alcoholism is a disease. He maintained that heavy use of alcohol is a “way of life,” that many heavy drinkers can choose to reduce their drinking to moderate levels, and that most definitions of the word “alcoholic” are phony.

“Some people can drink very heavily and get into no trouble whatsoever,” he told The New York Times in 1989.

Professor Fingarette acknowledged that he had not conducted any experimental or clinical studies into alcoholism; he reached his conclusions by analyzing scientific literature, he said. But that method, he contended, had given him an advantage over researchers who potentially have a monetary stake in treatment programs. 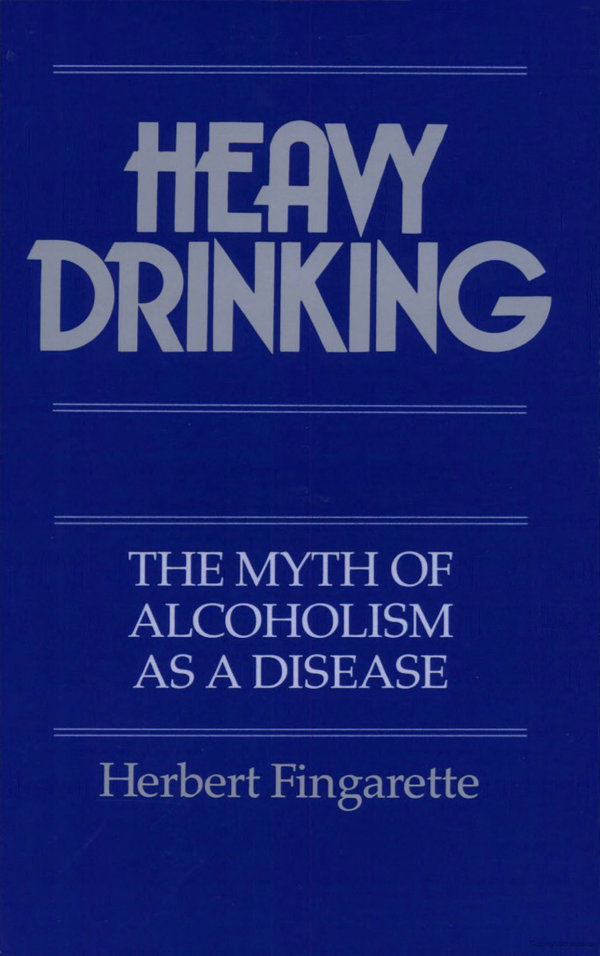 During his 40 years teaching philosophy at the University of California, Santa Barbara, Professor Fingarette explored a broad array of subjects, ranging from criminal insanity to Confucius.

His book “Confucius: The Secular as Sacred” (1972) “revolutionized the field of Chinese studies” by identifying the sayings ascribed to Confucius and his disciples “as a marvelously subtle work sketching human potentials for dignity through humane interactions,” Michael Nylan, who teaches Chinese history at the University of California, Berkeley, said in an email.

In Confucianism, Professor Fingarette wrote, “man is not an ultimately autonomous being who has an inner and decisive power, intrinsic to him, a power to select among real alternatives and thereby to shape a life for himself.”

“Instead,” he wrote, “he is born as ‘raw material’ that must be civilized by education and thus become a truly human being.”

Professor Fingarette was born Herbert Borenstein on Jan. 20, 1921, in Brooklyn to David Borenstein, a manufacturer of sewing machine parts, and Jeannette (Mantel) Borenstein. When his parents divorced and his mother remarried, he took the surname of his stepfather, Harry Fingarette, who owned drugstores and later sold sweaters wholesale. The family moved to Los Angeles when Herbert was a teenager.

He enrolled at the University of California intending to major in chemistry, but most of his experiments were flops. He was drafted into the Army and, after serving during World War II, mostly at the Pentagon, returned to the university. There he was captivated by a Bertrand Russell lecture on David Hume and decided to major in philosophy, earning a bachelor’s degree in 1947 and a doctorate in 1949.

He married Leslie Josephine Swabacker in 1945. She died in 2011. In addition to their daughter, he is survived by two grandsons.

Professor Fingarette began teaching at Santa Barbara in 1948 and became a professor emeritus in 1988.

At his death, he was completing an essay on how the dead continue to shape the lives of the living, a topic he had written about in “Death: Philosophical Soundings” (1996). In that book he dismissed the possibility of reincarnation, but, perhaps in his own rendition of self-deception, he seemed to suggest that he might achieve some measure of immortality.

“Never in my life will I experience death,” he wrote. “I will never know an end to my life, this life of mine right here on earth.” He added: “People hope never to know the end of consciousness. But why merely hope? It’s a certainty. They never will!”