Sportswear giant Gymshark has confronted rude ‘fat shamers’ who blasted them over using a model with her belly rolls hanging out – proudly telling angry fans to ‘unfollow’ them if they didn’t like it.

‘Fat-phobic’ followers claimed influencer Nelly London, from Brighton, ‘had no business’ promoting the brand’s fitness wear and claimed they would boycott the ‘woke warriors’ over the range.

But the defiant British retailer said it’s committed to ‘celebrating bodies and communities of all kinds’ and that ‘this is just the beginning’.

In one snap the waistband is pulled up as she poses for the camera while flexing her arm to showcase her muscles.

However in the other, Nelly wears the leggings with the waistband rolled down revealing her belly and love handles as she closes her eyes, while smiling, with her hands behind her head. 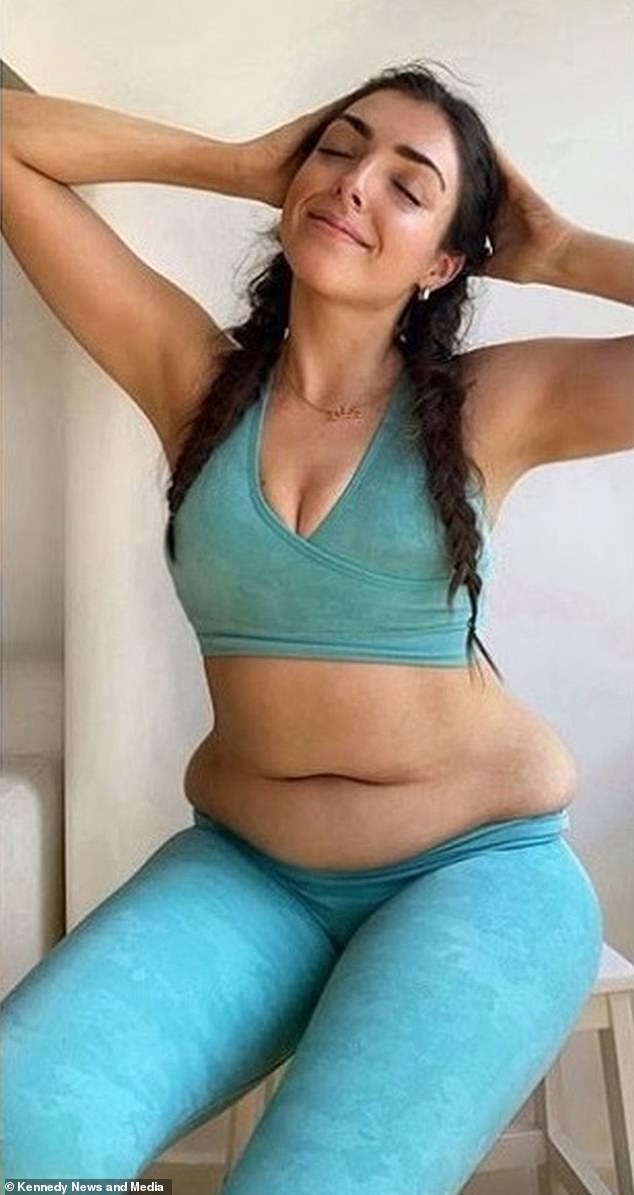 ‘Fat shamers’ who blasted Gymshark model Nelly London, from Brighton, for proudly posing with her belly rolls hanging out were confronted by the fitness giants

Gymshark’s caption reads: ‘Because we are all both soft whilst also being incredibly strong. One side is not weaker, less valid or less worthy.’

The post, shared eight days ago, racked up more than 613,573 likes and thousands of comments from people, many of whom praised the photos.

But thousands of trolls said Nelly, who is an eating disorder survivor, had ‘no business’ representing the brand.

Gymshark remained unswayed by the backlash, claiming there would be more posts like it and even told some of their fans ‘you know where the unfollow button is’. 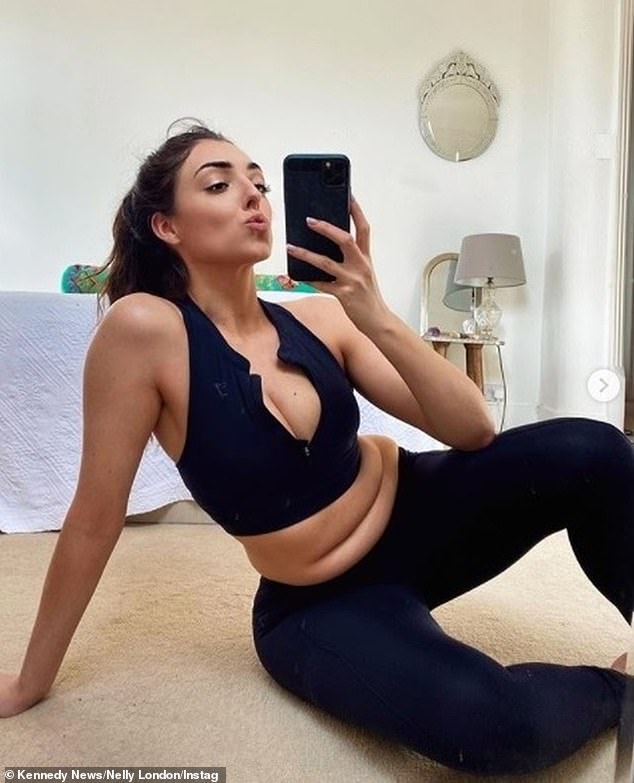 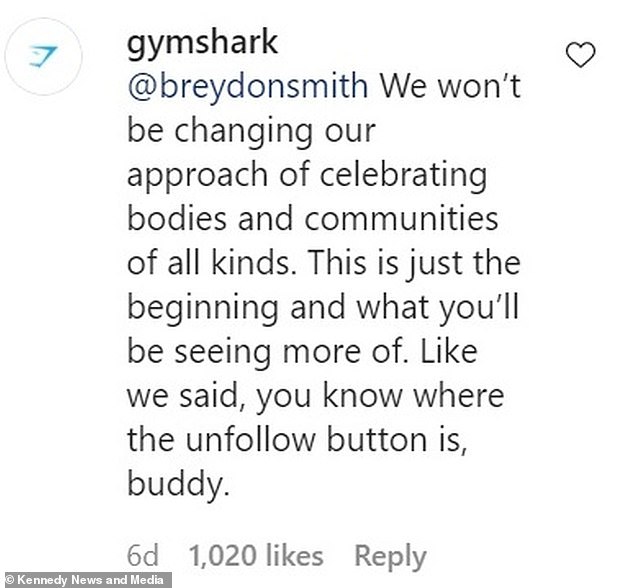 One wrote: ‘Gymshark just doing this for social media lmao.

‘That girl has no business representing fitness. I’m all for body positivity, but this is supposed to be a fitness brand.

‘That lady is not fit whatsoever she doesn’t represent the brand properly.

‘From this post I am now assuming gymshark is a brand for overweight people?

‘Like if this is truly a fitness brand why post an unfit person? Like it’s great she loves her body, I respect that but if she isn’t fit she has no business representing gymshark. 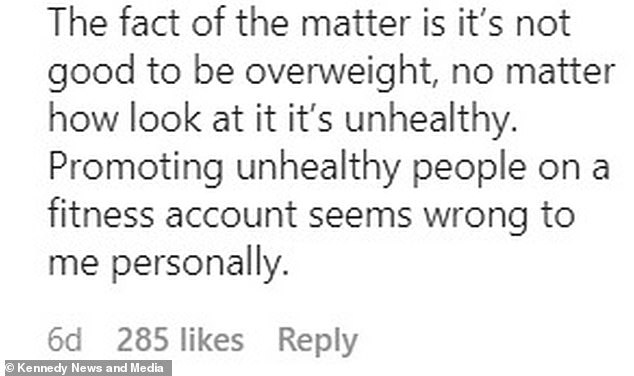 ‘The fact of the matter is it’s not good to be overweight, no matter how [you] look at it it’s unhealthy.

‘Promoting unhealthy people on a fitness account seems wrong to me personally.’

@zshsbxbxjsk wrote: ‘Won’t buy any more products from fatshark after this post. Unfollowed.’

@breydonsmith commented: ‘Welp. I’m so glad a woke warrior is running the page.’

Gymshark replied: ‘@breydonsmith you know where the unfollow button is buddy.’

In the comment thread, Gymshark replied to @breydonsmith again, writing: ‘We won’t be changing our approach of celebrating bodies and communities of all kinds. 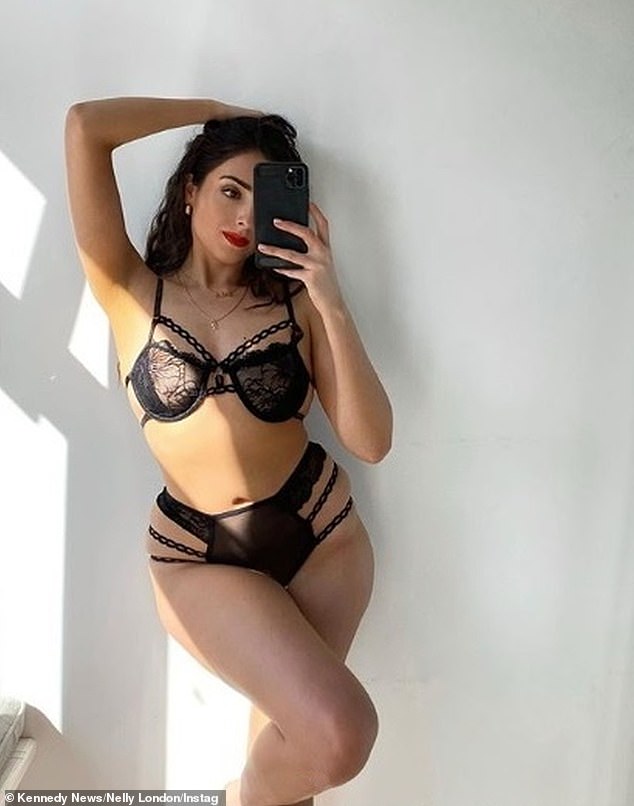 ‘This is just the beginning and what you’ll be seeing more of.

‘Like we said, you know where the unfollow button is buddy.’

However the post was inundated with positive comments, praising Gymshark for showcasing ‘normal’ body shapes and hitting back at nasty comments.

Instagram user @kelseyandaria wrote: ‘I love this, normality is so important!! I’m fed up of seeing Instagram beauty standards!! Her body is actual goal(s) not going to lie.’ 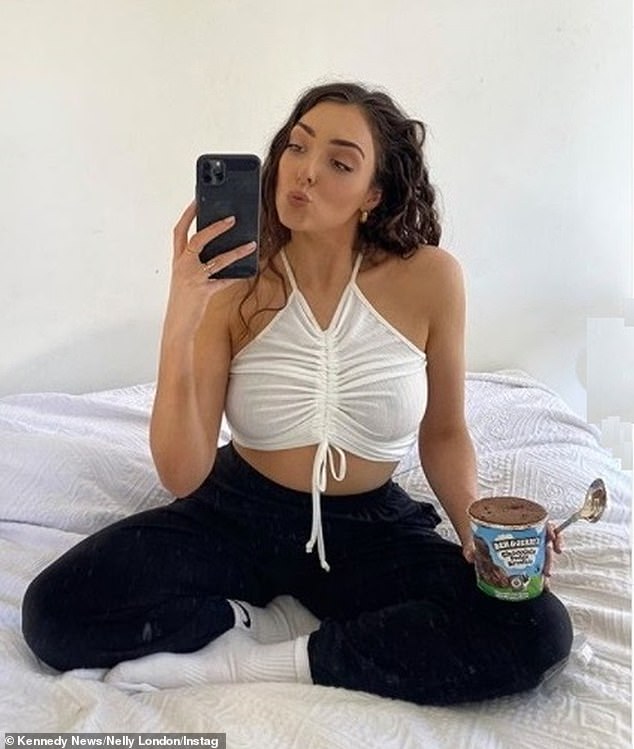 Some followers loved the images of Nelly, pictured here in a snap from her Instagram account, and said it was refreshing to see ‘normal’ bodies on a fitness wear account

@karinairby wrote: ‘These comments suck. Who raised half these people?

‘This woman is beautiful, period. Period trolling this image need to go take a good hard look in the mirror themselves. Absolutely DISGUSTED.’

@olivias.mummy commented: ‘I pity the individuals who comment on this with the belief it is ‘unhealthy’… I’m sorry that society has failed you.

‘I’m sorry that you’ve been taught that healthy = skinny. It doesn’t. 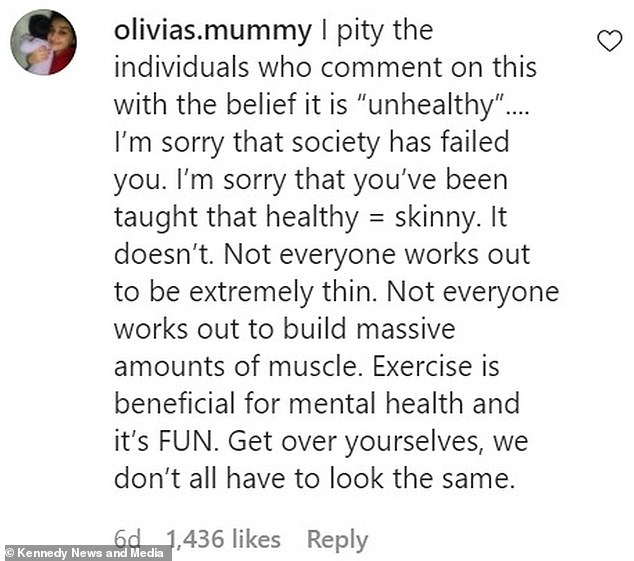 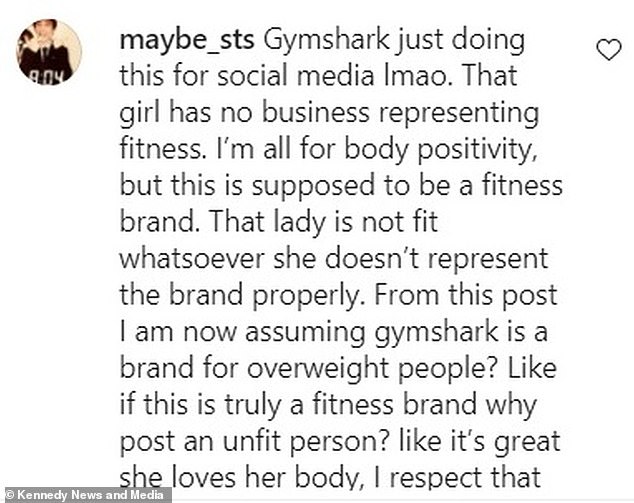 ‘Exercise is beneficial for mental health and it’s FUN. Get over yourselves, we don’t all have to look the same.’

Gymshark were approached for comment but said they were ‘unable’ to.

Nelly London was approached for comment but failed to respond.

09/16/2020 lifestyle Comments Off on Gymshark customers vow to boycott brand over model with love handles
Recent Posts
We and our partners use cookies on this site to improve our service, perform analytics, personalize advertising, measure advertising performance, and remember website preferences.Ok