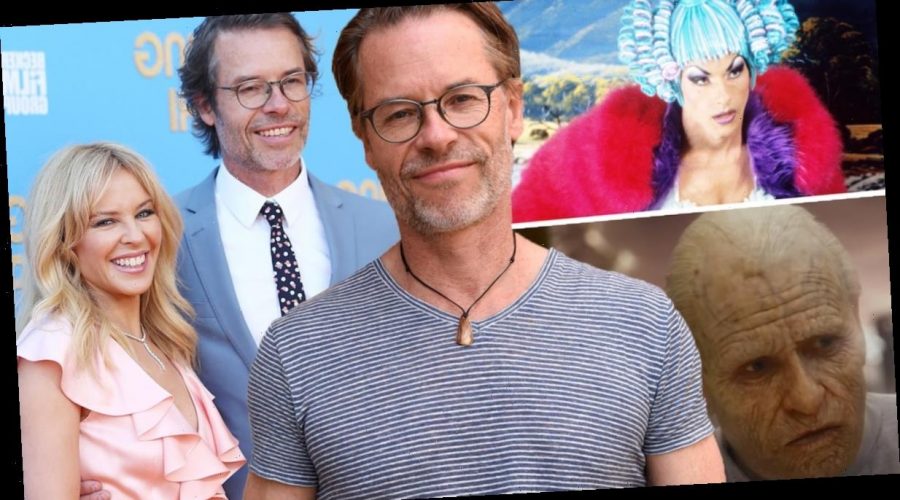 Pearce recalls going to Sydney clubs in drag with his “Priscilla” costars before filming began.

In his 35+ years in the business, Guy Pearce has been a man of many faces.

He began as a heartthrob on the Australian soap “Neighbors,” before a career in which he played a drag queen, noir detective, cannibal, Andy Warhol, King Edward VIII, a secret Marvel villain and even an 103-year-old man.

He’s made quite a few famous friends along the way as well, starting with his soap costar Kylie Minogue. The two appeared on “Neighbors” together in the early ’80s, before Kylie had even started releasing music. Three and a half decades later, she’s still going strong with her latest album, “Disco,” and so is their friendship. 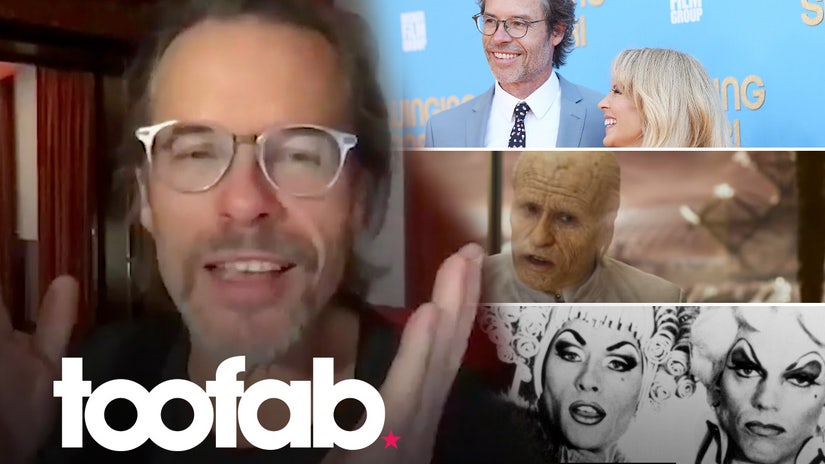 “I adore Kylie. I was talking about Kate Winslet to somebody just before, talking about how much I adored Kate Winslet, and I think the only other person that I adore as much as Kate is Kylie,” Pearce told TooFab while promoting his latest film, “The Seventh Day.”

“She’s an absolute delight. She clearly is a superstar as we all know. She keeps herself as grounded as anybody, and yet she manages to bring out pop song after pop song and pop album after pop album and she really is impressive, and I just can’t believe that I know her sometimes,” he continued. “I send her a message and she sends me a message back and, like, we’re mates and we’ve known each other now since 1985, and I get these messages back and I think, ‘Oh, that’s so nice. It’s Kylie.’ And then I go, ‘Hang on a second, that’s Kylie. I just got a message from Kylie, like that’s amazing.’

“I’m constantly starstruck by her as well,” he said of his longtime friend, saying that one of the best things about being in the entertainment industry is having friends who also blow you away because they are such big stars. The two recently worked together on Stephan Elliott’s 2017 film “Swinging Safari,” with Pearce saying that not only was it a great reunion, but he considers it a “great honor to be in her life.”

Stephan Elliott also directed one of Pearce’s first big films, “The Adventures of Priscilla, Queen of the Desert,” in which he played one of three drag performers on a road trip across the Australian Outback. The film was a critical and financial success, applauded for both its LGBTQ storyline and incredible costumes.

“I thought I looked like my mother,” Pearce said of seeing himself as his character’s drag alter-ego Felicia Jollygoodfellow for the first time. “I saw my mother and my mother hated me saying that. In all these interviews I went, ‘Oh my gosh, I can see my mother.’ And my mother’s like, ‘I don’t look like a drag queen!’ So that was quite funny.”

“But it was amazing … I’ve done lots of theater growing up and one of the great attributes about working in theater is the ability with makeup to change yourself,” he continued. “To transform and to sort of give yourself more of an energetic life this way or something that’s more dour this way, whatever it is you happen to be doing. And with Priscilla of course it was the makeup was something you’re not even trying to hide. It is on show. It’s part of the show. It’s part of who you are.”

Pearce revealed that, near the end of rehearsals for the film, as they did camera and costume tests before shooting actually began, they took that makeup and killer looks out on the town.

“We had done two weeks of rehearsal on that film and the plan always … was that on that Friday of that last two weeks when we did all the camera and costume tests, was that we’d go out in drag that night,” he explained. “So, we’re all fully made up. We’re in drag and we would just go out in Sydney in drag to the drag clubs and see what happens. It was hilarious.”

“I remember getting home that night at about 3:00 in the morning or whatever it was, quite drunk and sort of staggering into my apartment. My dress is all sort of off me, the heels, and my lipstick is [smeared] and I’m looking at the mirror going, ‘Oh my god I’m a drag queen, darling,'” he recalled. “It was really quite hilarious and it was a great sort of entree to the film that we were then about to go and make.”

Another one of Pearce’s on-screen transformations started making the rounds on Twitter this week, after photos of Jared Leto on the set of Ridley Scott’s “House of Gucci” started trending online. In them, Leto is unrecognizable under some old-age makeup to play fashion designer Paolo Gucci. While not as extreme as the makeover Pearce got to play 103-year-old Peter Weyland in “Prometheus,” those on Twitter couldn’t help but point out Scott’s love for prosthetics.

“I remember saying to Ridley, ‘Why don’t you just cast an old man? Why are you casting me in this? Why don’t you just get an old man?'” recalled Pearce. “His answer was, and the original idea was, in ‘Prometheus,’ we were gonna see my character young in the middle of the film, which never ended up happening, otherwise he could’ve just cast some old actor.”

“It’s great, it’s fantastic, and it’s not even just about being unrecognizable, it’s about stepping in, it just aids in stepping into another role,” he said of transformations like that one.

“Whether it’s about a wig, whether it’s about a costume, whether it’s about old aged makeup, whether it’s about another animal, it doesn’t matter what it is, it’s just the fact that it aids in taking you to another place,” he continued. “I mean the irony is that, of course, you’re the only person on set that can’t see your makeup. Everyone else is looking at you going, ‘Oh my god! You look incredible!’ And you’re like, ‘What? What are you looking at?’ You have to look in the mirror every now and then and go, ‘That’s right! I look like a werewolf.'”

“It really does help and it aids in the performance that you’re trying to deliver,” he concluded. “So, yeah, thanks to people like Stephan Elliott and Ridley Scott, we get to have a lot of fun in the jobs that we do.”

See Pearce in action in his latest film, “The Seventh Day,” when it hits select theaters and VOD on March 26.