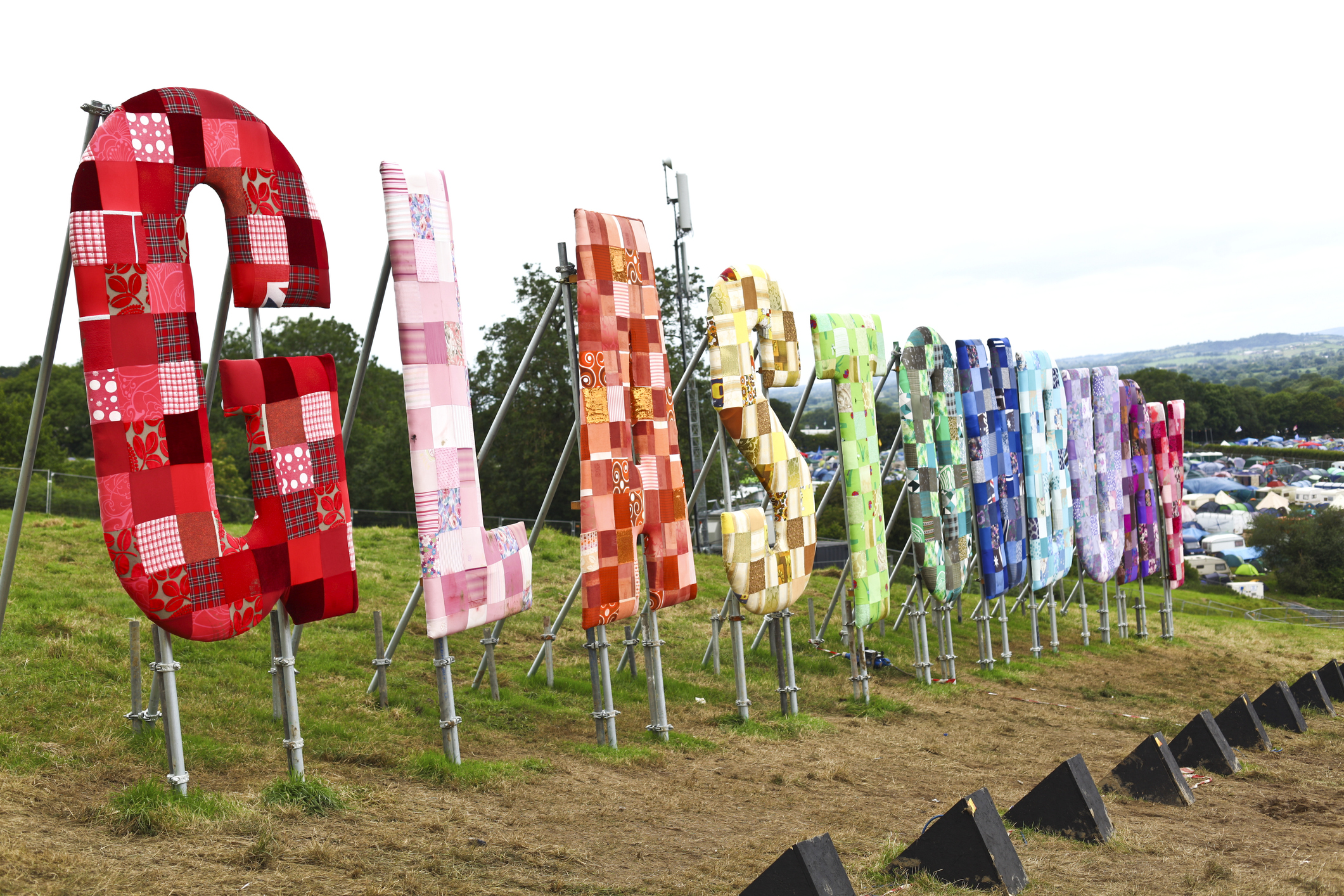 Think of Glastonbury, and the themes of peace, love (and mud) probably spring to mind.

The idea of the ‘hippy dippy’ festival hiking up the ticket price goes against everything Glasto-goers believe in… right?

But when I heard the news, I didn’t balk or groan. ‘That’s still a bargain!’ I said to my husband. ‘Mind you, I’d pay double that again!’, and I have Glasto buddies who I know feel the same.

I’ve been seven times and am already nervous and excited about securing a ticket for 2023, which will go on sale in early November. The price increase won’t stop me from trying my luck.

I’m not loaded, far from it – I’ll make savings elsewhere to cover the cost and treat Glastonbury as my ‘summer holiday’.

To hear me talk about it now, you’d think I’d been going since birth – but I only stepped foot on the ‘hallowed ground’ in 2007.

That first year I was lured into going by the promise of seeing one of my favourite bands, The Killers, as headliners.

I went for the music, much to the chagrin of one friend who was already a Glastonbury-lover, who attended more for the spiritual side.

Back then, I was naïve. I shared a four-man tent with two other mates. We were cold, dirty, and exhausted. But I was in heaven, and I just had this… feeling. One I’d never had before. I had caught the Glastonbury bug.

You know when you’re at a party, and everything just clicks into place – there’s a buzz in the air, you feel like you belong, and everyone is your friend…

Nowadays I couldn’t care who’s performing, it’s all about being there and soaking up the atmosphere. (I do get very excited when it’s a band I love, though – I’m desperate for Pulp to announce for 2023, and Harry Styles!)

Paying £250 to stand in mud, line up for stinking toilets and to be pushed around while eating over-priced burgers might sound like hell, but to me, it is annual heaven.

I cried with joy and screamed, running around our flat when my husband, Geoff, said he’d secured tickets for 2020. Well, we all know what happened next.

The ticket rolled over… and over… and finally we went in 2022. In those two years, though, the farm stayed quiet. Like many other events, the revenue was lost.

I expected the ticket price might go up a bit – I see it with other places I shop, or things I buy.

Imagine you paid per band – that’s around £90 per act. Adding up the smaller acts you see, the cabaret, the performers and so on, and you’ve arguably got yourself a £3k ticket for much, much less.

There will also be those who say it’s now not affordable and not in line with the cost of living crisis. But I would argue that any form of entertainment is not in line – current gig and theatre prices are triple figures for some seats.

There are also the small business owners and freelancers, from the food stalls to the healing therapists and niche performers, that make Glastonbury what it is.

They will need to increase their rates and so the ticket prices will reflect them being paid, too. That’s something, as a freelancer, I totally support.

And then there’s the chance to discover new music, seeing acts that are starting out; doing their first ever Glastonbury performance, through to those ‘dream band’ moments like I had in 2007.

This year I saw Rufus Wainwright, who I’d heard of but never seen, and was blown away. I was close to tears. A big highlight over the years was Beyonce – I know many people weren’t sure if she was a good choice, but she smashed it.

Seeing Noel Gallagher singing Oasis songs was an out of body feeling. I’d never seen Oasis live, and this was the closest I’d ever get to Knebworth.

The final element of Glastonbury for me is becoming ‘Glasto Jenny’ when I get to the festival.

I dress differently, I wear more make-up and I often have my hair down, which I don’t do in ‘real life’. It’s a place of self-expression without judgement, and I adore that side of the festival.

There have been years I didn’t get a ticket, of course. One June, I hid in the bedroom while my other half watched Tame Impala on the TV. I was in envious tears of those in the crowd (I managed to grow up enough to watch The Cure).

In 2022, as the sun set, with my beloved Elbow playing One Day Like This and I cried again. It’s just a feeling you can’t put a price on.

Over the years I’ve been lucky enough to even have been given press tickets to the festival, when I worked for a national newspaper. We stood by the photography pit watching The Maccabees, and realised that Florence Welch was standing just a few metres away.

I know I make it sound idyllic and I agree with you, if the mud looks awful, it generally is.

It requires a will of steel to keep going when it’s knee-deep, and the rain is falling. I’ve only ever been to one fully dry Glastonbury – 2022 – and it was a revelation. Seeing the festival without it being a mud bath just made me long for future visits even more as I was taken to a higher plane of loving this place.

And so when the 2023 tickets go on sale, I won’t be balking at the price. I’ll be grateful to those who go to such lengths to make the place what it is for people like me and my friends who would go for double, even triple the price.

Madness? Maybe. But that’s also the best word to sum up Glastonbury.