A classic of any kind holds its history as well as having something to say to today's generation. Teatro alla Scala Ballet Company's beautiful production of Giselle succeeds memorably on both counts. 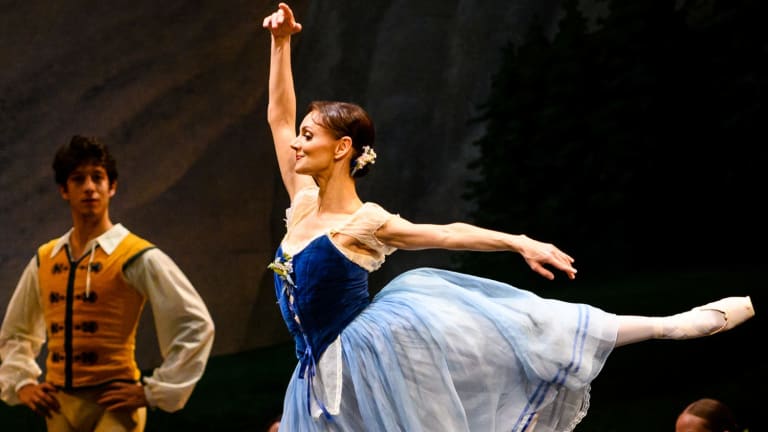 A total contrast to the boisterous Don Quixote with which the Milan company began its Brisbane season, this Giselle is rewardingly old-fashioned in its formality and style. There is no updating, no gimmickry and the quality of the dancing shines through in choreography by Jean Coralli and Jules Perrot to music by Adolphe Adam, with magnificent sets by Aleksandr Benois.

Yet in the day of #MeToo, the story is also surprisingly relevant. A peasant girl, Giselle, is courted by a prince pretending to be just another young man from the village. When he has to admit who he is, and that he is already engaged, she dies of grief and joins the sisterhood of jilted brides who died, the Wilis, who avenge their treatment by hounding the perpetrators to dance to death in the forest.

It's quite a grim theme, despite the happy village dances in Act I, along with the sweet romance between Giselle and Albrecht, and it's one this production doesn't shy away from. The 26 Wilis and their Queen, all in white tulle, are as menacing as they are beautiful in their strict lines, corralling their prey and relentless in their pursuit.

It's both an emotional and virtuosic peak as Giselle struggles to save Albrecht. Maria Eichwald and Claudio Coviello, in the leading roles, dance and act with outstanding skill and conviction. She is feather-light and fragile yet steely in her pointwork; he has amazing feet, liquid phrasing and seemingly effortless buoyancy.

The choreographic highlight of Act I, the peasant pas de deux, lived up to its reputation in the hands of Martina Arduino and Nicola Del Freo, whose virtuosity is thrilling.

Marco Agostino, as the ill-fated Hilarion, creates a distinctive character as well as dancing strongly. Maria Celeste Losa is a powerful Queen of the Wilis, with her giant jumps and unyielding personality.

Supporting characters and the corps de ballet are also convincing in their dancing and portrayals, especially the Wilis, whose cool precision is a rare theatrical treat.

This production was staged for La Scala by the great dancer Yvette Chauvire in 1950, nearly a century after its premiere. The mime and gesture of Act I are part of that history, along with some unfamiliar groupings of the ensemble.

There is also a moment I don't recall from any other Giselle, and it brings us back in an ironic way to #MeToo. We know men are not all bad, and in this production, as Giselle starts to falter at one point, it's the men who show their concern. The girls just keep on dancing.