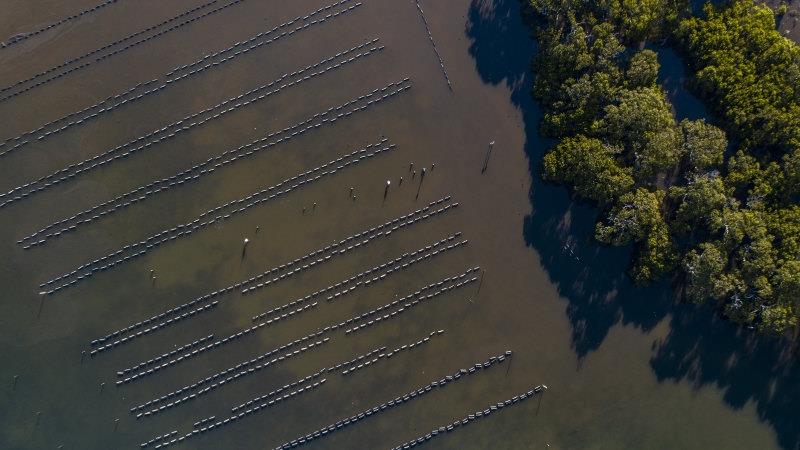 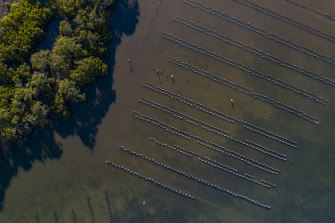 Oyster farmers are confident there will be an abundance of oysters in top condition over summer despite heavy rains flushing out estuaries and disrupting harvest. 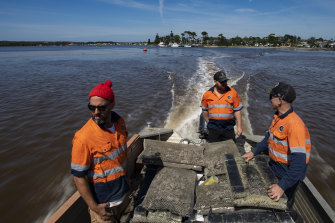 Speaking just after a morning on the water dodging the lashing rain squalls while tending his leases on the Shoalhaven River on NSW’s South Coast, Waite Derwent said oysters were sourced from different estuaries along the coast and farmers had held over stock from before the wet weather hit to accommodate supply blockages. 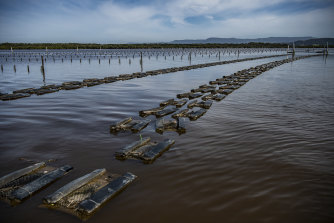 “This is shaping up to be a pretty wild summer. It doesn’t feel like summer today, that’s for sure, but we always seem to have somewhere that misses the weather,” said Mr Derwent, the Shoalhaven regional manager for the Australia’s Oyster Coast company.

“I really think that there won’t be trouble with supply over summer,” he said.

Filter-feeding oysters are farmed in salty estuaries where the Pacific Ocean mingles with nutrient-rich water from coastal rivers. 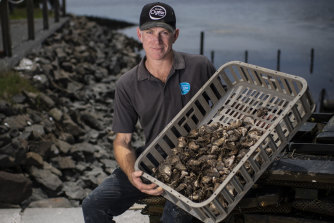 Food safety rules require a certain level of salinity in the water, measured in the parts per million, before oysters can be harvested.

Rivers can wash sediment and other nasties from the catchment and measuring the salinity is a good safety test, along with stringent water quality monitoring and oyster meat sampling done by officers. 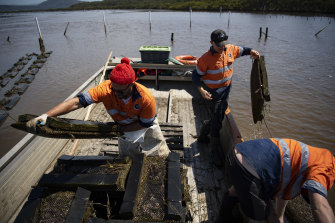 The Bureau of Meteorology in November declared that a La Nina event was in full swing, with climate scientists saying it would bring cooler temperatures, more rainy days and a higher risk of big storms.

The chair of NSW Farmers’ oysters’ committee, Todd Graham, farms on the Macleay River on NSW’s North Coast, which has also been deluged.

“We are already seeing signs that the river is cleaning up,” he said. “We’re at 23 parts per million salinity at high tide now, and harvesting on the Macleay needs 26 parts per million, so we’re not far off.” 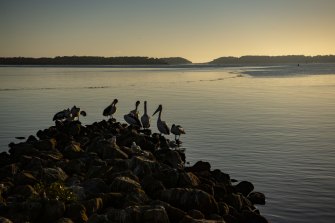 Pelicans at sunrise along the Crookhaven River. Credit:Wolter Peeters

“We should get a lot more of the bistro plate-size Sydney Rocks this year, rather than cocktail-size oysters, than we normally do,” he said. “With the floods last year farmers held on to their stock and grew them for longer than they normally would.”

The cooler weather from the La Nina cycle has some benefits for oyster farmers, Mr Derwent said.

The North Coast of NSW supplies the bulk of oysters over summer, along with the Shoalhaven River, and it is still warm enough for them to be productive.

The upside is that estuaries further south such as Merimbula and the Clyde River, which usually turn out more stock in winter, are still producing in the cooler weather heading into summer.

This means oyster aficionados can compare the characteristics from estuaries up and down the coast.

Wallis Lake oysters are known for their rich, creamy flavour and it is a similar story in the Shoalhaven, Mr Derwent said.

“I would say that they’re the blue cheese of oysters because they’re quite rich in flavour and creaminess. You’ve also got the estuaries down south like Wapengo and Merimbula that are more oceanic-fed, so you get a mineral and briny flavour.”