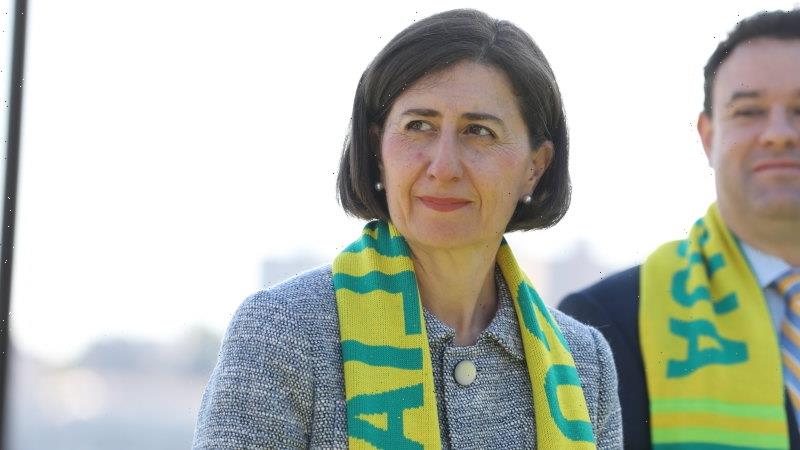 NSW Premier Gladys Berejiklian has challenged other states to take more international arrivals as new figures show Victoria is lagging far behind the others in bringing Australians home from overseas.

But acting Victorian Premier James Merlino and WA Premier Mark McGowan say they want more control over who is allowed to leave Australia and return to hotel quarantine in their jurisdictions. 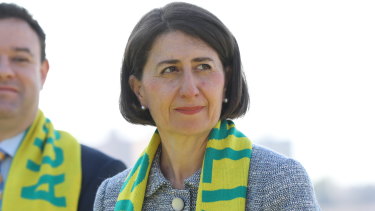 Mr McGowan is seeking support from other state leaders to limit the reasons Australians are allowed to leave the country following a three-day lockdown in Perth and the neighbouring Peel region to prevent new cases after a traveller returned from his wedding in India with the virus.

Analysis of weekly arrival caps by The Sydney Morning Herald and The Age shows NSW can take about 37 arrivals per 100,000 residents and Western Australia can take 38 returned travellers for every 100,000 people living in the state. But Victoria’s cap sits at 13 people per 100,000, and Queensland is even fewer at 10. In contrast, South Australia takes almost 30 arrivals for every 100,000 who live there.

Ms Berejiklian rejected the call for states to be given the power to restrict who enters hotel quarantine, saying it is “not a call for the states” to determine why citizens should be allowed to travel. Exemptions set by the federal government currently exist for circumstances like funerals. But she does support a different system to calculate how many arrivals each state should be managing through hotel quarantine.

“I would be more than happy to have a system which determines how many people you can bring back … based on the population of your state,” she said, adding she had raised the idea at previous national cabinets. 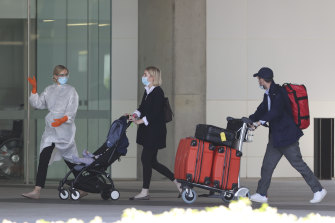 Since the start of the pandemic, NSW has taken 125,856 arrivals – just less than half of the nation’s returning travellers.Credit:Alex Ellinghausen

Mr Merlino said Victoria supports all states setting their international passenger intake to any limit they can safely and reasonably manage.

“Given the increasing risks posed in so many countries and the delayed rollout of the vaccine here in Australia, it is neither safe or logical to allow thousands of people to leave every month for a wide range of reasons including attending weddings,” Mr Merlino said.

“Australia’s international borders are currently closed for good reason – until it is safe to open them again, people should only be leaving the country for genuinely urgent or compassionate reasons.”

The Australian National Audit Office is now undertaking its own assessment of how travel arrangements have been managed across the international border during the COVID-19 pandemic. There are six departments whose actions will be analysed during this audit, including the Prime Minister and Cabinet, Infrastructure, Home Affairs and Foreign Affairs. A report is due to be tabled in November.

The Australian border has been shut since March 2020 and more than 36,000 Australians are trapped offshore due to caps on the number of quarantine spaces. Borders are expected to remain closed until at least June, with Health Minister Greg Hunt previously saying the ongoing vaccination roll out would not be a guarantee international travel restrictions can be lifted.

During National Cabinet last week state and federal leaders agreed to reduce flights from India to Australia by 30 per cent and impose restrictions on other high-risk countries facing outbreaks of coronavirus in order to manage the risk of the disease spreading locally.

On Monday, federal Home Affairs Minister Karen Andrews confirmed the man who sparked Perth’s Mercure Hotel cluster, and subsequent lockdown, was granted permission to travel to India in December to get married. Mr McGowan has raised concerns too many Australians have been granted permits to travel overseas and wants the federal government to tighten the rules for “non-essential” travel, which he says includes studying and getting married.

Ms Berejiklian said “public sentiment would say you should only be leaving our shores if you absolutely have to”, but she did not believe it was the states’ role to limit returning travellers.

“At the end of the day, the quarantine system needs to be as strong as possible, no matter what reason people are returning to Australia,” she said.

However, Mr McGowan said the Commonwealth doesn’t want to manage it because it’s risky and they want to be able to blame the states if something goes wrong. Defence Minister Peter Dutton told ABC’s Insiders on Sunday that states and territories had agreed 12 months ago to use hotels with federal facilities not suitable to be used for quarantine.

The ANAO is in the process auditing the handling of the national medical stockpile during COVID-19, as well as the Tax Office’s handling of the $90 billion wage subsidy scheme JobKeeper introduced at the height of the pandemic to keep workers connected to their employers while businesses were closed down.

Get our Coronavirus Update newsletter

Stay across the news you need to know related to the pandemic. Get it every Monday.