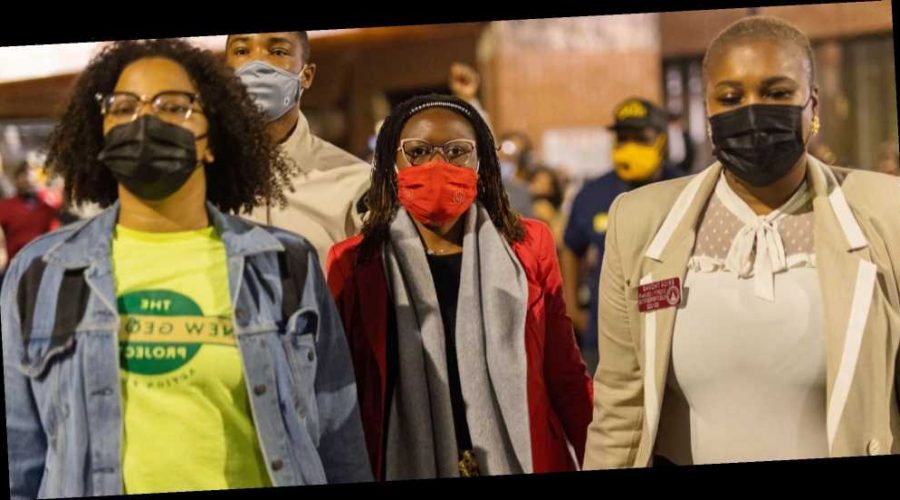 Georgia lawmaker Park Cannon is speaking out after her arrest yesterday while knocking on Gov. Brian Kemp's office door.

Cannon, a Democratic representative of the state, later said she was "fighting voter suppression," as she knocked on Kemp's office door after Georgia State Patrol troopers instructed her to stop. According to the Associated Press, Kemp signed a law on Thursday that includes new limitations on mail-in voting and more legislative control over how elections are run. Democrats and voting rights groups have said the law will disproportionately disenfranchise voters of color.

In videos posted to social media of Cannon outside of Kemp's office, officers were told repeatedly that Cannon is a state lawmaker.

Per NPR, Georgia's Constitution says lawmakers "shall be free from arrest during sessions of the General Assembly" except for treason, felony or breach of the peace. Cannon's arrest prompted outcry from Georgia officials such as Jon Ossoff and Raphael Warnock.

Following her release, Cannon tweeted, "I am not the first Georgian to be arrested for fighting voter suppression. I'd love to say I'm the last, but we know that isn't true."

She added, "But someday soon that last person will step out of jail for the last time and breathe a first breath knowing that no one will be jailed again for fighting for the right to vote."

"In 11 years, I never witnessed a massive bill approved at such speed and signed in such desperation," she added. "This wasn't efficiency or principle. This is cowardice."

Cannon's attorney Gerald A. Griggs has said they intend to "vigorously defend against these charges" against her.

03/27/2021 lifestyle Comments Off on Georgia Rep. Park Cannon Was Arrested During a Protest at Governor Brian Kemp's Office
Recent Posts