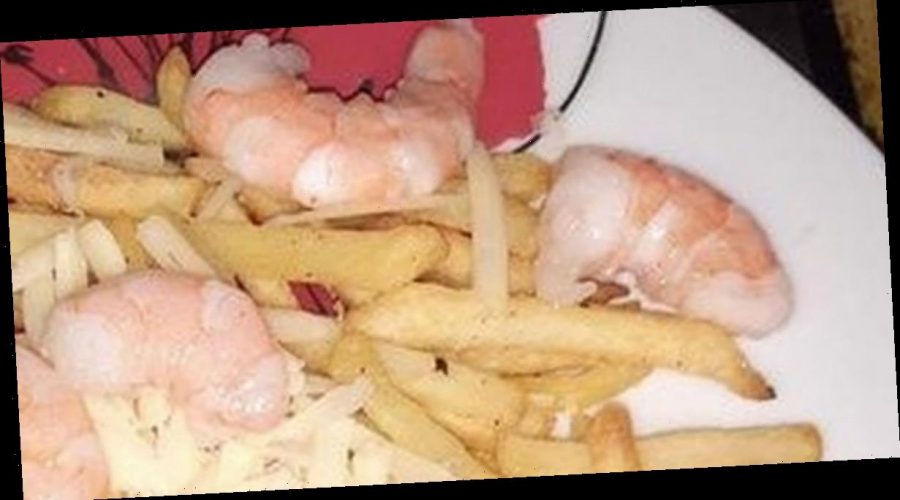 Many of us marked Valentine’s Day with meals at home.

While some tucked into decadent steak dinners and romantic desserts for two, others decided to get more creative in the kitchen.

On the Rate My Plate Twitter page, a bloke called Michael H decided to put his own twist on the festivity.

Instead of going down the traditional route, he served up a dish like we’ve never seen before.

He dished up his prawns with served with fries, cheese, meatballs and gravy… yes you read that right.

Michael didn’t name his unusual creation – but the picture was captioned: "Prawns & chips with meatballs in gravy and some cheese”.

The Rate My Plate post garnered more than 1,100 likes – but that majority of people admitted it was "sick" and had turned their stomachs.

One commenter joked: “It’s a Valentine’s meal that’s a sure way of getting dumped.”

Another said: “The last time I saw something like this it was lying on a pavement with people stepping around it.”

A third wrote: “It looks like something diagnosed in an STI clinic!

“Michael I’m honestly impressed that you have someone to cook for on Valentine’s.”

Another said: “People get put away for less.

“Michael H should never be allowed anywhere near a kitchen again. Or a plate. Or cheese. Or prawns. Or French fries because those are not chips.

“Or a supermarket for that matter.”

And a fifth admitted: “I’ve lost my appetite. Forever."

Harsh words… but would you try Michael’s grub? Don't forget to let us know in the comments section below.